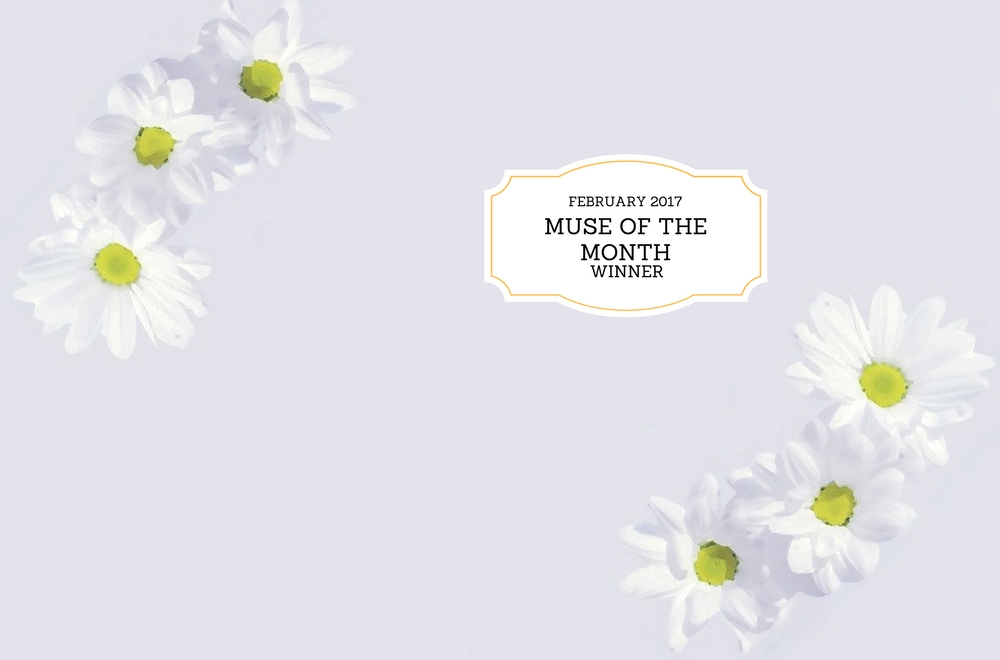 “And no, I wasn’t a lonely soul waiting to lean on a man’s shoulder but how could I be sure of someone fathering my autistic child?” A short story.

Here is the second winner of our February 2017 Muse of the Month contest, Nandita Sharma.

The cue for this month was from the movie Piku, in which Piku confirms that if her friend wants to marry her, her 90 year old father comes along with her.

It wasn’t love at first sight.

For it was supposed to ferment and flower with the passage of time. And before the keen desire surfaced to the fore with a date in destiny, everything else at that morning was in disarray.

The generosity of the weather gods had toppled my travel plans and the blocked highway had forced me to choose a sluggish yet serene train journey, meandering uphill to reach back home. Courtesy the unexpected torrential rains, I had somehow managed to secure a berth amid all the chaos. Absorbing the cacophony of noise around me, I had hurled my luggage on the window seat as water kept dripping down the erstwhile coach of the narrow gauge beauty.

Post the commotion, the seat right opposite me was occupied with the same urgency. He had landed with a bang, adjusting his wet belongings in a rather cramped coach. Despite the hustle, he seemed more poised and less strained.

In the next few seconds, the train slowly wheeled with the typical noisy whistle, as I swivelled my head to peer at the surroundings, drifting away by each passing fragment of time. A discreet reminder of the life’s segregated alliances and of the emotional debris.

The thought dwindled as it entered a pitch black tunnel. And after hovering for a while, the next obvious fret gripped my conscious. My anxiety levels escalated a bit as I glanced at my watch, alarming me of the helplessly stretched journey and the mounting concern pinned up exclusively on Danish. He had been getting restless in his mother’s delayed absence. My attempts to persuade him over the phone had left me visibly more disquieted. And to suspend that spell of discomposure, Khaled Hosseni’s Kite Runner was my only recourse.

The unceasing chugging of the wheels on the tracks made for the background score. And wilfully rebuffing the equally alluring landscapes, I had quite engrossed myself in the captivating narration. Nonetheless, the thought of having left Danish alone in my mother’s care for the first time, kept bobbling in intervals.

The train halted midway at an isolated station, so did my reading. I had savoured a few more pages by then. I lifted my drooping neck up, to realise that he had been observing me. His compassionate glare had made me a little uneasy. He could immediately decipher my unpleasantness and I had perhaps, quashed his modest hopes of a conversation between two co passengers. He opted to look the other way, deliberately shifting his focus to the heavy pouring that had reduced to a drizzle by then.

If not desolate, I had turned out to be reserved by choice. It is like conquering the dark against the starry skies with your own set of artillery.

My extended journey concluded by the setting sun. As I abandoned my seat in haste, the clouds had already relieved themselves except for the piercing chill that greeted me. He too, stepped after me but with all the ease. Taking control of my extra luggage, I chanced to exchange a glance, and his eyes, still afloat with a wishful inclination, that I had silently suspended sometime back.

I headed home straight thereafter; a trail of his mute affinity though, clanged to my already occupied senses.

Danish was all over me, conjoining his delight and discontent simultaneously in a cluttered voice. Renouncing the weariness of the day, I held him in my arms firmly. Much to my surprise that evening, his ecstatic tales gradually unfolded to give me a vivid account of the last three days spent without him, of course, accompanied by those long pauses. He was awake to confide in me the occurrences of the past days with his peculiar habit of repeating the same sentences over and over.

“Mama I had not seen you around for so long. You had left me with granny”.

“She pulls my cheeks”.

“The neighbour’s dog had scared me yesterday. Why did you go”?

Being an autistic child all these years, he seemed to have suddenly scaled a level in his verbal skills, widening his static expressions and exhibiting more physical contact.

I had surrendered to my six year old’s ranting merrily, other than being accustomed to his hushed manifestations. It was requisite to calm him before he dodged me in deep annoyance and was unmanageable. Somewhere, it was far easier to deal with his concoction of paltry complaints and subdued silence than the emotional combats I had braved, when he wasn’t a physical being yet. We shared a bond that was deeply fulfilling, notwithstanding his developmental & psychological struggles, and that one man missing in his life. He was more like the street lamp shedding pools of light on the deserted pavements of my life.

My absence had perhaps made him a little more vocal, invoking his otherwise dormant demeanour. However, the complacent mother in me, as always, was wary of his future.

The next morning was bright and motivating. As soon as Danish left for school with a dash of smile in his usually uncommunicative eyes, he had unknowingly left traces of it for me to inhale, for the rest of the day.

I was bracing up for the graphic presentation, hoping to be in office before my associate prompted me with a ping. “I am leaving and I shall be back by four”, I informed my mother, gliding towards the door, positioning the day’s curriculum in my mind and a self reminder to fetch Danish’s favourite pastry from the Mall road. Self drive, and a short but exhausting steep walk to the office, was just the beginning to an eventful day. In the latter half, there was yet another brief encounter in waiting.

Wrapping up the day’s work, I had been hurriedly walking down, grasping the iron railing along the slope. Suddenly my yesterday’s co passenger made an appearance from an alley behind me. His warm stare had an invitation whereas my reluctance was profound. I didn’t expect to cross paths so soon.

The inevitable collision on the very turn I took to office occurred often, fuelling the reckonings of my restless mind. I suggested myself another way, completely oblivion of the forthcoming turn of events. But I guess we often meet our fate on the same road we take to avoid it.

The following weekend was set for a get together at my sister’s place. It was one of those longed escapades, away from my hectic routine. I had just settled down sipping my drink, and the door opened to a surprising concurrence of circumstances. He was right there, protagonist of the fate’s conspiracy.

Bribing my disbelief, I paused to take a breath, contemplating at the speed of lightning that the chance meetings were probably, too close to be mere coincidences. My co passenger had a name now. My sister’s friend’s brother, Sarthak, had elevated from being a stranger to an acquaintance.

That one meeting culminated into many more in the coming days. Befriending him gave me an insight into the grounded human that he was. In between his dedicated schedule as an adventure enthusiast and my priorities, we had soon begun to nurture a friendship.

Nestled under the sprawling devdaars, the city’s infamous cafe on the other end of the Mall was witness to our frequent off loadings, usually charged up by a set of common friends. I played hide & seek with the day’s time table to accommodate myself into the rejuvenating rendezvous.

Close to the possibility of a relationship, I had however, consciously, started weaving yarns of my conflict. A period of seven odd years was sufficient to have transformed me into a more accepting single parent, after having detached myself completely from an insensitive life partner, even while carrying Danish inside me. I was rather content, away from his constant sexual fixations. He never turned back to check on his own blood. Still, my apprehensions pounced on the thought of a new union, like a hungry lizard plying its sticky tongue on to a massive swarm of clumsy termites.

Sarthak was well aware of my past and that my foremost indulgence was Danish. And no, I wasn’t a lonely soul waiting to lean on a man’s shoulder but how could I be sure of someone fathering my autistic child? If someone wished to be a part of my existence, along came my biggest responsibility. Perhaps, the sceptic mother in me was not ready for that investment yet.

Eventually, the impending proposal came by.

The town was beaming with the New Year eve fervour and the wintry discomfort had crept in with the season’s first snowfall. It was my birthday and no, he wasn’t there to wish me in person. Instead, a courier boy knocked at the door, with a box and a blue envelope, just before afternoon. They exuded an uncanny fee though. The tiny box housed a pair of elegant earrings and the blue envelope was stamped with an affirmation. A birthday wish was followed by an engaging disclosure.

“I have been keeping this blue envelope in my closet for long and as I depart with it, I want you to know that I am very certain to spend the rest of my life with you. And when I say I accept you, I acknowledge and heartily embrace all your fears and responsibilities. I shall eagerly wait for your reply and my treat too”. I stared at the words in speechless adherence before my musings were interrupted by a phone call.

The blue envelope had managed to sparkle my soul and there was a voiceless nod to the call of love.

Nandita Sharma wins a Rs 250 Amazon voucher, as well as a chance to be picked one among the top winners at the end of 2017. Congratulations! 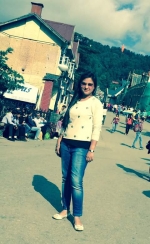