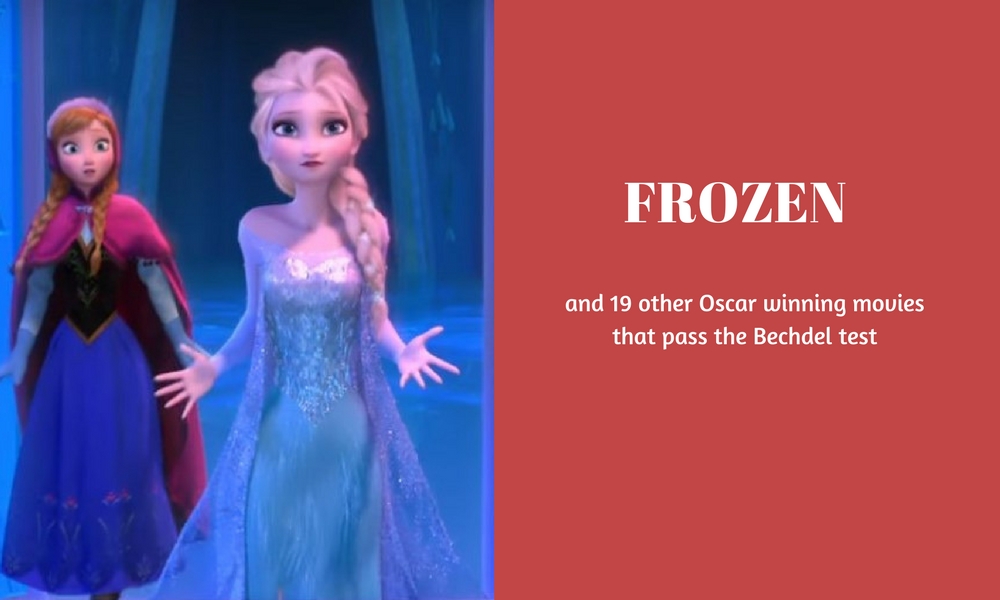 Have You Watched These 20 Oscar Winning Movies That Pass The Bechdel Test?

Oscars 2017 are on this Sunday, 26th February! Check out these Oscar winning movies that pass the Bechdel Test, which are few and far between.

So what is the Bechdel Test?

In a culture where women are usually just seen and not heard, and having lives that mostly are supposed to revolve around the men in their lives (yes, this does not just happen in India!) Alison Bechdel came up with this test – a movie should have at least two woman characters, both named, and having a conversation with each other about something other than men – be these boyfriends, husbands, sons, fathers, or any other man for the matter.

Appearing as a cartoon strip by Alison Bechdel for the first time, this became one of the litmus tests indicating feminism in movies, though not all movies that pass the test are feminist in nature, and not all feminist movies pass the Bechdel Test – for eg., Gravity (yeah, feminist!) in which the only main characters are a man and a woman!

The Oscars are considered to be the highest order of appreciation that a movie can receive. However, it becomes important to see whether such a major gala affair considers movies with well crafted, named, and actually speaking women characters who are important to the movie while deciding the winner.

So, let’s take a tour and find out more about the Oscar winning movies passing Bechdel Test – some of them just barely, showing how women are made invisible in popular media – through the past few decades of movies.

The presence of two strong female characters- the Snow Queen Elsa and her sister Anna –  and their meaningful discussions make this one of the Oscar winning movies passing the Bechdel Test. They interact with each other about their parents, their kingdom and their own relationship with each other, among other things.

Clearly, the two lead characters are females. Most importantly, there are no lead male characters, and the film clearly progresses on the shoulders of Merida and her mother.

The story of a young princess’s attempts to dissuade her parents from getting her married to an unsuitable match and to undo the black magic which turned her mother, the queen, into a bear – makes it one of the clear Oscar winning movies passing the Bechdel Test.

Category: Out of four nominations, won the Best Sound Mixing.

The movie documents the CIA and US Navy’s effort to capture Osama Bin Laden, with the many important strategies being discussed by Maya and Jessica. The strategies that are of utmost importance to the narrative of the movie are influenced by these two female characters.

It is majorly a love story between Pat (suffering from Bipolar Disorder) and Tiffany (suffering from depression). Still, Tiffany & Veronica speak to each other at the dinner party about each other, making it pass the Bechdel Test, however, weakly.

Category: Out of four nominations, it won for Best Animated Feature Film.

Of course, it is an animated movie about the ‘lives’ of toys, but in this too, there is a strong presence of women characters in the forms of Mrs. Potato Head, Jessie and Barbie doll.

Ballerina Nina (Natalie Portman) has multiple important discourses with her overbearing mother, Erica concerning her upcoming role in Swan Lake. Both these characters are that of strong women.

Category: Best Original Screenplay; also nominated for Best Actress and Director, among others.

The story has more than one themes- teenage pregnancy, surrogacy as well as adoption.

Juno’s dynamics with Leah (her best friend) and Vanessa- the woman who wants to adopt her child as well as provide support for Juno, makes this a perfect example for Oscar winning movies passing the Bechdel Test.

Category: Movie received eight nominations, out of which won four of them, including, Best Picture and Best Director.

Even though the movie focuses on her husband, Llewelyn, the movie gives ample time to Carla and her mother to have discussions not actually centering around any male characters – rather, just the two of them.

Olive (Abigail Breslin) after arriving at the beauty pageant she had rallied to compete in, finally meets the Miss California. This Oscar winning movie, passing the Bechdel Test for its portrayal of a little girl’s ambition to win an ambitious title and meet her role model is, indeed, a heartwarming combination of adventure and comedy.

Ofelia and housekeeper Mercedes have their many discussions about their shared fascination with fairies, extravagant dresses and the rebels hiding in the mountains.

Maggie, a kind-at-heart woman, who is also a boxer-in-training, comes back to her hometown to offer her mother, Earline, financial support and a better life. She declines on account of it threatening her benefits. This exchange makes this Oscar winning movie pass the Bechdel Test.

The Japanese Anime fantasy film is centred around Chihiro/ Sen’s efforts to remove the black magic cast on her parents by the evil witch Yubaba, and the help she gets from from Yubaba’s sister Zeniba. The interaction between the three female characters on separate occasions, makes it one of the topmost Oscar winning movies passing the Bechdel Test.

An unemployed, single mother’s quest to sue her doctor over a traffic accident in which she got injured as well as to find a job to sustain herself and her family, the movie is a very interesting biopic on American legal clerk and environmentalist Erin Brockovich. The very realistic portrayal of the diplomacy one has to face to uncover the truth makes this one of the Oscar winning movies passing the Bechdel Test.

It is an American psychological drama, based on Susanna Kaysen’s memoir of the same name. It is about her eighteen month stay in a mental asylum. Susanna is shown to have many discussions with her newfound friends Georgina, Polly and Daisy and the discourses on many pressing mental disorders such as schizophrenia, mythomania and OCD.

The movie passes the Bechdel Test due to Carol’s venting out her frustrations with her mother, albeit in a “Thank You” note.

The movie is based on a novel of the same name by Jane Austen. It is the story of Emma Woodhouse and the many changes- in terms of events, situations and people in her life, consisting, among other things, her conversations with her best friend(s).

Molly and Oda Mae’s quest to contact the ghost of Molly’s boyfriend, Sam while they simultaneously understand the supernatural phenomena.

Alice Hyatt’s struggle to start a new life after her abusive and uncaring husband’s death with help from her friend Florence.

How it passes the Bechdel Test: Buck’s (Clyde’s brother) wife Blanche and Bonnie share a mutual hatred for each other at first sight, later on expressing it verbally while getting away from a shooting spree.

Category: Many nominations, won for the Best Costume Design.

The movie contains many a quarrel between sisters, Baby Jane Hudson and Blanche, constantly insulting each other and making each other’s lives difficult.