“Unwilling at first, she understood that she had to bring courage from her innermost reserves and step out into the world, even if it meant working in a bank to feed her family.” A short story. 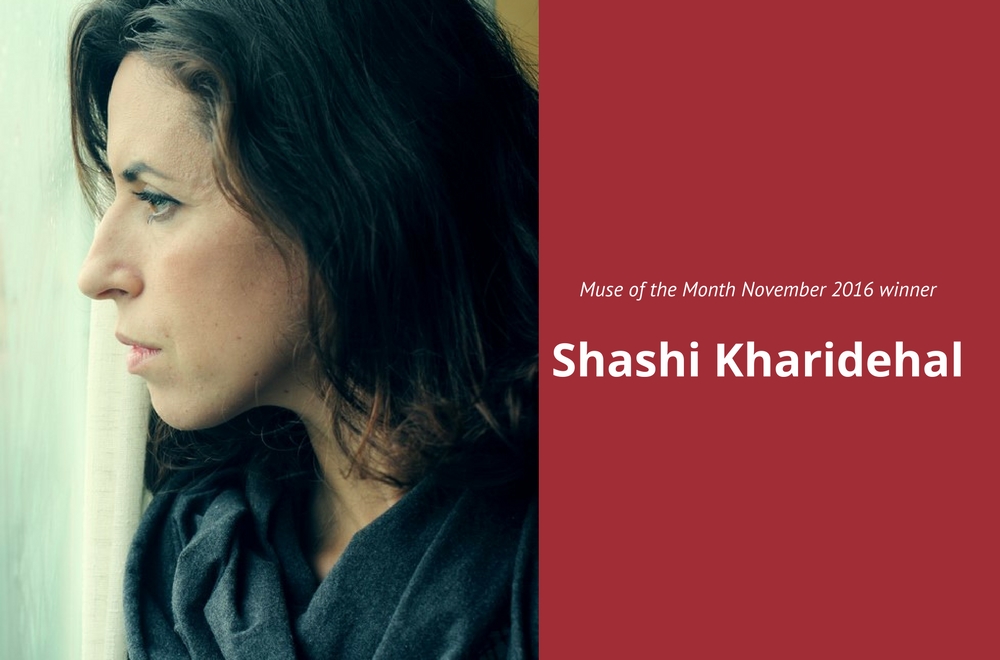 “Unwilling at first, she understood that she had to bring courage from her innermost reserves and step out into the world, even if it meant working in a bank to feed her family.” A short story.

Here is the fourth winner of our November 2016 Muse of the Month contest, Shashi Kharidehal.

Latha hurriedly parked her two-wheeler in the parking lot of the bank’s premises. Customarily nodding her head in response to the security guard’s salute, she rushed inside and went into her cabin.

It was just past the lunch hour. Customers were slowly trickling in and the bank staff was gradually resuming their duties. A knock on the door made Latha look up. With a broad smile, she beckoned Reena in.

Latha replied, “It was wonderful. I cannot tell you how proud I felt looking at Shalini walking up to the stage to receive her graduation certificate.”

Reena remarked, “It is your efforts and hard work that put her there.”

Latha shook her head and said, “No! No! It is all Shalini’s perseverance and talent.”

“Yes, but you were her biggest support.” Reena was suddenly called by a clerk and she excused herself saying, “Don’t forget to distribute sweets today.”

“Oh, I will definitely,” replied Latha.

The next few hours went in a whirl of activity and Latha had barely any time to think. At the end of the day, as it often happened, she was one of the last to still be at her desk clearing pending work. In those moments of solitude, Latha could not help but wonder how far she had come after that catastrophe that had changed her life forever.

It was nearly fifteen years ago. Shalini was six years old and Siddarth was a toddler. Their father was a gregarious, lively man who was the life of every party they went to. Latha was then a homemaker. A girl from a small town, she was not convent-educated and had studied in a college, where the medium of instruction was Hindi. She had however adjusted to the city life, living the busy life of a homemaker, taking care of the needs of her family. She never felt a desire to step out of her house and do something for herself. Then on one mundane Tuesday, things broke down in a way that she could not handle. Her husband met with a horrific accident and was taken out of their lives in the matter of seconds.

One year passed and then two. Distraught with grief, blinded by uncertainty, terrified of her present and future, Latha had become a mute statue around whom affairs were being settled by concerned family members. Somehow, she realized that she could not survive in this fashion any longer. Unwilling at first, she understood that she had to bring courage from her innermost reserves and step out into the world, even if it meant working in a bank to feed her family. She knew she was lucky that the bank was offering her husband’s job, if not his position, to her. But it was not easy for her to go to work when she had no clue how to work with a computer, talk in English or interact with male colleagues. The first few days were sheer torture for her as she navigated her way through the bank, taking help whenever she could.

The first couple of years, Latha had a hard time and was prepared to give it all up. However, she knew that she had no one to fall back on and understood that in life, there were no guarantees. Then, as time wore on, she settled into the new routine her life had chalked for her. When she walked into the bank, she felt a sense of pride, security and satisfaction that she had made this far. She began to work late, knowing that her kids were secure at home. Now when she looked back, she hardly knew how the rest of the years had passed by.

A sharp ring broke Latha’s reverie. It was Shalini. “Mom, are you coming home soon? Siddharth and I are planning to celebrate my graduation.” Latha said, “You kids carry on. I will be home in a couple of hours.”

As she put down the phone, she looked at her cabin and felt how unconsciously, this office had transformed from a place of terror to a place of comfort for her. She realized that when one was reinventing oneself, anywhere could be home. Smiling to herself, she picked up the remaining files that had to be sorted out before she could call it a day.

Shashi Kharidehal wins a Rs 250 Flipkart voucher, as well as a chance to be picked one among the 10 top winners at the end of 2016. Congratulations!