Rekha's biography has some shocking revelations. There is a sense of 'righteousness' in passing value judgment on the life of a woman be it Rekha or any other woman. 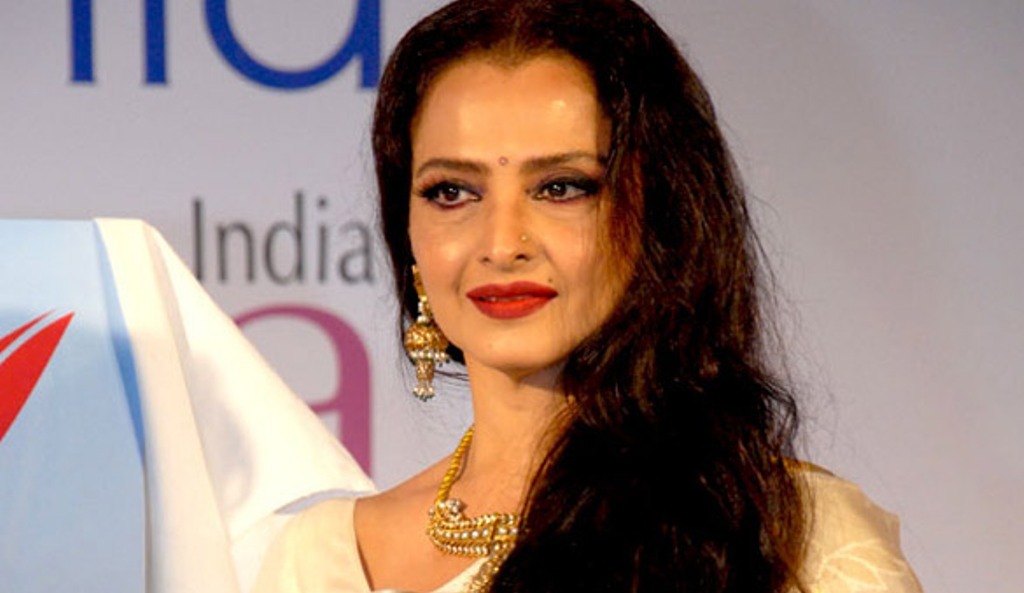 Rekha’s biography has some shocking revelations. There is a sense of ‘righteousness’ in passing value judgment on the life of a woman, even in the film industry.

Rekha’s biography, The Untold Story, written by Yasser Usman, offered a bunch of revelations that answered some of the biggest controversies, contemporary to her time as a lead actress in the film industry. To most people, Rekha’s ‘reputation’ appeared to have been a focal point of conversation back then. What happened in her personal life became everyone else’s business, even as her peers and colleagues in the film industry took a stand: Anupam Kher called her a ‘national vamp’, and Subhash Ghai accused her of putting a ‘blot on the face of the film industry.’

The irony, though, is that Anupam Kher becomes the UN Women’s Champion for Gender Equality today, and Rekha’s personal life is still the subject of everyone else’s business, with stories being written with headlines of an objectifying character, to boot.

What had, and continues to happen to Rekha and the media’s choice of ‘portraying her story’ effectively points to two things. One, that the media thinks it has a right of ownership over the story of a woman (how often have you heard of a man’s story being split this wide open, or chased, or objectified this way?). Two, that there is a sense of ‘righteousness’ in passing value judgment on the life of a woman, in the way that Rekha’s colleagues from the film industry did.

Take the former. That media sensationalizes stories to no end is a known fact. However much it may be known, that it is still wrong and inexcusable, continues to remain a concern. In all the years since Rekha’s stories became media property and speculation, all the way right down to today when Yasser Usman released a book on her, based on media reports (as she turned down an interview), the narrative ultimately remains the same.

The media’s imposition of itself, and its assumption of judgment-making powers and its sensationalization really erodes the substance of one’s privacy, the value of one’s right over one’s story and the freedom of one’s personal life. In refuting these rights, the media is in effect, being blatantly in violation of one’s fundamental right to privacy and personal choice. Why is it anyone’s business who Rekha decided to see or not see? Why is it anyone’s business to determine the reasons for a former husband’s suicide?

Secondly, looking at the way in which her colleagues – and the men, at that, mind you – labeled Rekha and decided to pass value judgment only reflects the patriarchy at play. While her alleged affairs with Jeetendra, Dharmendra and Sunil Dutt earned her labels such as ‘man eater’ and ‘black widow’ and even ‘marriage breaker’, none of the men were questioned or even labelled anything. Cut to her allegations against Biswajeet Chatterjee – he forced a kiss on her, and besides clapping and cheering him on, the cast and crew did nothing else. This was harassment, and there was a moral responsibility to denounce it, if it did happen. But we heard no denouncement.

Rekha’s husband, Mukesh Agarwal, killing himself was something he chose to do – people accused her of witchcraft.  One would think that being in the limelight, they might share a sense of empathy and tap into what it feels like to be put on the spot or cornered before shooting their mouths. A logical mind will easily find it hard to digest these blatant acts of labeling and blatant disregard for one’s right to privacy and personal choices.

Ultimately, as all roads lead to Rome, all roads here seem to lead to Patriarchy. That we think we have the right to discuss Rekha’s personal life, that we think that we have a right to pass moral judgment on another person’s life while we each have skeletons tap dancing in our closets, make us the biggest hypocrites around town.