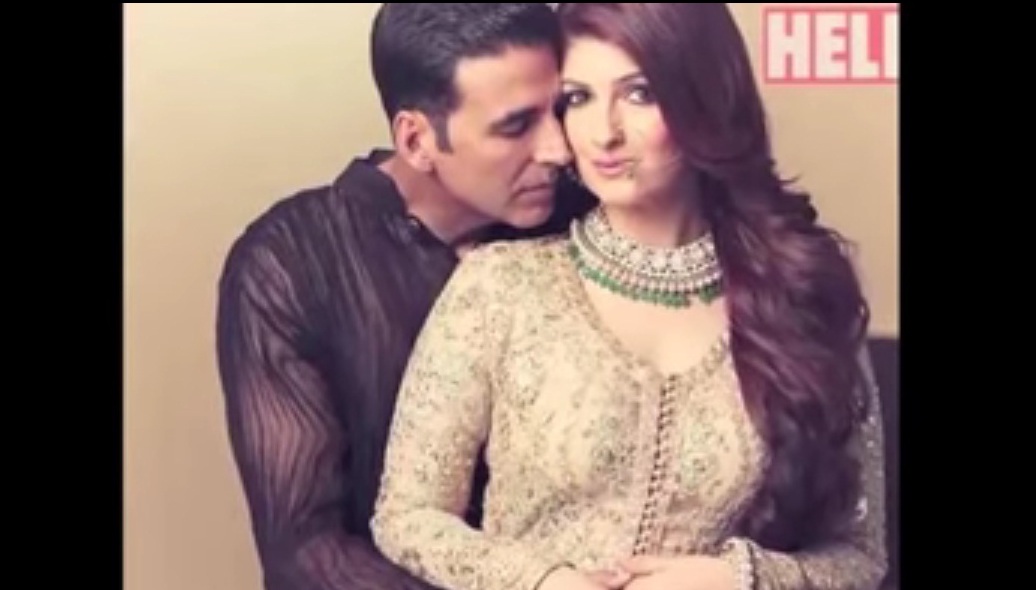 Being always in the public eye can have negative effects on relationships. However Bollywood couple, Akshay Kumar and Twinkle Khanna’s marriage, has survived the test of time.

“The greatest marriages are built on teamwork. A mutual respect, a healthy dose of admiration, and a never-ending portion of love and grace.” – Fawn Weaver

This is perhaps one of the best definitions of a happy marriage that comes to my mind. Think about it – teamwork flavoured with generous helpings of love and respect. Maybe that is why we find happily married couples, always vouching for these ideals, that strengthen their relationships. Akshay Kumar and Twinkle Khanna seem to be one such couple, as was evident in a recent interview.

Married for the last 15 years, Akshay and Twinkle, though apparently possessing opposite traits and lifestyle choices, do have one thing in common–a loving partnership based on mutual love and support. While Akshay is a vegetarian, Twinkle loves non-veg; while Akshay is more calm, Twinkle flares up easily, however, according to Akshay, this is the “best part” of their relationship.

Both Akshay and Twinkle are respected names in their own fields. In 2016, Akshay Kumar ranked 9th on Forbes’ global list of the highest-paid actors (surpassing actors like Shah Rukh Khan, Leonardo Dicaprio and Brad Pitt) and has worked in over hundred films till date.

Twinkle, on the other hand, quit films pretty early into her showbiz career. However, unlike many other ‘star wives’, Twinkle did not fade into oblivion. Instead, she pursued things she truly enjoyed. Today, she is a famous columnist, author of a bestseller (Mrs Funnybones) and is known for her staunch opinions on a lot of current issues.

When asked whether having a successful wife, makes him feel insecure, Akshay said:

According to Twinkle, their journey together had indeed been wonderful, because of their different minds which help both of them grow and inspire each other.

The most beautiful thing in a marriage is when the couple believes its a friendship, that should not only survive the test of time, but also grow stronger with time.

This is what Twinkle says about Akshay’s relationship with their kids:

“He is a very hands-on father. I’ve left the kids with him when I travel and when I come back home, the kids always look fine. But the house seems to fall apart for some reason, right from the computer to the doorbell.”

Not only Akshay is a powerhouse celebrity and a hands-on dad, but he’s also the most helpful critique for Twinkle’s creative endeavours. While she was writing her book, Akshay had been the biggest support. Twinkle said:

“He reads everything I write first and then like a school child I wait for him to give me marks, he has always been my biggest supporter. But he is also my censor board at home as sometimes I do go too far.”

Here’s wishing the loving couple many more years of togetherness and friendship. May their story inspire more couples to look beyond the age old ‘rules’ for marriage and instead adapt a strong partnership based on teamwork and friendship.