Girls tend to lose interest in tech subjects around the age of 10, as this writer proves. How, then, are we going to have women in tech in the future? 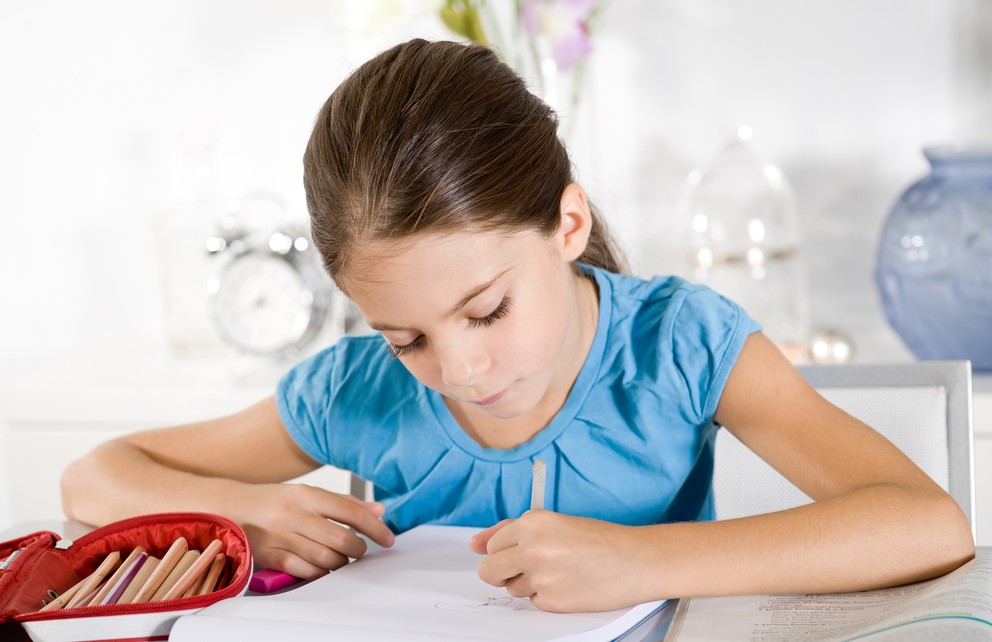 Indian girls tend to lose interest in tech subjects around the age of 10, as this writer proves. How, then, are we going to have women in tech in the future?

It is heartening to hear a whole lot of dialogue and conversation happening around how to get more women in tech and how to help them succeed in tech careers and so on. Pardon me everyone, but I don’t know when it all started being just noise and not meaningful conversation. I am going to be blunt in saying that, to me it has become a white noise now. And I have good reasons to show for it.

Logic tells me that to have more and more women in tech tomorrow, there should be a greater number of girls in tech today. They need to be immersed in technology, science, math, engineering. They need to love those subjects passionately and that is just one part of the tech career story. They also need to make supporting choices in education and the job market to emerge as technocrats, tech-entrepreneurs and tech-leaders. Are they doing it?

I co-founded and ran a venture called Cloud Mentor for 5 years.  We provided hands-on experiential STEM education to school-age children. By hands-on, I mean really hands-on – there were screw-drivers, pliers, cutters, wooden boards, industrial grade tools, metal L-clamps, nuts and bolts, wires, chemicals, LEDs, transistors, resistors, sensors and a lot many fascinating things in our classrooms. We ran our programs in 2 formats.

The first was an in-school program – mandatory for all students. In most school classrooms, there was an equal proportion of boys and girls. All of them enjoyed the experiments and model making activities equally. We never noticed any trend of either boys or girls being better or faster in applying STEM concepts in building working models or coming up with inventive ideas. That was a good reassurance that innately girls are as well-equipped as boys to handle tech/ STEM subjects. And this was across grades 1 to 9.

We also ran highly popular Summer Camps in one of the most entrepreneurial and techie neighborhood in probably the whole of India. Now the Summer Camp enrollment was not a mandate by school, it was obviously based on the child’s interest. We had between 300-500 children in the age group of 6 to 15 years attending our Summer Camp every year. Children could choose from an array of about 8-10 different courses and the most sought after courses were ‘Junior Engineer’ (for ages 7-10) and ‘Senior Engineer’ (for ages 10-15). 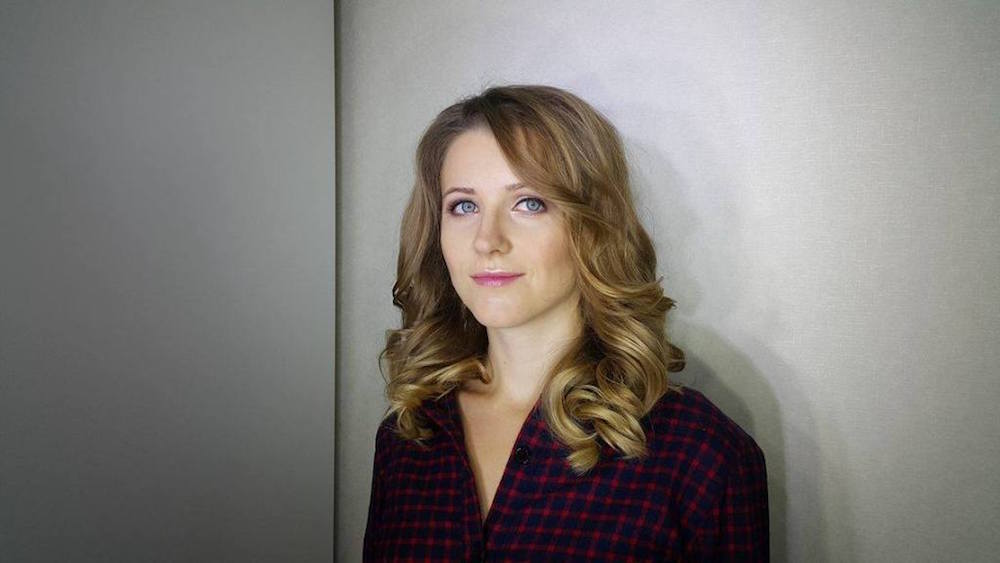 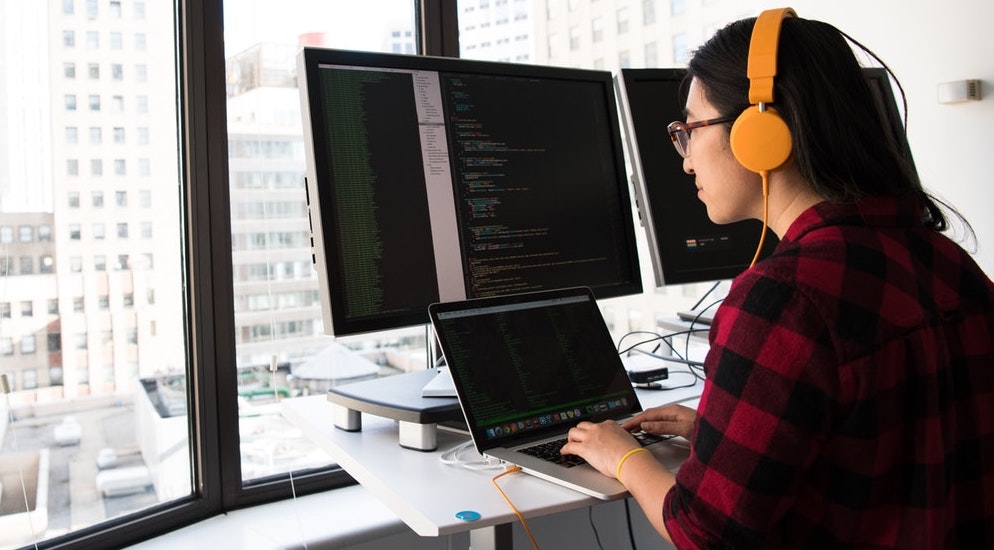 What is it that makes a 9-year old girl suddenly lose interest in Engineering courses once she turns 10? There were no girls in most of our Robotics batches for 10+ age-group. With great difficulty I got some girls to attend our 3-D Printing course and courses on Product Design when we launched them first. It was equally difficult to get girls into our Senior Programming and App Development courses, although Junior Coding courses for 7-10 age-group had 50% girl population. And remember – by virtue of our centre’s location, we catered to the population comprising predominantly of the best techies and start-up entrepreneurs of India. So there was no reason to believe that such parents would discourage their daughters from enrolling into engineering courses.

So what is stopping our girls from diving into technology and engineering with passion? As mentioned above, it is not for lack of aptitude or of parental encouragement (at least in the environment I mention). Year after year I spoke to hundreds of parents to understand what was happening. Our Kitchen Science courses that involved hands-on cooking were overrun with boys – thanks to Masterchef TV show! But girls were hesitating to pick up screw-drivers and soldering guns and even an App Inventor tutorial after the age of 10-12. They were losing out on the practical skills that could be gained via tinkering, deconstructing gadgets, coding though the night – all pursuits that make a future garage entrepreneur!

On the other hand, the trainers in our classrooms were predominantly women. I always hoped that having a women engineer teach and build STEM-based projects would inspire the girls to wield tools without hesitation. I hope it did have some effect. But what I also noticed was that every time we were on a recruitment drive, we would get tons of applications from women engineers – Electronics, Computer Science, Chemical, Telecommunications – and they were ready to teach 1st grade General Science!

These were young graduates and I couldn’t help asking them why they didn’t want to practice what they learnt in 4 years of engineering. They always said that the industry jobs were too hectic and stressful and they were happier doing school teaching. Why did they even do engineering then in the first place?

Two common reasons emerged – it was just a default choice because which other degree was respectful enough? And secondly, their parents thought match-making with a good ‘well-settled’ engineer groom would be easier if their daughter was an engineer too! This is the harsh reality behind why you have so many girls in engineering colleges and so few in tech company corner offices!

From many conversations I had with girls’ parents – who were at times equally hapless that their daughter who used to be so interested in electronics earlier is now refusing to look at it – I could see the following trends emerge :

There are meticulous research-based reports that corroborate my experience. The situation is no different in the best of the universities or economies of the world. There just isn’t enough gender diversity in STEM studies and careers. A study across nations on women in engineering says that Indian women, once in college do complete engineering education in proportions better than that in the US and the report attributes this to the lack of hostile/chilly environment towards women in Indian engineering colleges. However it goes on to say that pre-college barriers are more significant for women in India.

Another report – ‘Why so few women in STEM’ talks about culturally induced stereotypes, and lower self-confidence among girls about their ability in STEM subjects.

I do not know what to do about this. I know for sure that this is real – most girls mentally retire from tech aspirations at the age of 10! In most cases after that, it is not intense passion for tech, but merely a desire to take a socially acceptable route that takes them into tech careers and no wonder then that they are ready to drop it at any sign of discomfort (exceptional outliers exist too).

The so-called ‘leaky pipeline’ of women in STEM starts not when they become mothers as the popular perception is, but much earlier – on the verge of their adolescence! Is our popular culture to blame for this? Is it our parenting? Is there something about the workplaces and work culture that needs to change? Are our books, media, stories, role models not conveying the right message? How will we have more women in tech tomorrow if there are no girls in tech today?

I look for answers and would love to hear your thoughts. 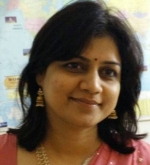 Vrunda Bansode is a part of management team at NSRCEL - the Startup Hub at IIM Bangalore. She has co-founded two ventures in the education sector - CloudMentor.in and CodingLab.in. She was earlier with read more... 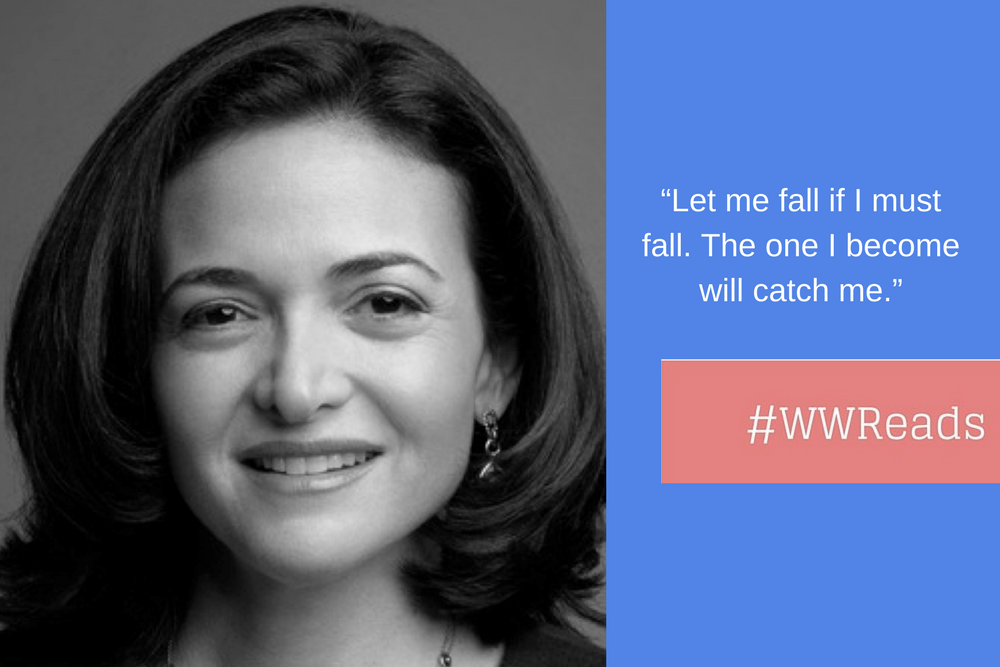 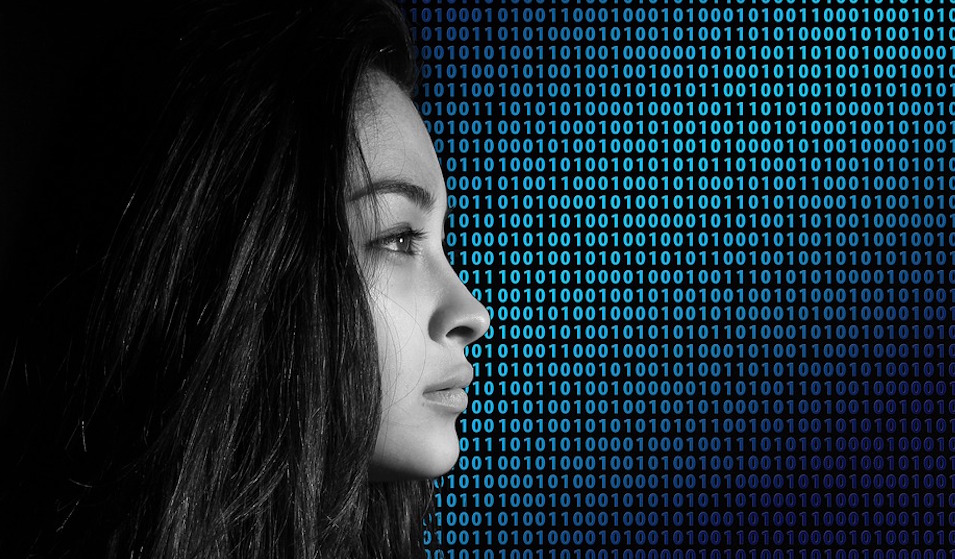 Listen Up! Here's Why We Need More Women In Tech Design 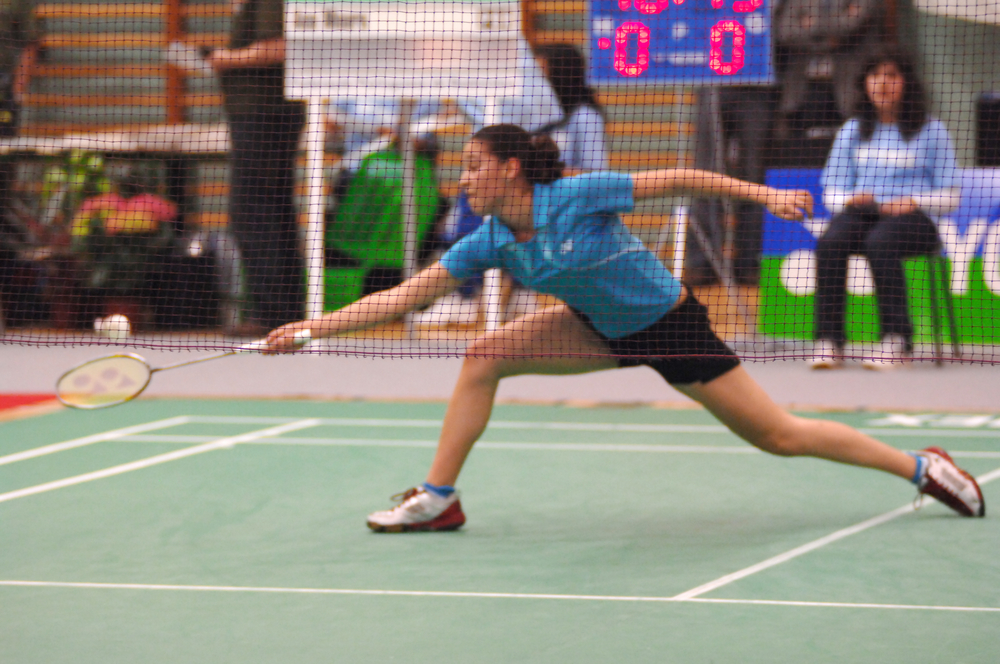 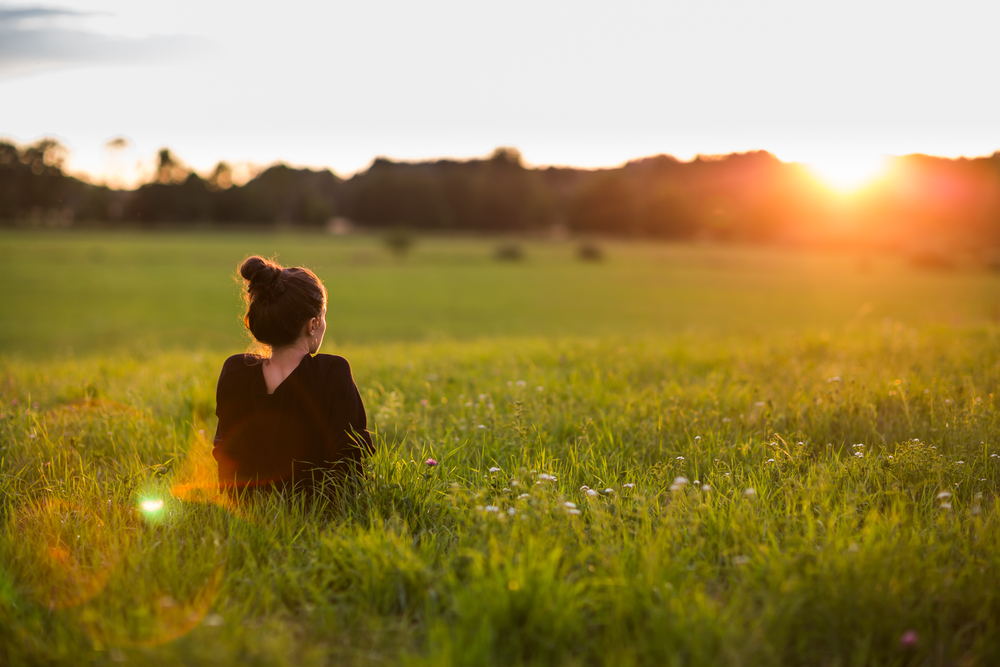 Son, This Is Why You Do Not Need To Thank Me On Mother's Day! 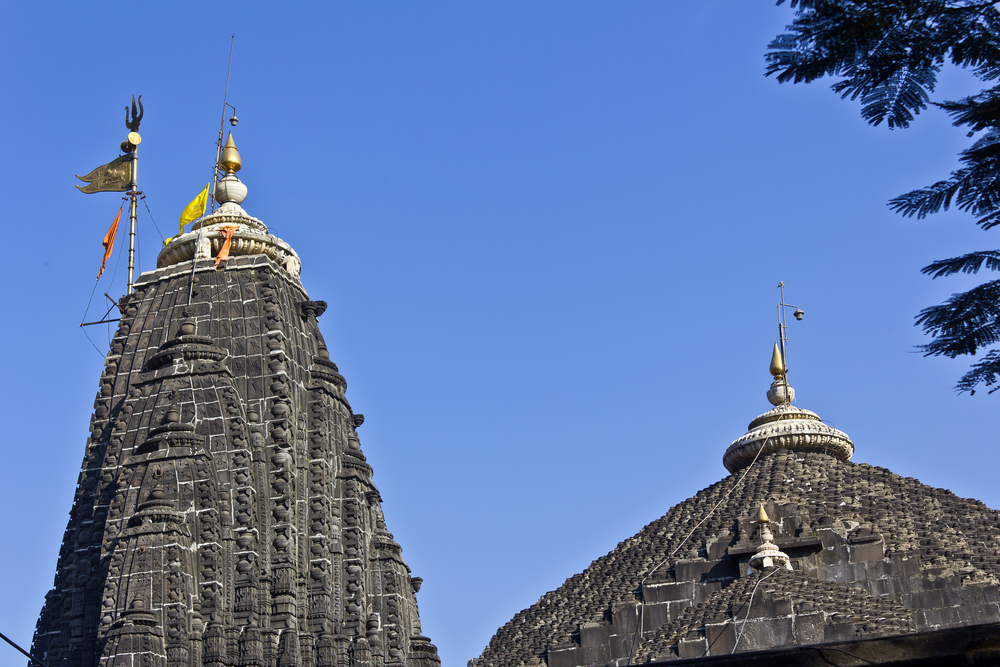 I Have Always Been Able To Enter The Trimbakeshwar Temple As A Young Woman. Why The Ban Now?

Listen Up! Here’s Why We Need More Women In Tech Design

We need more women in tech design – and that is not because they will make it look better – no, women will make tech work better!

Design is not how something looks, but how something works. Unless representatives of half of the population of the world have a say in how tech products should work, how will tech do better?

Last year, I had written here an article based on my personal experience as a consumer in the internet economy. It evoked a phenomenal response from women readers saying they faced the same frustrations too. That left me wondering about these companies that were trying to lure us women customers – how many women decision makers do they have in their ranks? Are there enough women in tech design – whether it is developing their workflows, poring over their UI/UX, deciding on how the algorithms are getting built?

4 Alpha Girls Who’re Trailblazers From Silicon Valley, And An Inspiration For All Career Woman

Alpha Girls: The Women Upstarts Who Took on Silicon Valley’s Male Culture and Made the Deals Of A Lifetime by Julian Guthrie is a book about the stories of four women trailblazers of Silicon Valley. She calls them ‘women upstarts’, a term used derogatorily for alpha women, but which has been owned by these amazing women.

These astounding women made their mark in the highly competitive and male-dominated Tech and Venture Capital industries. They rose above biases, prejudices, and all the obstacles to shine like stars.