Sonakshi Sinha in Akira, her forthcoming release promises to kick ass and raise some dust about ragging. Let's wait and watch! 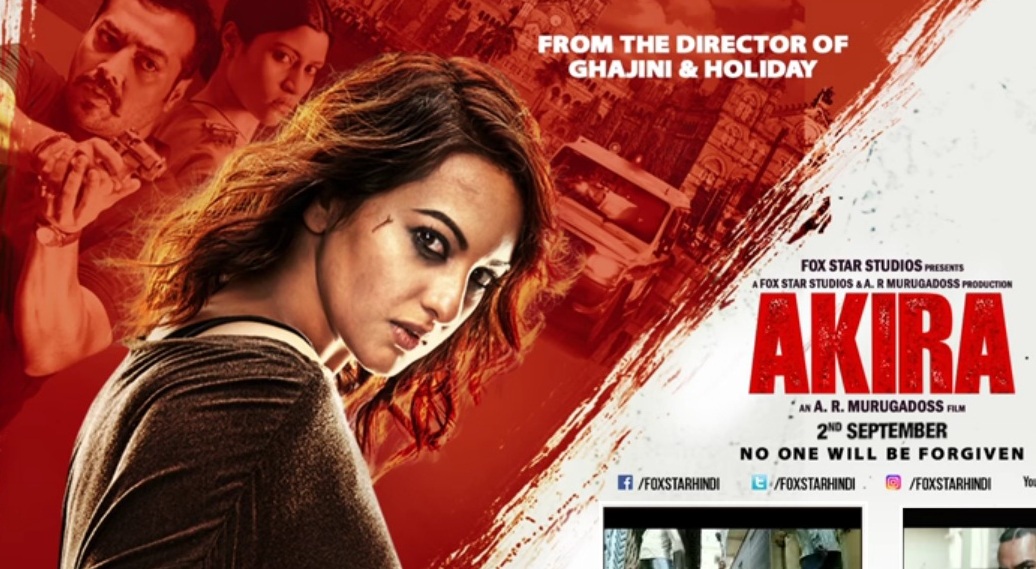 Sonakshi Sinha in Akira, her forthcoming release promises to kick ass and raise some dust about ragging. Let’s wait and watch!

Gone are the days when art films alone were responsible for bringing attention to the various problems in society. Today the landscape of commercial cinema is changing. Boy meets girl stories are no longer the staple of Bollywood films. Filmmakers are taking risks in terms of progressive ideologies.

A big part of commercial cinema is trying to deliver a message along with proactive entertainment. They are touching issues that matter. To name a few, issues like terrorism, gender equality, protection of civil rights, poverty, use of drugs, prostitution, and superstitions have been creatively raised in movies in the past few years.

Sonakshi Sinha starrer Akira’s trailer was recently released. It seems to be hitting all the right notes with the power packed action scenes. The story revolves around a small town girl played by Sonakshi who comes to Mumbai for further studies.

She defends herself from the bullies in college with her extremely powerful martial art skills and then a good versus evil fight begins. The idea of a self sufficient female protagonist is a long awaited one.

Nasty cases of ragging in Indian colleges are constantly coming to light. While the news channels are doing their part by covering the factual part of it, a movie can make people sensitive towards the topic. It has the power to make people have a second look in an emotional way. Movies reach to the larger masses. When this medium is used to raise such important issues, it becomes a great way to spread awareness.

Most people don’t go to watch movies for the message they give and the main aim of most filmmakers is not the message alone. The question arises whether a movie can make a difference to the society. Can it influence, affect, or inspire the audience to take a stance? This largely depends on how good the depiction is. The better the movie is, more is its impact. But one thing the movie will not fail to do is to spread awareness.

Anyone who comes out of the theatre will know that ragging in Indian colleges still persists to a great degree and that there is something that needs to be done about it. It will also provide a role model to the public.

When a big star from Bollywood acts in films with a social message, the fans put themselves in their shoes. When the star falls, fans can see themselves falling. When the star fights back, the fans think they are fighting back. When Sonakshi kicks the villain in self defense, the fans rejoice like it was them who had shown the courage and integrity to perform such actions.

They may never encounter such days in life but they will at least be sensitive and supporting towards those who do. Stardom of actors can in a way create a credibility that makes people easily believe in the movie.

The objective of cinema is, but not limited to, entertainment. Movies are a reflection of our society. If the same old stories of widows sacrificing their lives to make things work in the family will be made, the audience will not accept it with the same ease as it accepts the movies that show contemporary times. Filmmakers have started taking moral social responsibility and are trying to make a difference with their creativity.

After watching the movie that has social messages, the audience takes home so many things along with entertainment. They go home with a better understanding and awareness of the issue. They go home with a certain kind of sensitivity for the people going through it. They find the courage to support and stand with them.

They might even be inspired and motivated to do something about it. Even the smallest change in a positive direction is a welcomed one. However small or big the impact, these kind of movies are totally bringing a new dimension to cinema and to society.