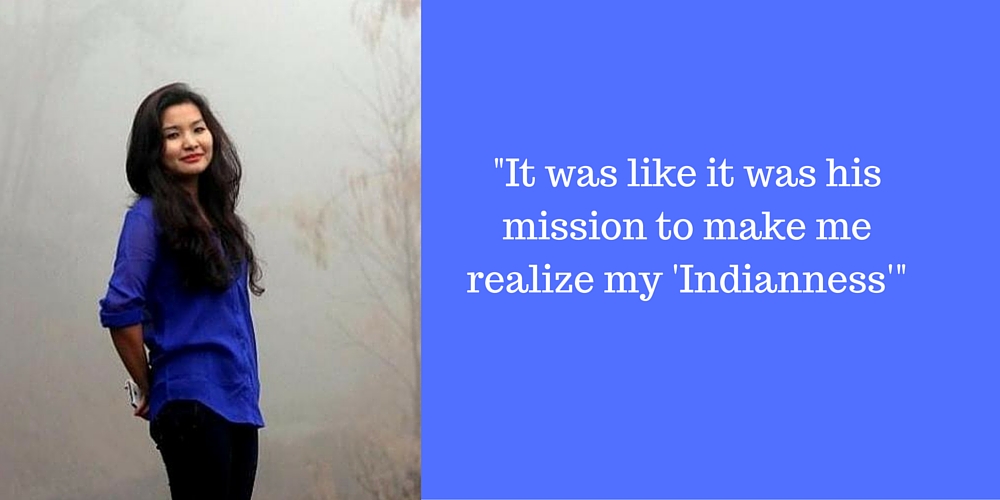 Manipuri activist Monika Khangembam took to Facebook to narrate how she was humiliated by an immigration officer. Read to know more.

That Indians from the North East are racially targeted is not new in India. We’ve heard several stories of this kind earlier. 19 year old Manipuri, Richard Loitam died under suspicious circumstances in his college hostel in Bangalore.

There was a case in Gurgaon where two north eastern youths were beaten up by a mob and were threatened to return back to their own state. These are only two incidents that I’ve highlighted, however the list of these racial attacks is endless. Adding to this already long list of racial attacks, is another incident that came to light on Saturday.

Manipuri activist Monika Khangembam took to Facebook to narrate her experience with an immigration officer at the Indira Gandhi International airport in New Delhi. She stated that after looking at her passport, the immigration officer remarked that she doesn’t look Indian. She was asked how many states there are in the country. He  then asked her how many states Manipur shares a border with. “Pucca Indian ho?” (Are you sure, you are an Indian?) he asked.

He insisted on her answering the questions and told her that the plane would not leave without her. Even after informing him that she’s running late, he kept harassing her with questions and did not proceed with the immigration work.

“What a bully, and never felt so humiliated. It was like it was his mission to make me realize my ‘Indianness’ and he thought he was being funny. I was running late and felt I was giving in to the bully. Spoiled my night. Is there a way to complain against these bullies? she stated.

External affairs minister Sushma Swaraj took to twitter to express regret over the incident. She also informed that she would discuss the matter with home minister Rajnath Singh.

Why are North Easterners easily targeted?

What makes them soft targets to racial abuse? May be some small minded people can’t bear to see a class of Indians who have different cultures, forgetting that all of us, from different parts of the country, have distinct cultures. Or just may be they’ve forgotten that the North East is a part of India too!

Whatever the reasons may be, it’s truly pathetic that our own citizens are meted out with such treatment based on these factors. The haters need to enlighten themselves that cultures, languages, and mannerisms vary. And that is what India is about: Unity in diversity.