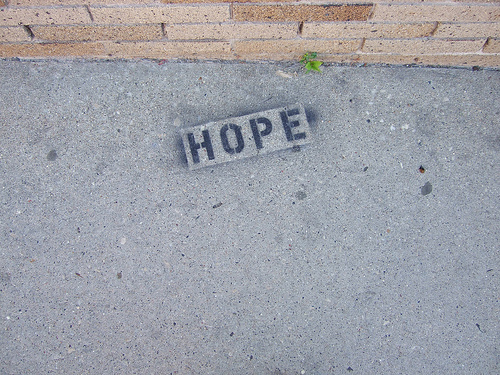 Racism Unchained: The Light At The End Of The Tunnel

While channel surfing one evening, I chanced upon the Hollywood film, Django Unchained (released in 2012) set in pre-civil war America.

The scene which I stumbled upon was that of the African-American Django, riding into a racist town in the slavery-supporting South. He is subjected to stares, incredulous, curious and hostile, all because the natives are unused to seeing a ‘Nigger’ riding a horse! Indeed, they never have seen a ‘Nigger’ do anything except be a subservient slave. The only factor which saves him from a lynch-mob is the trigger-happy white man, who is accompanying him.

Further on, the unusual black and white duo travel to a plantation where slaves are kept. Schooled at not revealing that he is a Free Man, Django faces insults from the owner, who takes umbrage to  dealing with a white man who is a ‘Nigger-lover’. Django tours the estate and encounters slaves, who are utterly (and sadly) puzzled by the possibility that a fellow-nigger could be free. As if this were not enough, they come upon an overseer, who has stripped and tied a young female slave to a tree, in readiness to be whipped, as punishment for the Great Crime of breaking a few eggs.

The profoundness of these scenes went beyond what I had seen.

What resonated within me is that at some levels, this does not differ from the way many still treat women in our part of the world. Women still deal with forced prostitution, bonded labour, wage-exploitation, domestic violence, molestation, sexual harassment, rape, lack of equal opportunities at every step. All this at the hands of persons, who have been indoctrinated about the treatment of women in some way or the other. Perhaps watching their own family dynamics, society at large, regressive behaviour in films and peer groups or perhaps, simply because they can do it without fear of repercussions.

Extrapolating the struggle of the feminist movement with that of the anti-racist one, I realised two things.

One, that every character in that movie has a corresponding character for the feminist movement. Human nature and the cruel opportunism inherent in it are unfortunately universal and endemic. The liberated white man, the gawking judgmental townspeople, the rabidly racist plantation owner, the repressed slave who knows no better and the angry wronged Django all have counterparts in the struggle for equal rights for women.

Perhaps the early women, who stepped out of the boundaries of their home, had similar gawkers, critics and eager lynch-mobbers. The voices of female dissent must have surely faced gruesome punishment and harsh ridicule for their daring. From the truly liberated male to the deeply wronged- against women, the apathetic society which merely looks on or pretends ignorance, to the perpetators in positions of power, we see the entire spectrum.

The second thought was that it took the African-American people a bloody war, an assassination, a civil rights movement, another assassination, countless sacrifices and deprivations to overcome the injustices of their system and racial prejudices.

There were many generations of struggle, after the first clarion call for justice and equality to catch a glimpse of what they were fighting for and to wrest a right to a dignified life from a class and race which had thrived due to their exploitation.

They needed nearly one hundred and fifty years, in fact, after the abolition of slavery, to reach the point where they would elect a president of African-American ancestry. But, their struggle for being treated equally by a populace, which thrived on the slave labour of their ancestors, still continues.

This is eerily similar to the ongoing struggle of Indian women, despite having a woman as Prime Minister, many women as Chief Ministers, Supreme and High Court Justices, CEOs and so on. The elevation of a few women to the highest offices of the land is no indicator of liberation.

However, they do represent hope for others aspiring for similar or different victories in their lives, a proof as it were, that class ceilings can be cracked or even broken.

And that we are sure to see the fulfilment of our dreams for equality.

If not now, then definitely, in the future.

‘Kaho Na Pyaar Hai…’ I Whispered My First Crush… Only He Was A Poster On My Wall!