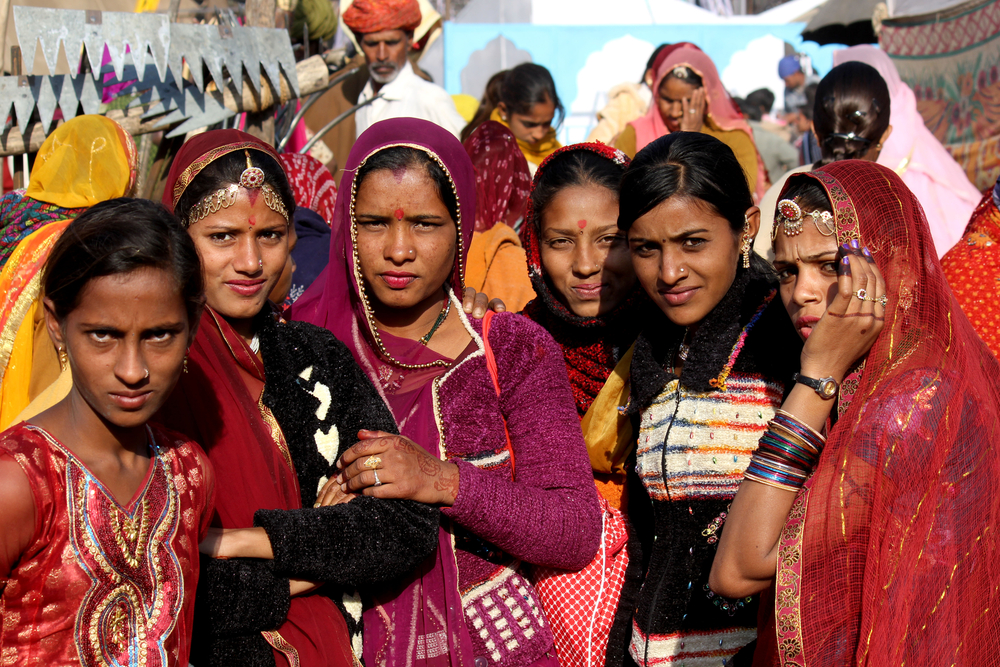 Do Indian Women Have Any Sexual Rights? Looking At This Through The Eyes Of A South American Woman [Part I]

I peep through the lens of the camera, trying to get a little bit closer to what their eyes and their gestures want to express. These women fascinate me, they move me. I recreate in my mind imaginary dialogues on train platforms or in the market.

I am from a far away land called Argentina, in South America. I look up for a word that can summarize what we may have in common and I finally find it: love. We all love, all around the globe. I wonder what love means to them.

The cows have it better

Hundreds of men and women are blessing cows in the streets of Varanasi. These animals are taken great care of – they are gods. Nobody pushes them away from the chaotic streets. So I wonder, regardless culture or religion, how is it possible that cows are sacred and women mutilated?

Khajuraho – relegated to the past Walking around the Khajuraho Temples I see a photographer, and a model dressed up in a yellow and pink sari. She is wearing plenty of bracelets and earrings. She shines. This group of  temples was the religious capital of The Chandelas, a Rajput dynasty in Central and North India.

They started as a small community and then expanded and finally occupied most areas in the State of Madhya Pradesh. They considered themselves as the sons of the Moon (the Goddess Chandra) connected to the fertility cults. They believed in the power of Tantrism and they practiced this doctrine.

Chandelas understood that sex was united to pleasure of divine origin, that it was also needed to procreate and that it lacked any kind of sin. The sexual act was given a spiritual meaning. All this was represented on the walls of the temples that now honor the book Kamasutra, which was written in 3rd Century by Vatsyayana.

Today, this prophetic book has been manipulated and represents mere sexual images, but in fact it is an interesting text which teaches about mental and sexual freedom at that time.

The Chandela dynasty finished after some Muslim invasions. After this, India started to build a society full of taboos.

More than 80% of the population in India is Hindu. In their mythology there is Káma, similar to Cupid, the God of Love, who is married to Rati, the representation of sensual love. Once, Shiva was meditating, when Káma woke him up with his arrow so that he would fall in love with Parvati. Shiva got so furious that he attacked and killed Káma. So that sexual desire among humans disappeared. Shiva was then compassionate and decided to bring him back to life. This way, humans could continue reproducing.

I wonder whether these stories could have aroused some fear among women. Sensual desire punished even in their mythology. Even today, according to what I could see in India, not many Indian women can choose and know what love really means. How is it possible to love and get to know the essence of your partner if marriage is arranged?

In India divorce is legal, but it is still not totally accepted by society. There are only 1.1% of people getting divorced. Women end up having a life lasting bond with a person they do not know. Elizabeth Bumiller, author of May You Be The Mother Of A Hundred Sons explains that a woman told her she loved her husband because he was a provider of food and clothes; another confessed that she was hit by the husband if she didn’t love him.

Normal is being totally covered

Ashraf is the owner of a hostel in Jaisalmer. He tells me that it is not a good practice to kiss someone in public, smoke or drink alcohol. Walking alone at night can be considered an offense. Women are completely covered as men get excited when seeing the ankle of a lady or when shaking a woman’s hand. Normal is being totally covered. No shorts, no mini skirts, no sweat shirts. I found this unnatural at the beginning but after some days in India I started to find it common – what suits the place, what brings no problems for me.

According to Ashraf, old Indian society still holds the same rules and manipulates women so that they are not acquainted with their rights. “Some women are home most of the time, they lack education and it is still men who dominate their social life,” Ashraf tells me. According to statistics built by the World Bank, in the year 2013 only 24% of Indian women were part of the paid work force. Less than 1% went to primary and secondary school. A scary picture.

I feel there are plenty of things to discover about Indian women. They have become a mystery for me, like a treasure to uncover. I will continue in my search.