This interesting video presents a heart warming conversation between two powerful ladies of America. Watch the video below to know more. 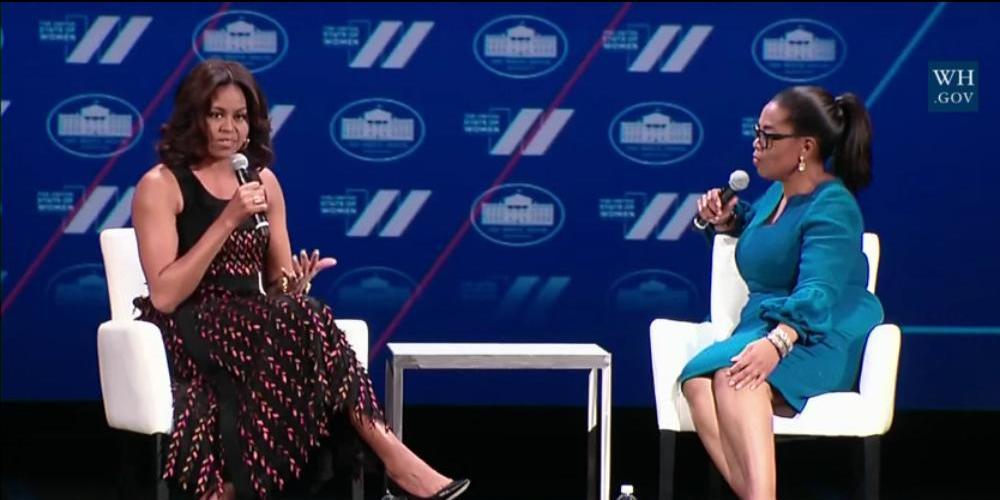 In this video, Oprah Winfrey begins a lovely conversation on self value and self worth. One of the most powerful messages that Michelle Obama, the first lady of United States of America sends out to the audience is that, it’s essential to discover ourselves and know who we exactly are. That’s the only way to handle the negativity that is present outside us.

She wanted her daughters to be normal and whole in the midst of all the confusion, when she became the first lady of America. It’s evident from her many talks that Michelle is a doting mother to her two daughters and was concerned about the welfare of her children when she attained this position. Whether at work or with her family, valuing oneself has been a priority for her.

In her working  phase, she always wanted to be paid well, because she could perform and deliver. “I didn’t want to sell myself short,” she said. She didn’t want to be taken advantage of as she knew her value. You may agree or disagree, but she recommends not taking up part time jobs as you end up working harder and being paid less. You ultimately end up working more and not being paid for those extra hours, she says. So, there was no compromise when it came to being paid well.

Surrounding ourselves with positivity

Her advice to her daughters is to surround themselves by good people and make room for the good people to enter their life. It’s important to love ourselves, create proper support systems. She doesn’t believe in being on social media all the time, as there is a lot of stuff that is circulating out there which may be harmful for our mental well being.  It’s not necessary to open ourselves to it all the time.

Her advice to all the men is, “Be better in everything. Be better fathers and provide a solid example of what it means to be a good man in this world.” She says that men can be better husbands, better fathers and engage with their families in other ways.

According to the first lady, there are many phases in life and this was just one of her phases. There’s more to come and she’s still growing. Watch this inspiring video where she gives valuable advice on work, self development and growth, especially for young women and parents.  Enjoy the video.