Women drive rickshaws in a hospital as a kind gesture to help patients in Gujarat. Read this story that will warm your heart. 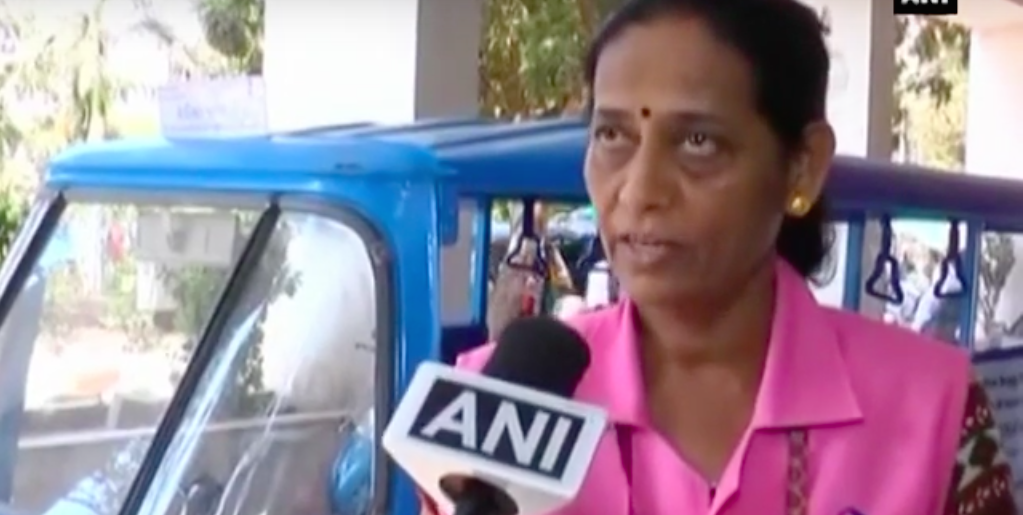 Women drive rickshaws in a hospital as a kind gesture to help patients in Gujarat. Read this story that will touch your heart.

In Gujarat E-rickshaws (electric rickshaws), are being run by women in a hospital to transfer patients from one ward to another. It’s a great initiative by a Vadodara based self help organization. These E-rickshaws run on battery to prevent pollution.

Taking up unconventional roles to serve the sick

It is tiresome for patients who are suffering from complicated diseases to move around from one ward to another. And there are some patients who don’t even have help from family. In these circumstances these E-rickshaw women drivers can come to their rescue. These women are empowering themselves by learning to drive. By taking up unconventional jobs they are serving the sick and the society at large.

Isn’t it wonderful to have someone move you around in a hospital when you are sick? By empowering women in different ways, we are also serving communities. It’s a great step towards service and we hope these enthusiastic lady drivers will do a wonderful job in making this initiative successful.

See this video to know more. 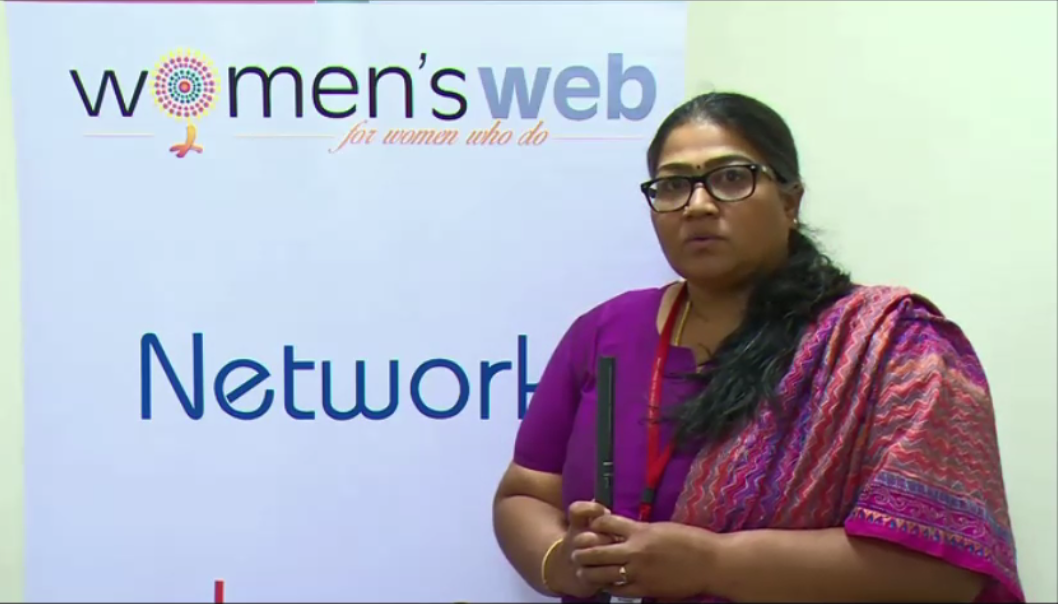 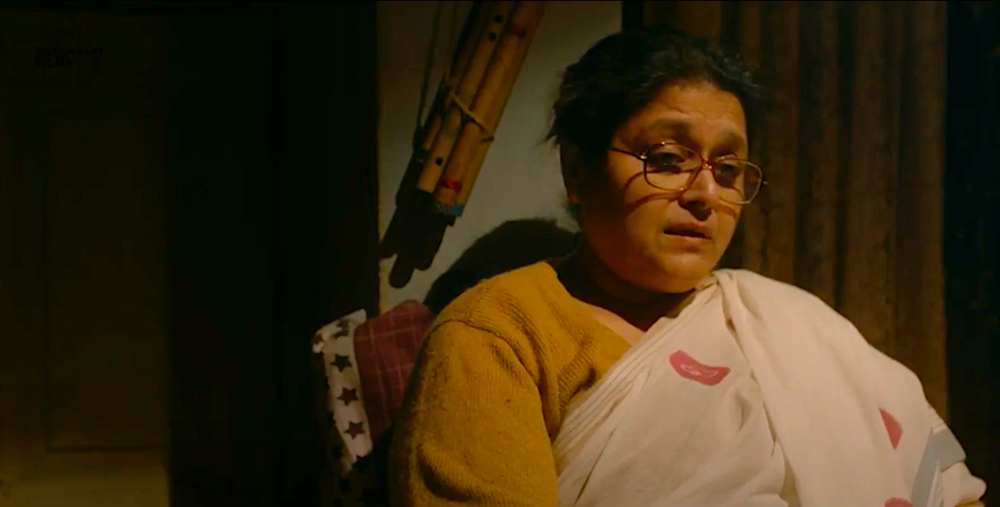 Top image is a screengrab from video

View All
Why Do Indian Women Miss To Pick Up Breast Cancer Early - Dr. Sharat Chandra Goteti Explains
How To Become A Data Scientist In India
Divorce Rights For Married Women In India - Legal Rights 101 With YourInstaLawyer
No More Guilt: Exploring The Ways In Which You Can Shed Mother's Guilt
Steps To Landing Your First Writing Job - Want To Be A Content Writer?
What Are The Essentials Of Being A Good Content Writer?
Relationships

'Relationships Anonymous' is a touching story about a woman and the rickshaw driver who takes her to work every day. A touching story about a woman and the rickshaw driver who takes her to work every day.

Her bed gleamed pale yellow with the morning sunlight, trying to make her aware of the time. Pallavi slowly opened her sleep-ridden eyes with a certainty that she was definitely going to be late for office. She hadn’t been able to sleep properly last night. With memories of Samar playing on loop in her head, she had kept tossing on the bed until 2 a.m. last night. “Was it the right decision to break up with him or did he deserve a second chance? If he could betray her once, he would definitely betray her again?”

While her mind continued last night’s saga, her phone alarm reminded her again of the time. She got up hastily and with a towel in hand, dashed into the bathroom. She got ready in half an hour. This was not her hometown of Himachal, where it took a maximum of 20 minutes to commute from one corner of the city to another. This was Mumbai. Goregaon is just two stations away from Kandivali in Mumbai local and yet it takes more than an hour to reach office from her apartment. Today, she thought of skipping her usual train travel and decided to go directly by auto rickshaw.

She hurriedly got down the stairs and saw a rickshaw waiting just outside her building. “Kandivali?” she asked. He nodded, and she jumped inside the rickshaw. After coming to her senses, Pallavi realized that rickshaw wallah had nodded in a manner as if he knew exactly where to go. She darted a glance at the mirror and tried to inspect him. With salt and pepper hair, he looked roughly 50-55 years of age. His uniform was so neat and tidy that it seemed freshly ironed. Suddenly, it struck her that he was the same person who dropped her to station the day before. Pallavi could have mulled more over it but the idea of thinking about a rickshaw wallah seemed too trivial to her. She took out a novel from her handbag to make better use of time and immersed herself in it.

When The Mahamari Comes Home

While the world has been reeling from this pandemic, a look at how it must seem to the poor and the downtrodden, through the eyes of a fictional character.

While the world has been reeling from this pandemic, a look at how it must seem to the poor and the downtrodden, through the eyes of a fictional character.

Sadashiv uncapped his bottle and splashed some water on his face. March had turned unusually hot and dry, but the heat was not yet as oppressive as it would be in May. And yet, he felt hot and flustered. Beset by a sudden spasm of hacking cough, he clutched his gamcha (thin, coarse cotton towel) to his face before spitting out a wad of phlegm. His chest felt on fire. Every time the cough rose in his throat, it felt like needles were poking into his lungs. What had started as a mild dry cough had worsened significantly and now his chest hurt from the effort. Of late, he had been feeling more tired too.

The city was reeling under the onslaught of the mahamari (pandemic). On the radio they said that there was no cure. The pictures shown by the news channels on the television were even more dismal. People were dying in numbers that far outnumbered anything Sadashiv had seen in his lifetime. Not even in the Latur earthquake, near his village, a few years back had so many people died. A natural tragedy, even an illiterate like him could understand. It was not in human hands to control such an occurrence. It was the will of the Gods. But, what was this mahamari? Where had it come from? Which God would create something this bad?

A few days back, Prime Minister Modiji had appealed to the nation with folded hands and advised everyone to stay indoors. He had begged people to maintain social distancing, wear masks and keep themselves safe inside their homes.  Apparently, if you remained in your home and did not meet anyone, you could not get infected. Fearful for their lives and the lives of their loved ones, many people had chosen to heed the advice.

There were hardly any pedestrians and there were no passengers to ferry in Sadashiv’s auto-rickshaw. The only people that he could see on the streets, as he sat by a once-bustling street, were those who covered their faces under voluminous scarves or masks. They scurried like rats and balked at the prospect of physical proximity with another human. Everyone was scared. The fear was evident even on the tiny slivers of faces that showed from behind the masks and scarves.