Polygamy is illegal in India, yet this law is disregarded in some drought-hit states, in the form of having 'Water Wives' who carry water home from far. 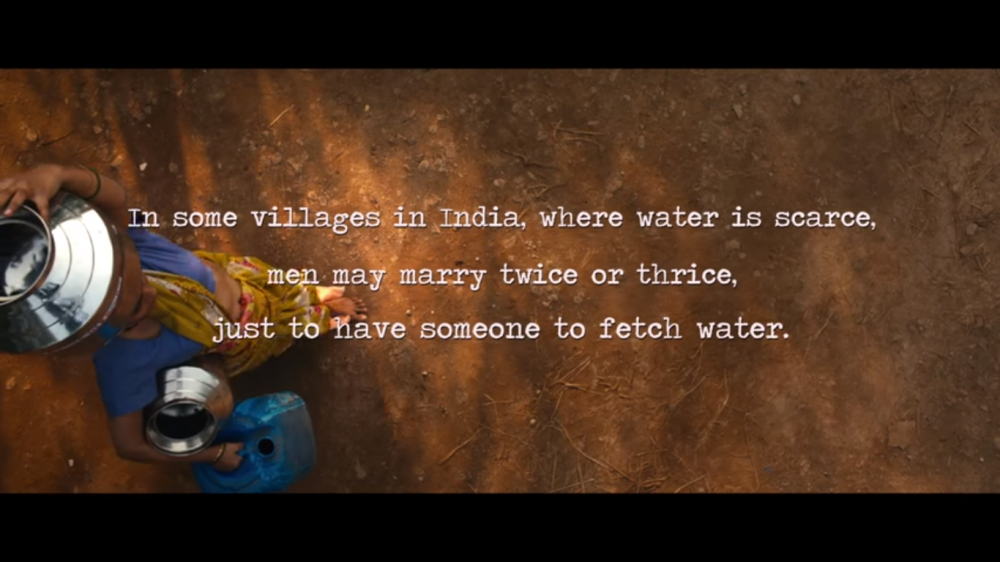 Polygamy is illegal in India, yet this law is disregarded in some drought-hit states, in the form of having ‘Water Wives’ who carry water home from far.

She finds it hard to fit in, even in the first ‘family photograph’. She tries to accommodate her on the bench and her family just as she did for the previous one. She chooses not to look at her, she isn’t even worth looking at. As this drama unfolds, he looks at them proudly thinking, “an extra pair of hands means three more pots of water”.

In a country where polygamy is illegal, the existence of the ‘other woman‘ in a drought-hit state like Maharashtra, is a familiar affair. However, the value of these women within the family is not a coveted one.

Often these women are either widowed from an earlier marriage or unmarried due to the inability to pay a big enough dowry. A society that treats unmarried and widowed women abominably, these marriages are more often than not a contract between a man and a woman where the woman chooses to marry to get a rubber stamp of being married and a man who thinks that he is the uncelebrated ‘Messiah’ giving meaning to a destitute woman’s life.

But in reality the marriage is not a noble gesture. In a state where the availability of water is becoming sparser day after day, the significance of these women are that of being the water bearers. Their role in the family is weigh-able in terms of the buckets & pots of water that she can fetch everyday. Once that role becomes redundant either due to age or pregnancy, the man quickly looks for a worthy replacement, again.

With drought conditions worsening since this video was made, the news channels and daily newspapers are full of reports of farmer suicides everyday. The focus is on the farmers and everyone only talks about the petty efforts by the government and the sinister motives of the money-lenders who are the ones to be blamed for these suicides.

But in this this tussle and blame game everyone conveniently forgets the plight of the many wives that the farmer leaves behind. As the man succumbs to pressure, the women are forced to delve in to salvage their lives and their families from this intimidating situation. The man who had given their lives ‘a meaning and a status’ in the society is no more, but the challenges persists.

The ‘water wives’ begin a new journey where they not only have to pick up the pieces that are left of the family and put them together but also have to fight an incessant battle for everyday survival.

ActionAid India’s video ‘Water Wives’ packs quite a punch in bringing out this pandemic situation in India. Take a look at the video below: