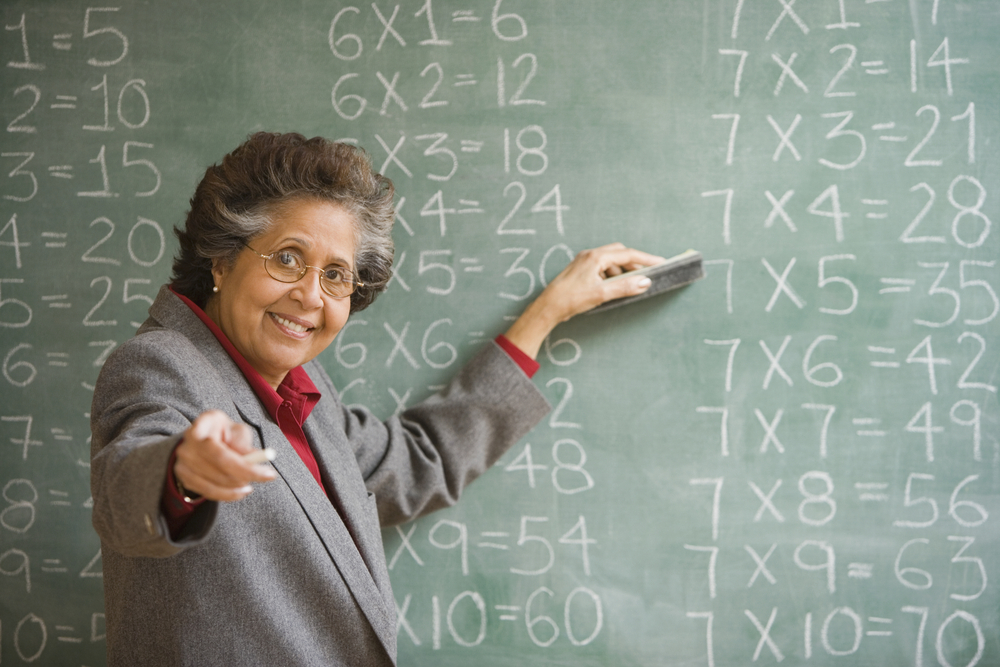 Is Teaching Just A Profession Or A Close Bond Between Teachers And Students?

A teaching job is not merely a profession. A close bond between teacher and students can make it a very fulfilling and rewarding experience.

I was a late entrant to the profession of teaching.

I belong to a family where many women worked as teachers, including my own lecturer mother, yet I detested the job of a teacher. I considered it to be too boring or behenji-ish for my liking. I was always more keen on administrative positions. I would be furious if anyone even suggested that I should get a degree in education. It is a general belief that a teaching job is more appropriate for females because of its shorter and morning work hours. I chose to stay away from it.

Then marriage happened and even though I continued to appear for recruitment tests for administrative jobs, my priorities changed after the birth of my children. By the time I rekindled my desire to take up a job, I had crossed the age of eligibility for most banking and govt jobs.

By this time I had realized that I loved being with children. Besides, in the era of crass commercialization, education was one area that needed conscientious people with a strong sense of honesty and commitment to their chosen profession. There was just one issue… I needed a degree in education before I could apply for a teacher’s job.

Having set my heart on it, I applied for the entrance test for B Ed, cleared it in the first attempt and joined regular college once again, at the age of 35, a mother of two. It was quite difficult to cope up with commuting, classes, assignments, seminars, workshops, tests and examinations coupled with ever increasing family and social responsibilities. But with my family’s support I completed my course and picked up my first job as a teacher very soon.

Although I had started with primary classes, my seniors were so impressed by my excellent performance that within one year I was promoted to middle and secondary classes. The adolescents were no less mischievous than the younger students but I loved interacting with them. Over the years, as they moved on to senior classes I moved on too, as their class teacher as well as English teacher forming a close bond with many of them.

A word of caution about this profession though… it’s not a cakewalk.

Teaching is a very demanding profession, not a half-day job suitable for females as it was earlier perceived to be. You have to keep yourself constantly updated with the latest teaching techniques, read a lot – not only stuff related to your subject but current affairs too, attend workshops and seminars and learn at the same time to strike a fine balance between being a friend to your students and being a stern task master.

Preparation of lesson-plans and notes, assignments, tests and exam papers apart from the regular notebook correction work can easily take a few hours off your family time at home. As you move up the ladder, promotions add another few hours per week of administrative work, adding to the academic workload you are already shouldering.

Adolescent students’ hormonal imbalances can play havoc with even the sanest of teachers’ hormone levels. They can be quite ruthless and really test the limits of your patience with their antics and uncooperative attitude. Tackling fussy, demanding and arrogant parents can also be really stressful at times.

Although summer and winter holidays in educational institutions are much tom-tommed, most of your vacations could go in faculty meetings, taking admission tests, planning yearly activities, making charts for class display boards, computing marks and grades and uploading them on CBSE (or ICSE/state boards) website. What’s worse, salaries in private schools may not be at par with the salary of even a govt department peon let alone be commensurate to your work.

In short, teaching is certainly not for the fainthearted.

Hence, a word of advice from a senior teacher for those desirous of becoming a teacher. Weigh your choices carefully before you take the plunge. Don’t get into this profession just because it is the only option available or it appears to be easy, it is not! Like any other profession, it has its advantages and disadvantages, pros and cons.

Take up teaching only if you love being with children and are passionate about the profession of education. Come with very few expectations, a very high sense of commitment, and an ocean of patience. Do not look for personal awards and rewards, not even gratefulness… your students’ success would be your reward and award.

But all said and done, no teacher can deny having experienced a few soul stirring moments with their students that they would cherish throughout their lives. I am sharing here a few special moments from my own treasure of experiences as a teacher in a public school in Delhi.

A few years ago, while teaching a piece of poetry to adolescent ninth graders, I happened to ask them if they would like to share something about their family life.

Their response was virtually a glut of emotions… a normally reticent child spoke of his difficult life at home with his new dad and his beautician mother, another narrated his grandpa’s funny eccentricities, a girl hesitatingly confided how her mother had deserted her a few years ago, another girl’s parents had expired in an accident and she lived with her grandparents and uncle’s family, a boy spoke of his parents’ expectations from him. As they opened up their hearts, we became one – they were no longer students and I not merely their teacher!

The usually boisterous class fell silent, not a pencil dropped, no scratching of pens, no pulling or creaking of chairs… the unveiling of so many diverse emotions helped ease out the hesitation in the other children. Many eager hearts seemed ready to burst out their secrets. I shut the door to drown out the noise of passing feet and children playing in the playground.

A few minutes later, another student – a new admission – stood up to reveal his family story. Originally from Uttarakhand, his father had struggled much in life, got education with much difficulty and now he wanted to provide his son and daughter the best education possible within his limited means. While sharing his father’s dreams, he suddenly burst into tears! His friend sprang to his feet immediately and hugged him to steady his heaving frame. I too rushed to calm him down. Others looked on-concern and empathy writ large on their faces.

The bell rang. It was recess. Not one student cheered or rushed out of the class. That one hour of shared joys and sorrows had erased the differences and diversities of status, caste, religion, gender…

Many more such moments followed over the following months. My students fought among themselves, had crushes, braved family problems, growing up issues, had tussles with the management, fights with students from other classes. Many a times PTMs turned into Parents’ Training Meet, I would be counselling parents rather than their wards.

Sometimes, when I was feeling down and out, they could sense it almost involuntarily… a smile here, a word of concern there and an offer for help would lift my sagging spirits within no time.

Two years flew away. They were to appear for their boards now and were more serious towards their studies and career. It was at this point that I realized they had grown up so fast and some were now going to move away to other schools, ending 6-7 years of constant togetherness.

This poem was an outcome of such intense moments when a close bond was forged between the teacher and taught. With some of them, the bond still goes strong!

Here is the poem:

It seems like yesterday when
They walked into my playpen,
The flock-young and naive, some hesitant and nervous,
Some confident and full of smiles.

One held my hand,
Another told the story of Lion King Grand,
Yet another climbed the window to swat a fly,
His friend hid under the desk to escape my eye.

And thus began the story of our friendship.
Of sharing sweets, chocolates and spicy chips,
Of graduating to A for Absent and B for Bunking,
Gradually learning the ABC of a Happy Life.

Lovingly I presided over my brood,
And helped them find
The difference between rude
And refined.

Together we learnt to love, enjoy, share and care,
To accept dislike, disagreements and failure,
To deal with anger, disappointment and despair,
All things in life, fair or unfair.

It’s amazing how time flies!
The flock too, is now matured and ready to fly,
Raring to touch the heights of the skies,
It’s time to loosen the strings, let go and bid good-bye,

Wishing them all the best,
To do well in all their life tests,
With courage, grit and determination,
And bring laurels to themselves, their family and nation.

Image source: a teacher teaching in class by Shutterstock.

BriefCase : Not Your Scary School Principal!

Why Are We So Stingy In The Gratitude We Need To Show Our Teachers?

Thank You, Teachers! 4 Of My Personal Favourites Among Films That Celebrate A Teacher