"We were expecting a son.' A mother of five chatted with her neighbor, unmindful that her daughter had heard her. The thought that she was an unwanted third daughter scarred her forever.

Yesterday, as I watched Chef Garima Arora on Master Chef India recount something her father had told her when she was barely 12-13 years old and that she realizes its profound impact now, it struck me how little things we say can turn out to be a lesson for life for someone. Or cause lifelong hurt.

When a female contestant mentioned that cooking was not just her passion but also a means to fulfill her desire to be financially independent, Chef Garima narrated an anecdote from her own childhood. Her parents had taken her to the Taj for lunch on her birthday and she loved the scrumptious and beautifully presented food there. Her father then showed her the bill and told her that if she wanted to have the same kind of food more often then her salary/income must be at a certain level. That comment, she said, had laid an indelible imprint on her mind about the need for being financially independent.

I was in grade 3 or 4 then and had just returned from school. When I was telling my mother that I didn’t write the answer to a question in my Hindi exam paper because I thought it might be wrong, a peanut seller who was there (a frequent visitor to our colony) asked me, ‘jab koi kaam kiya hi nahi to aapne kaise soch liya ki vo galat hoga? (how did you think the answer might be wrong when you hadn’t even written it). Jab aap kaam karne se pahle hi darte rahoge to uska parinam sahi ya galat hai aapko kaise maalum padega? (when you are afraid to even do something, how would you get to know whether it’s right or wrong)’.

That comment from a (probably) illiterate, poor man always stayed with me. When my kids were in school I would motivate my children (and as a teacher to my students later on) to keep doing things irrespective of the result. What would happen at the end, I would ask them when they sounded unsure and afraid of the result. At the most, they would fail in their attempt or their exam but they would have the satisfaction of not having given up without doing it. They would learn to enjoy the process of doing, it and not be charmed (or discouraged and depressed) by the result.

So how could I think of giving up without even doing it, I reminded myself when I was in serious doubt about passing a certain paper in my B.Ed examination. What right would I have to give this gyan to my children if I don’t follow it myself, I asked myself. So I squared my shoulders, picked up my bag, and left for the exam center. I cleared the paper even if with not so good percentage. And that fetched me a degree in education, my ticket to a job.

Some years later, an ex-student messaged me to share the news that she had secured a good job and credited her success to something I had told her on a particular day years ago. I was astounded because I didn’t even remember what I had told her that day. But ostensibly it left a lasting imprint on her young, impressionable mind (maybe her heart too) and motivated her into aiming high (despite being an average performer marks-wise) and striving to achieve her goal. Did I deserve to get that credit, I wondered. As a teacher wasn’t it my duty to motivate and encourage my students? Moreover, she didn’t need to acknowledge my contribution and express her gratitude to me as I had stopped being her teacher long ago. But then how a kind comment strikes a chord somewhere and influences someone tremendously, we do not always realize.

But not every comment leads to positive impacts, does it?

‘We were expecting a son.’ A mother of five chatted with her neighbor, unmindful that her daughter had heard her conversation. The thought that she was an unwanted third daughter scarred her forever and emotionally alienated her from her parents, even though the mother had never intended it to mean that way.

Let me cite another example of how our prejudices and expectations, intentionally or unintentionally, influence our behavior and speech toward others. In a recent episode of Sony TV’s prime-time show Shark Tank India season 2, the sharks were polite to the two pitchers but kept smirking and jeering as they spoke about their products and business. Their demeanor, expressions and questions were almost as if mocking the pitchers’ somewhat unrefined and casual manner of speaking. One shark even asked one of them if he was chewing something (hinting at tobacco or gutkha) because his speech was a bit unclear at times. I found the entire thing in bad taste but redemption came when the duo gobsmacked the sharks with their business strategy and revenue stats.

I just hope the two pitchers don’t allow the sharks’ unkind behavior and offensive comments to dampen their enthusiasm and try to become what they’re not. 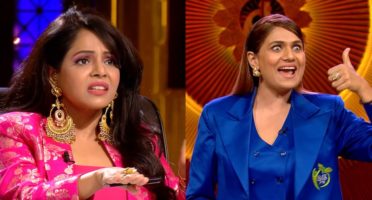 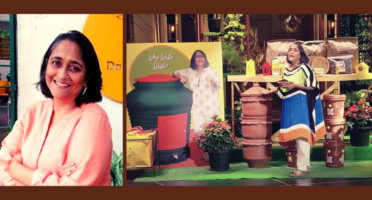