Sexist jokes about married men having lost their freedom abound on social media and with friends. Isn't it married women who lose their freedom, though? 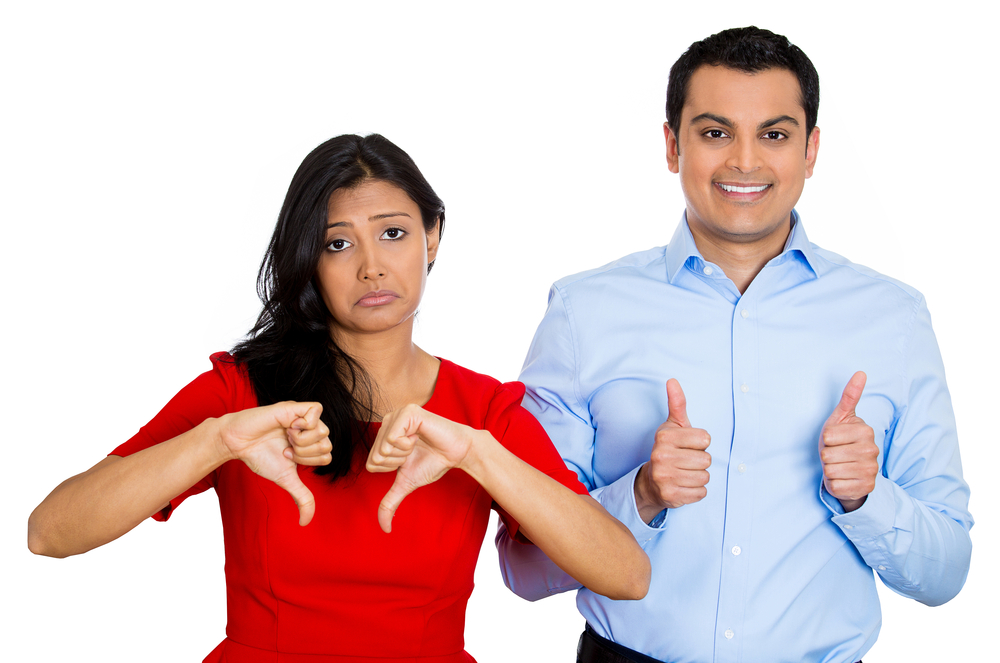 Sexist jokes about married men having lost their freedom abound on social media and with friends. Isn’t it married women who lose their freedom, though?

You know what is common between a newly married groom and a man married for 30 year? Some time or other you will find them giving voice to that same old joke with their friends, colleagues and so on, “I lost my freedom when I got married.”

Most of us treat it as a joke and we laugh. But I am sure in the heart of most of the married women there is a niggling pain. The strange part is that most men really in some degree or other believe that in some way or other they have had to give up their freedom because of their wives.

Yes, things do change after marriage…

Okay, I accept there is a change in their life style. They can’t stay out with their bachelor buddies as much as they want to. (Some do continue with their old life and still crib, but I am talking about the so called good husbands.) Their weekends maybe now involve watching movies, shopping sprees, clubbing with wives. And believe me the husbands do find time for their buddies much more than their wives can manage.

And believe me these are the good husbands, who love and care for their wives. And yet the joke remains at parties, dinner tables, one to one conversations. And do you really want to know why it hurts? Because they are the “good husbands.”

…but more for the wives!

Women leave their home, their parents, their friends, their very way of life when they get married. In some cases, it even affects her wardrobe, the food she has to eat after the marriage at her in-laws place. The hundreds of instructions poured on their heads from the mother-in-law, to the neighbouring aunty, to the house maid.

I know, I know! Many men out there will say there are cases where the bride moves in not with her in-laws but only with her husband. But dear sir, with no offence it is still “she who is moving” and not you!

A husband makes place for only one new person in his life, on the other hand a wife almost wipes out everyone. At the least, everyone from her pre-marriage days has to go a bit blurry from now on. In most cases, her husband’s friends are her friends now. And her friends accept it readily, “Oh! She is married now, of course she is busy.” They don’t even get angry!

Lets just change the scenario for once – husband misses one booze party in months, “Oh! Ever since he is married, his wife is holding his strings!”

Why these double standards?

Why do we have to deal with this hypocrisy? It is true things are changing, husbands and wives are friends now. Partners in crime, they come up with excuses to skip put on boring parties whichever side it may belong to. They are in it together.

And yet the joke remains. Is it a matter of masculinity that you have to say that you lost your freedom because of your wife? After a full fledged party thrown by the husband organized by the wife for his friends, some male voice speaks out, “Oh I lost all my freedom since I got married.” And everyone bursts out laughing.

Yes, you are right, if it is a joke and I know it then why is it pinching me so much? Because if you prick someone with even a small needle at the same place again and again believe me it will bleed.

All I want to say is, why are we women scared to voice the same opinion in front of everyone? We do it only with our closest girl friends or in fights with our husbands. But why not accept it and speak it loud? Are we scared it will be taken too seriously? Is that the irony of the situation?

I have a very loving husband and yet I want to voice my opinion, “Yes, I lost my freedom after I got married.”