RK Pachauri Gets Promoted In TERI Despite Sexual Allegations Against Him: What Signal Does It Send?

Despite having sexual allegation charges against him, by his colleague, RK Pachauri is promoted in TERI. What does it talk about sexual harassment in India? 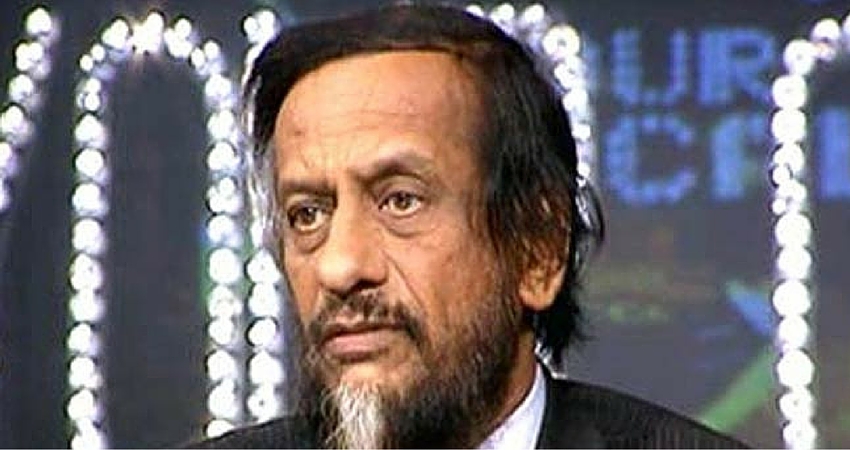 Despite having sexual allegation charges filed against him, RK Pachauri is promoted at TERI. What does it say about sexual harassment in India?

It’s so easy. All you need is power and a place of prominence; everything will be forgiven, forgotten and you will be celebrated.

A year back, RK Pachauri, then the director general of The Energy And Research Institute (TERI), was suspended on grounds of sexual harassment charges against him filed by a colleague. After a year, even before there is any pronouncement of punishment or otherwise, RK Pachauri has been promoted as Executive Vice Chairman of TERI.

Meanwhile, the woman who filed charges against him left the organization, saying later that she was pressurized by the authorities at TERI to go for an out of court settlement. It’s absolutely mind-numbing to find how lightly we treat cases of sexual abuse.

In an interview with the Live Mint, the 29 year old victim, who was a researcher with TERI says, “The ICC was constituted formally only when my complaint was made public knowledge. The police registered a first information report (FIR) five days after my complaint to them.”

She says that she had little or no hope from the Internal Complaint Committee (ICC); it was only the three women who were part of ICC that she remembers with respect because, inspite of a hostile environment and TERI’s employees visiting them late at night, they did publish the report. The initial report found Pachauri guilty of sexual offenses. However, later, the court stayed the report.

Now that Pachauri is being promoted, it seems that the only victor in this case has been clearly him. It signals to us that if you are a victim of sexual abuse by the mighty and the rich, its better you shut up, as this 29-year-old researcher was clearly told to have an out of court settlement.

The whole of the country was outraged, but it seems nothing much has changed. The same victim blaming or asking the victim to shut up reappears. One of Nirbhaya’s rapists said that they would have spared her, if she did not fight back. And here again, at an elite institute like TERI, where everyone is presumably well educated and informed, the victim was pressurized to agree to an out-of-court settlement. In all cases, it is always the victim, who is supposed to shut up.

The researcher adds that her mental and physical health suffered all through this. She was left with no money, a job she had to quit and a tainted CV. Yet, Pachauri was promoted at the same workplace where he has a case of sexual harassment pending against him.

The Government too has done nothing to help in this case. In fact, the police officer who really worked hard to put together the testimonies against Pachauri was transferred from the case. This only proves the nexus of the powerful and the rich, who end up saving each other’s skin.

There is  a second victim who has now come out with sexual allegations against Pachauri. In fact, the reason she did not come up earlier, is that almost defeated her morale to fight when she saw the way the first victim was treated.

This is not the first time we have seen the abuse of power. Recently, an editor of a photography magazine was faced with the same charges by his female interns. It was one of his interns in Kolkata who first talked about it and a can of worms was opened, leading to many young girls sharing their experiences. In this case, the Editor used to send sexual messages on facebook and in some cases; he made the physical  first move on the victim.

In TERI’s case, Kiran Mazumdar Shaw quit the Governing Council (GC) on differences of principle. It is sad that even someone like her, a powerful and independent woman could not make much of a difference. (And let’s not forget that someone like Naina Lal Kidwai is still a part of the GC.)

Now that Pachauri is promoted, it is also a complete mockery of the Vishakha Guidelines.

Though we are now talking louder about sexual harassment against women, the promotion of Pachauri only tells us that the change is too slow.

(A petition to remove Pachauri from this new post has begun.)