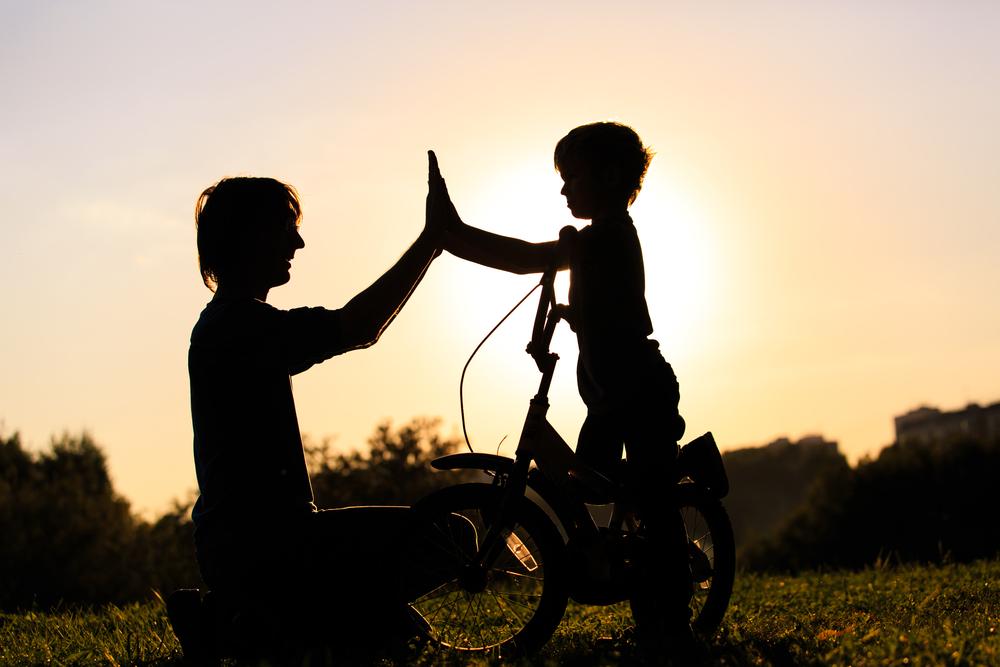 I have a very dear friend. He is 34 years now. We got talking about his relationships. There had been a series of tumultuous and heartbreaking relationships he had. He comes from a well-off family and he himself is doing well in life. But when it comes to relationships he could not figure out, why all of them fail so miserably. Then we went back, I checked the pattern of all his relationships since he was 15. Each woman he falls for leaves him and he always felt ‘not-good-enough’ for anyone of them. Also, because of his ongoing ‘not good enough’ feeling in life, he was the one who gave the most in his relationships. I could sense his deep rooted bitterness, which has crept in throughout these years.

I have another friend, who works in a very high paying job, comes from a good family, but she has this immense need to please people. She would buy us gifts for no reasons and would want to fit in,in every conversation.

But, when I went back to where they came from, the answer was clear. They both come from disapproving parents. From day one, they were told they were never good enough, and rest is history.

Childhood is the most important part of a human’s life. We almost become what we hear. We learn to draw our boundaries, the way we were treated and the tragedy is that, so many times it was violated. How often, I have heard parents tell their children that they are ‘stupid’ ‘idiot’ ‘ugly’ and so on. Do you know, what it does to the child? The child believes in it completely. I have seen so many women struggling with body image, have you ever thought where it all came from. How many times, you see parents looking at their children with disapproving looks and asking them to do something more, like eat more, play more and so on. Another classic situation is when you might not like a dress your child is trying, parents don’t ask gently to change the dress,  they say that the kid is not looking good in it. So, what did the child internalize? It started believing that he/she does not look good. So, the child stops acceptance of the body.

Ofcourse everyone says that they had the best of intentions when they reprimanded the child. But, here we need to understand that whatever we are saying we are creating a map for the future. I have seen, that the worst venom we spit on, are on our children in the confines of our homes. Verbal abuse is the most common and horrific form of child abuse. It robs a child of his/her self image and confidence. And later in life, it comes back like a prophecy.

You cannot tell a child, how bad he/she is and expect him/her to grow up to be a fabulous human being. Each word that we speak to a child creates a hook within and even as a grown up he/she will have a tendency to create similar experiences. There is nothing wrong in telling a child that something is not right. But telling it over and over again and instilling guilt and shame is the worst form of abuse, because it goes deep within and stay for long; sometimes forever.

If a kid fails in Maths, in school we declare him/her as a loser. And that hook stays much later. And starts manifesting in many forms much later in life. Mu ex-colleague would over work, try to please the boss all the time and over do in every project we were given. He only waited to be approved and praised by the boss. We all laughed at him. Much later, I read his blog and he confessed how he was always called a loser by his family and now he would do anything to be not called one. Now he is 34.

We haven’t created a great society. Have we? Have you ever wondered, if our society raised its future well? All that we have today, is the outcome of yesterdays. True, many say, how the world influences a person. But most influence comes from the family. Children trust and believe everything. They can’t distill, between good and bad, what you say they will trust.

Indian parenting has a problem of putting children down. No, children are not invisible. They are the most important resource a country can ever have. In them, we have our future.  Yet, we don’t really understand it, because they don’t have the power to buy, neither to vote and most importantly they are dependent on us.

Now, how to get it right. Tell children what they should be, rather than what they should be not. We are so obsessed with what not to do. But very rarely we say what to do. When we tell a child, that he/she is fabulous, that is what he/she believes. You cannot foretell the future. Stop telling kids that they are dumb, not intelligent and so on. We need a society that has a different conversation with children. A conversation that uplifts a child. I teach young children as a volunteer. The day I am angry, little kids perform badly and the day I tell them how much I love them and how wonderful they are, they perform better. Each time, I have told children that they are amazing, they speak up, they are unafraid and they become so much more creative. This I learnt over the years. Love makes children blossom to wonderful human beings. Criticize them, you will create a bitter and silent child. And when they don’t speak up and are bitter in their adulthood, we will go to Pandits to find a ring for their happiness.

I once had a student in my class he came from an abusive family. He made my class so difficult. He stole tiffins, beat up everyone and made sure he would create some non sense in class. He was 6 years old. Every teacher got frustrated at one point. One day, I just told him what beautiful handwritings he had, I patted his head and wrote a good on his copy. For next 15 days, he only started writing pages and pages of his copy and showed me every time. I learnt that when I show the good, that what the child believes and manifests more. The more I tell him to sit quiet the more he shouts. So, from that day, my relationship with him changed, I told him what a good boy he was. I made him the class monitor. Infact he protected the tiffins, made sure everyone got their tiffins during breaks. There were just 15 children in the class. In six months, he improved. He was naughty for sure, but no more a menace. He no more wore his shirt like his Daddy, all buttons opened. I told him he is a good boy, he needs to button his shirt and wear his tie. He did. I sat with him and taught him, that when you eat, you share, you do not hit anyone else. He did. He stopped his mindless violence. He did his homework. Infact, he was the first one to report and help when a 3-year-old fell in the playground.

That is the story of Raju, the boy no one wanted in the class. That is also the story of many broken children, walking as adults, telling stories themselves that are not even true.

I pray that from now, we tell the right stories.

Let us all remember each time, we tell a child how ‘bad’ he/she is, we steal a part of his/her  ‘good’ future.