Finding Sexual Harassment At The Workplace? Here’s What To Do Next

Sexual harassment at the workplace can be a very real danger. Read on to find out how to handle it, where to go for relief. 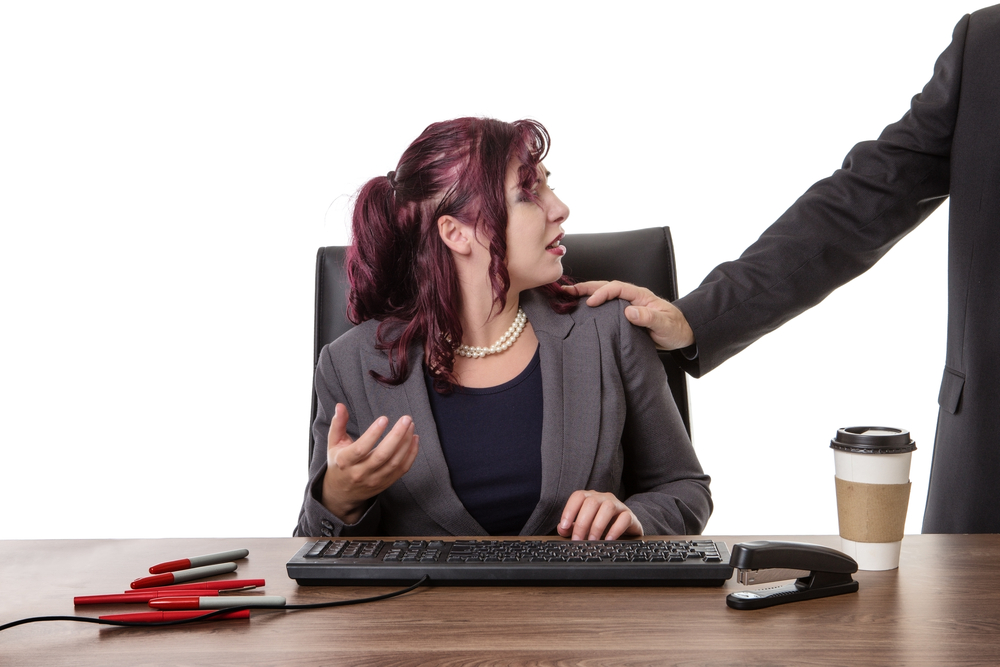 Sexual harassment at the workplace can be a very real danger. Read on to find out how to handle it, where to go for relief.

The sudden increase is a result of legislation from 2013, that requires any company, with more than 10 employees, to set up internal complaint cells (ICC) for redressal of sexual harassment complaints, with at least 50% of it’s members being female. Every district is also required to have a complaints committee with the powers of civil courts gathering evidence.

Are you a victim of sexual harassment?

Sexual harassment is defined as unwelcome physical, verbal or non-verbal conduct of sexual nature. The matter is subjective to some extent. While some women may not be bothered by sexually colored remarks, others may be deeply upset by them. But every employee deserves a safe and comfortable work environment.

What can you do?

If you are uncomfortable about sexual banter in the workplace, you could try to approach superiors in writing explaining your concerns. If the sexual banter does not stop in your presence then you can escalte matters by lodging a complaint with the ICC, including a copy of her earlier letter to her superior.

In case of more personal harassment either physical or though texting or phone calls, it may be best to approach the comittee directly.

In either case it is important to keep records of all communication with the perpetrator as well as with any superiors you have approached. Do not delete harassing messages on your phone, even if they are very upsetting. Store them to submit as evidence when lodging a complaint. I have heard of cases where the committee is predisposed to disbelieve women because they have no evidence.

In many cases like that of touching, or verbal humiliation or intimidation, when you are alone in the office with your superior, you may not have evidence. But you can insist on the door being left open when you interact with a superior in his office .

If you are desperate, you can also gather evidence by recording conversations or taking pictures of some one looking at you lasciviously. While such evidence may or may not be admissible in a court, and probably should not be made public unless advised by your lawyer, it might help you make your case with the committee members.

It is also important to remember that the investigation is supposed to be confidential and if you go public before the committee makes a decision you may antgonise them.

That being said, the committee must resolve the issue in 90 days. If they don’t, or if the situation gets extreme, you can always make a police complaint.

What if there is no ICC?

In that case you can try complaining to your superior. However if your superior is the perpetrator or does not address the problem you can approach the comission for women established by your state. According to this article Gujarat State Women Commission (GSWC) recieved 73 complaints last year and resolved a number of them. You can also write to the The Ministry of Women and Child Development reporting the company’s non-complaince with the law.

As a manager, how do you react to a complaint?

Do not dismiss it or disbelieve it on the face of it, even if it seems unlikely. If the complaint is relatively minor you could talk to the offender and request him to be more careful and considerate. Then ask the offended a few days later if the matter has been resolved to their satisfaction. If the matter persists or if the original complaint is serious ask the employee to register a complaint with the ICC and let them investigate it.

It is very hard to arbitrate these matters in the absence of evidence. While sexual harassment in the work place is fairly common, it is largely under reported. This leads the committe to sympathize with the victim. But there have been a few cases where women have abused he law to for o settle a personal grudge or have been manipulated to do so by others for their personal gain. Without evidence judging can be very difficult. In very ambiguous cases the company can keep the matter confidential but if possible separate or reduce work related interactions between the two parties.

There is some concern that cost of setting up an ICC and training its members and holding training programmes about sexual harassment can be a large financial burden for a small business or startup. But the recent refusal of the finance minister to make it mandatory for companies to reveal whether they have put in place an ICC has caused a stir.

Many men object to these committees because they fear their reputations being tarnished by spiteful women making wrongful accusations. But the law provides for confidentiality, which should be assiduously followed, as well as safeguards against malicious charges.

Not limited to sexual harassment

Workplace harassment is not always sexual in nature. Harassment can be in the form of gender bais or bullying. According to this article some of the complaints the GSWC received were regarding refusal of maternity leave, gender discrimination in promotions and discrimination based on marital status.

Finally, in spite of these efforts we have to gear our selves for a long battle. This article shows that, even today, in developed countries, there are many subtle ways in which women struggle to be taken seriously at work.