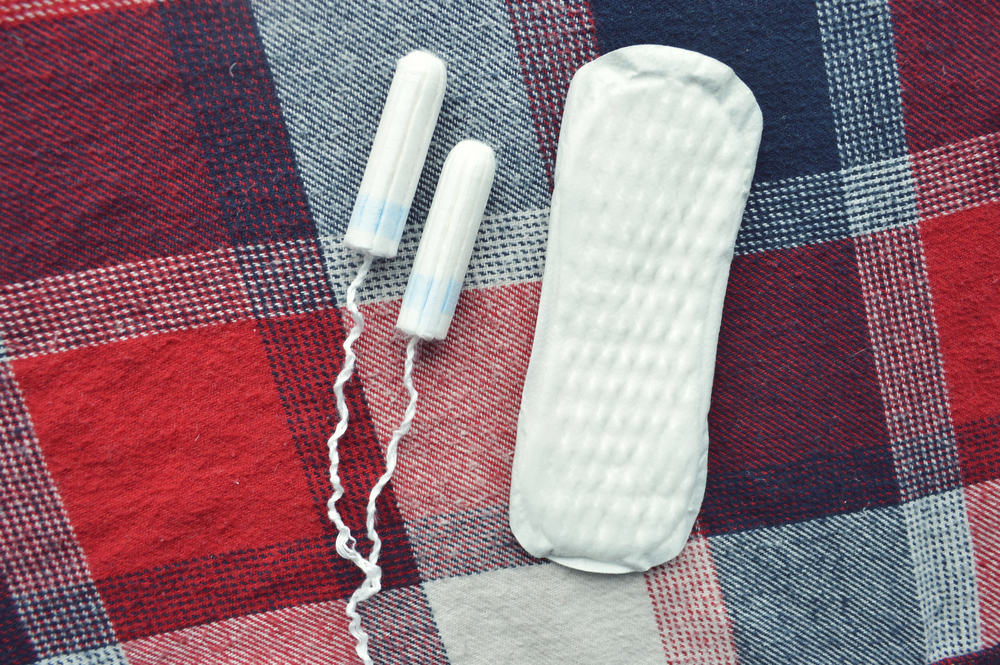 No Shame In A Stain

Stress over stains during a period, a biological function of being a woman? Here’s an article that tells you that there is no shame in a stain.

I was all of 13 when on a Friday afternoon, as the last school bell rang, I excitedly packed my bag in sheer joy of the weekend ahead. My back was to my best friend, who looked at me in horror as though she had seen a ghost, while simultaneously pointing to my white kameez. There was tiny red spot. I didn’t know what it meant or why it was there. I couldn’t fathom why my friend slipped away without saying bye. I walked toward my van, took my favourite seat by the window and peered out all along my journey back home. By the time I reached home, the size of the red spot had grown considerably. The only thing I remember about it is my mother dragging me into the bathroom and teaching me how to use a sanitary pad. Everything after that remains insignificant in my memory, blurred by my crying.

The next time I bled was a mere 18 days later. I had returned from school, changed and headed out to play badminton with friends. Suddenly, I was feeling uncomfortable, a tad dizzy and nauseous. There were ripples of pain running through my calf muscles, some even reaching my abdomen. I rested for a bit, sitting on the stairs while sipping a glass of water that was offered by a kind neighbour. A while later, I resumed my game and returned home only after my usual 2 hours of playing outdoors. When I stepped into the bathroom, I saw a patch of red right in the middle of my pants. I called my mom on the phone and cried. Was this going to happen so often?

I recall the time I went to visit my mom in Pondichery, where she had been transferred to, on work. On one of the nights, I had forgotten to peel off the paper behind a pad. When I woke up, the pad had moved to occupy an almost horizontal position. I also discovered that I had stained the sheets. Later that morning, embroiled in a feeling of utter shame, I penned down a poem about a withering flower (I’m a big lover of metaphors and it is my habit to take to words to express my emotions).

Over the next few years, as I understood menstruation and my bodily changes better, the instances of staining became less frequent. But the guilt and shame I had felt every time I had bled and stained cast a heavy shadow on my self-esteem. I began to blame myself for not being smart enough to bleed without staining – perhaps not smart enough to change pads wisely or choose the right clothes that wouldn’t reveal a stain so easily. For a few months, I began hiding every time I was on my period, confining myself to my room. I declined invitations to social outings with friends. I did not even get out of my room to watch TV when dad was around. I lived in a perennial fear of having stained my clothes and the impending shame if someone spotted it.

Noticing a change in my behaviour and outlook, my mom decided to have an open conversation with me. She made me understand that my period is an testimony to my womanhood, that staining does not make me a stupid person. Since then, I realize that there is no shame in a stain. Although I hardly stained after that conversation, the realization left me feeling liberated. I stopped worrying about whether a new day would bring along a new stain. I attained a whole new level of confidence and I began to love simply being a woman.

So here’s some free advice to all the mothers out there. No matter how well you prepare your daughter before her first period, she will most likely stain her clothes and the sheets. The least you can do is not bombard her with horror stories of how you managed in the days of using cloth. Instead, teach them that there is nothing to be ashamed about. Tell your husband and son to give the daughter some privacy if she is stressed out about the staining.

Nowadays, many women are fighting against the stigma of staining. Like the girl who posted a picture of her stained pants on Instagram, or the women who ran marathons without a pad or a tampon, with blood dripping down their feet. While the women community itself stands divided on whether such “extreme” measures are necessary to sensitize the masses, I remain so inspired by such women. It takes tremendous courage to perform such a feat, put up a fight and turn a deaf ear to all the criticism.

As a young girl of 13, I was perhaps not ready to foray into the world of womanhood. But 10 years on, I have not only accepted my womanhood wholly, but I celebrate it, carrying it proudly every single day.

Why Do I Have To Use This Wad Of Cloth, Maa? Why Can’t I Have Pads?

I Am Not Ashamed Of My Blood Stained Clothes: Writes A Young Woman After People Ogled At Her