Kiran Gandhi Chose To Run A Marathon Without A Tampon: Yes, She Was Menstruating 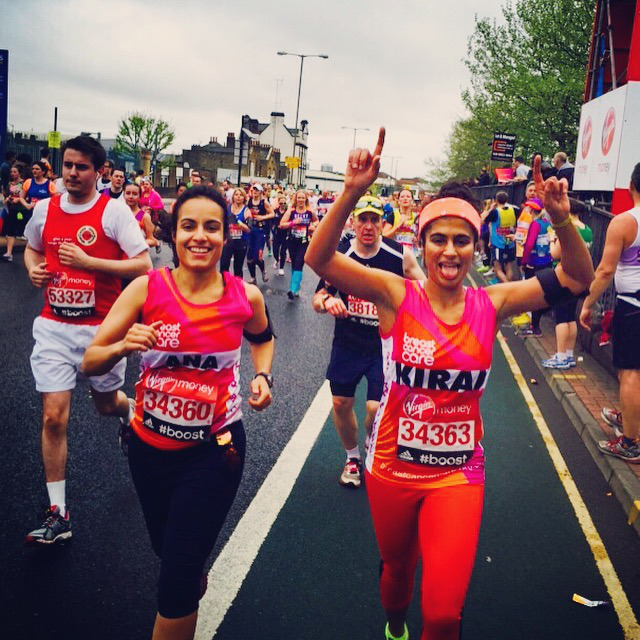 The shame around menstruation is a pretty universal deal. A few spots of blood and people (mis)behave as if they are in the water with sharks. I seem to remember a lot of hushed conversations among girls on the topic in school, a constant sense of panic around stains and spots and snickers from the boys.

So it was pretty inspiring to see Kiran Gandhi (known from many things including being a drummer) who decided to run and complete the recent London marathon without a tampon. Yes, you read that correctly, she chose to do it. It didn’t happen to her along the way. She decided “it would have been way too uncomfortable to worry about a tampon for 26.2 miles” and ran without one and more power to her.

Of course, there were the usual folks trying to shame her, including another runner as well.

Of course, there were the usual folks trying to shame her, including another runner as well. But why shouldn’t she run with the blood streaming between her legs? Perhaps you don’t agree but there’s no shame in menstruation, it is a natural bodily function. Not all of us would make the choice she did, but not one of us is harmed by it (rather we stand to benefit from the discussions she has provoked). So it is interesting to watch people’s reactions ranging from disgust to horror as if she had done something awful, truly reprehensible. She had not. She simply chose to focus on her goal of completing the marathon and made a body choice she was most comfortable with. It was her choice and it was encouraging to see menstruation dealt with in a matter-of-fact way instead of the usual drama that surrounds it.

Kiran Gandhi’s image via her blog