An Open Letter On Why We As Women Need To Stand By Ourselves First: From A Painted, Dented Woman

An open letter by a woman to her friend who is out of an abusive marriage on why we as women need to stand by ourselves first. And most importantly, why suffering is no virtue. 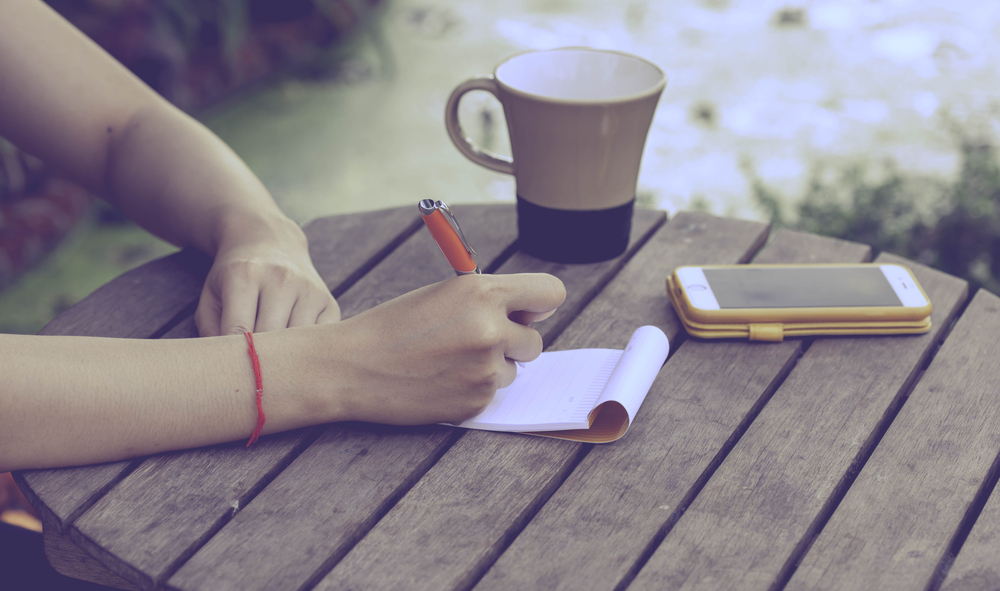 An open letter by a woman to her friend who is out of an abusive marriage on why we as women need to stand by ourselves first. And most importantly, why suffering is no virtue.

It’s a very lovely evening in Delhi today. I have moved out of the old PG. Infact, most of the girls you knew are gone. Life moves on. It’s strange we stayed so close and then parted to move on. Most left the PG because they were getting married. Last to leave was me. I shifted back to Delhi.

Life is going on fine with me. It’s almost a month, in this new place and I have settled quite well. This is my second letter to you, which I know, you will not read. But still, I hope someday you do.

I wrote my first letter to you last year after you got married. Today is the second letter I am writing to you after you returned back to your mother’s house because you could not stay with your husband. It saddens me, to see you so broken. Your voice over the phone looked so distant, so hurt and so lost.

Puja, my heart goes out to you. But dear the writings were always  on the wall. As, I contemplate things, I wonder where do we go wrong. You are so well educated and had a job of your own. Why did you choose to marry that guy- the guy who refused to open the door because the dowry amount was less by a lakh? The guy who would not pick your calls (during that 20 days of courtship, and you would not know, why). Remember you bought that new Samsung Galaxy phone, to have Skype conversation with him, and how happy you were. He never came online. You were in love (that was what you told us). But Puja, no one in love loses their self-respect. That’s the first thing you did. So, no matter what he did, it was OKAY for you. Bad behavior can never be okay Puja. You thought love changes, someone. No, it does not. People change through self-realization. He never had it.

He would not add you on facebook, but asked your passwords to all the social media accounts.

He would not add you on facebook, but asked your passwords to all the social media accounts. Remember that night you sat on my laptop, to delete each post any guy wrote to you. Those were as harmless post as a “Happy birthday,” which they wrote on your wall. When your then fiancée asked you about the guys in your life, you proudly said, you would not talk to guys ever. You wore that as a pride. The worst was, when he would misbehave you would silently suffer. And I saw some pride in being the suffering woman in love too. But is love meant to make us suffer? Or make us a savior. You would suffer trying to be a savior. Your answer mostly was, “His mother does not take care of him, she only loves his brother.” You stepped in to complete his life. To be the savior. To be the martyr. Know what- being a martyr is a self-appointed role. We jump to become one. Somewhere it has to do with self-worth. When we have very less of it, we take suffering as one of the pillars to hold ourselves. Somewhere it gives us that feel of being important, which finally eats up us more and more until we are just a hole within.

Puja, tragically all this happened in a month. You turned a deaf ear to all of us. Until one day after your marriage, he physically abused you and your brother had to fly down the next day to take you home.

And when I think about you, I see how predominantly the suffering woman is instilled in our girls. I am no exception. When I was growing up, I hardly heard narratives from anyone that was happy. Women around me talked at length how much they had to sacrifice and suffer to keep the family together as if a competition to figure out, who suffered the most. I learned Puja, that a woman practically has to suffer. Don’t as a culture we celebrate the suffering woman? Don’t we celebrate Sita? She virtually never questioned Ram. She suffered and suffered in silence. Would we worship her the same, if she questioned Ram or contradicted Ram? Do we give the same respect to Draupadi? Draupadi bayed for revenge and questioned everyone. We don’t name our daughters Draupadi, but Sita. Because our whole narrative of being a woman is based on unquestioned silence and suffering.

I have never known my Grandmothers talking good things they had in life, but the sufferings, some real others imagined. I somewhere inherited that too.

I have never known my Grandmothers talking good things they had in life, but the sufferings, some real others imagined. I somewhere inherited that too. You know that pride of suffering. As, if I put myself forward each time to play the role of a martyr, and for some time that was my favorite role, until one day I realized, this is making me kill myself and maybe all the narratives, I heard were not true. I learned that to be a good woman, I need not suffer; suffering is not my certificate to being good enough. I already am enough that too good enough. Nowhere in history, has suffering created a happy whole woman. And no one who is suffering can make someone else happy. How can one give something, which one does not have?

Suffering is a cycle, we induce it on others too- knowingly or otherwise. The worst is that we teach that to our daughters too that suffering is there validation. It never is and it never was.

I have learnt Puja, when we do not reclaim ourselves wholly, we will always live in broken parts. We will be okay with anything that might validate us, even for a little time. We will become too indebted to people who might show us a little love.

Puja, I do understand that your first year of marriage has been full of abuses, both verbal and physical. Whether you file a divorce or not is your call. Now, that you left his house, he is trying to be nice to you. You have to decide, if you are safe with him, both mentally and physically and then take the next step. You are scared of taking any step because of people. But darling, is there any point proving to be the girl, who silently suffered? Think about it. Think about yourself.

I have learned through my life and sufferings (which I think I jumped into) if I don’t stand by myself and respect myself no one else will.

I have learned through my life and sufferings (which I think I jumped into) if I don’t stand by myself and respect myself no one else will. I am responsible for everything that I am. Human beings never do anything that does not satiate a need. The need to suffer almost stems out from the need to fill low self-worth. It’s time Puja, we look deep into ourselves.

You and I can talk about the Govt. the laws, the society etc. But that will be passing the buck. Am I taking the full responsibility of making a choice? That’s the first step towards change. You and I are no backward woman who has no access to choices. We have. Remember before the laws or anything for that matter, we have to accept ourselves as a whole human being, who is responsible for our choices. Society taught us, we are someone’s daughter, sister and finally wife. Puja, we are individuals, who have the right to choose our own happiness. That is what we need to ingrain within us.

Puja, we have come a long way from the time of our grandmothers and for the sake of our granddaughters we need to go a long way. Our narratives will affect the women they become. Fractured narratives create a generation of broken women. We need whole narratives of women, to give birth to women who treat themselves as whole and create a wholesome life. That we owe to our next generation. To our daughters. To our sons. And mostly to ourselves.

May you find your own story someday and stand by it.

A woman writing a letter image via Shutterstock