Crying On The Wedding Day : A Bride Recollects

Is crying on wedding day a must? A bride recollects! 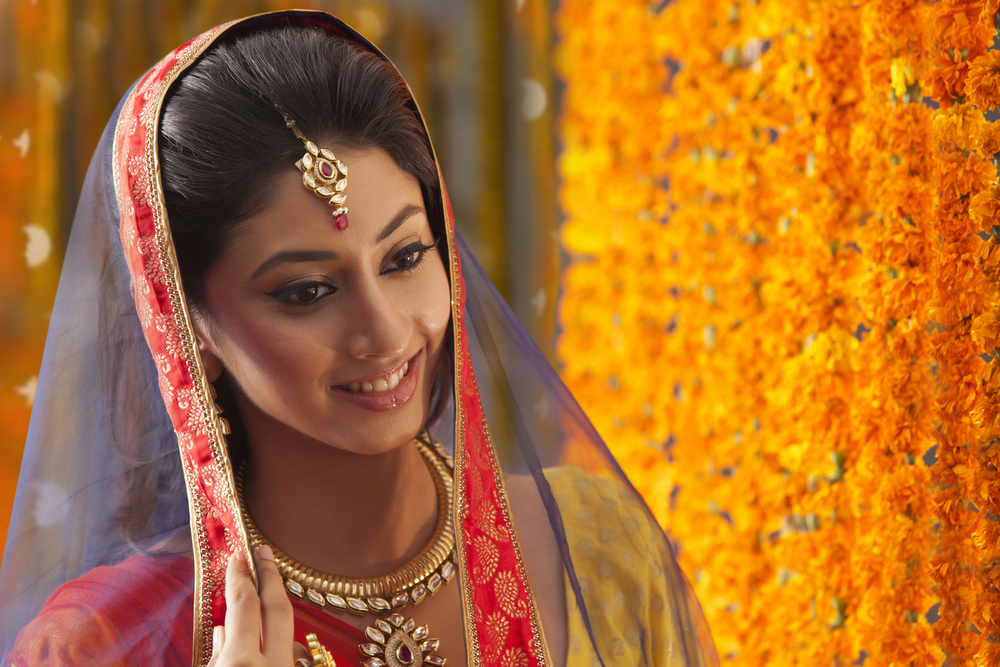 Is crying on your wedding day a must? A bride recollects!

She was as normal as any other girl. Young and happy, vivacious and joyous with a spring in her step and a twinkle in her eyes. She met the man of her dreams, her soul mate, with whom she was willing to spend a lifetime. He was as tall and handsome as she had desired and wished for, he was as charismatic and open as her family longed for. He was the perfect groom to be and an even more perfect lover. With ecstasy cradling her every smile, she dreamt of the beautiful tomorrows and forevers. Waking up to his handsome smiles, being warm and fitting like a glove, into those sturdy arms.

So, obviously, when people called out her name, it took her several seconds to acknowledge their calling; she browsed through channels on TV aimlessly, with a stupidly serene smile plastered on her radiant face. She sometimes fed the dog too often, sometimes ignored his thousand hungry barks till night. Well, in her defence, she was young! And in love! Engaged and all set to be married off in a lavish south Indian-slash-anglicised-wedding!

So amidst the numerous lovey-dovey phone calls and dress fittings and dieting, she had lost her head and mind.

So amidst the numerous lovey-dovey phone calls and dress fittings and dieting, she had lost her head and mind. It was her heart that was fully functional and pumping like crazy, doing the work of two other absurd, poor, abandoned body parts, with the best of its tiny fist-sized capacity.

The bachelorette party came and went. So did the numerous other rituals. It was time for the big day and she was oh-so-star-struck. Needless to say, she was on cloud nine at the dawn of the D-day, her day, the day she was going to become one in flesh and soul with her beloved. Several makeup routines and family visits and gift-givings later, she was solely in need of an empty room and fresh air. But that was not given to her.

The poor girl was never a fan of big crowds and attention, she preferred the quiet life, behind her nerdy glasses and an open book. She found the big day too overwhelming and stressful to take in, all at once. To add onto that, she was not allowed to even talk to the groom to be and that topped the huge growing pile of her misery. Tired as she was, she was still happy at the thought of having peace at the end of the day, or who knows, even a few unsupervised ‘moments’ with the groom to be. Dreaming of such sweet nothings pushed her and kept her sailing through the day.

Dressed in all her wedding finery, she gave her reflection in the mirror one long glance and told herself to be prepared for the adrenaline rush when she said “I do”. But sadly, she was not even remotely prepared for the disaster that was waiting at the door: a train of relatives who stood welcomingly (some, menacingly) at the doorstep, waiting to hug and say their final goodbyes to her girlhood, to her sweet, single status and to weep crocodile tears (for what, I do not know. She’s getting married, not cremated for God’s sake!).

After some genuinely sincere tears, came the big pretence ones, boohooing into her poor poor ears

After some genuinely sincere tears, came the big pretend ones, boohooing into her poor, poor ears. She tried, with as much grace as her body would allow, to comfort, to hold their crying selves together, in one piece. With the flashing cameras still on, she could barely wipe that stupidly serene grin from her happy face. It was then that the crowd snickered. A soft grumbling began and the whispers grew into louder accusations.

What kind of girl is this yaar?

She’s getting married and going and all and she’s not even sad!

At least she can pretend no?

It looks like she was waiting to get married only!

Though she tried ignoring the jitters at first, thanks to her brilliantly happy mood and her dreams of tomorrow, it reached her ears somehow.

At first she froze. The camera man even asked her to unfreeze and compose herself. The reaction was that evident.

And then she unfroze, too rapidly and broke into a sweat.

The makeup artist froze now, trying to save her hard work by plucking out tissue after tissue and dabbing the girl’s face with it. Suddenly, the girl composed herself and smiled a dry sad smile towards the flashes and stopped mid way.

Softly at first. Accompanied by a violent shaking, later. She dropped her bouquet and cradled her face in her Irish wax manicured hands, and cried, for reasons she herself did not know.

She cried for not crying when they cried.

She cried for the dead humanity, sympathy, love and real affection in the hearts of her jeering relatives, to rest in peace.

P.S: This actually happened! Being the stoic un-crying woman that I am, I seldom cry. I wrote this on the very night I got married so that I would not forget the tiny details. Haha!