Maternity Leave Rules In India: Is It Time For An Update?

Maternity leave rules in India need to be looked into again, under the changing socio-economic circumstances. 12 weeks of paid leave is hardly sufficient.

Recently, Accenture India increased the mandatory maternity leave duration from 12 weeks to 22 weeks. That’s a great move towards working mothers and one that has the potential to become the first mover in the corporate world. But will other companies follow suit? Has the government taken a note of this?

New mothers quit jobs every other day in companies. Sometimes, it’s the lack of support and sometimes, it is the need of the hour. I have seen many career oriented women, who though doing well in their professional lives leave their jobs, just because 12 weeks of maternity leave is not enough. The hard part is that statutory guidelines of providing working women a maternity leave of 12 weeks was formulated in 1961. After over 50 years, it is high time to reconsider the duration of leaves and revamp maternity benefits for Indian women.

From 1961 to 2015, the Indian household has gone through a drastic change. More and more women are in the workforce than ever and they treat their careers with the same importance as their male counterparts. They want to return to work after the baby is born and a support system is not always a possibility. Day cares, nannies and other alternative options have to be thought of by the couple at least till the time the baby can emote its needs.

There is a paid twelve weeks of maternity leave and insurance benefits. I am also aware that under complications, four additional weeks of leave is possible but knowing that the new mother would want to spend the maximum time with her new-born, she tries to push herself hardest to take the twelve weeks of leave after the baby is born. She ignores self care and starts putting herself behind much before child birth. She certainly deserves more than what she is granted, and who else but the lawmakers of this country can address it.

The situation in reality

When I was born, my mother wasn’t working. She started to work, when I was four so my example is the wrong one to quote. I am kind of guessing, that this is the case with most men or women of my age. Things have changed now. Today, a mother of twins quits her job because with two little babies at home and no support in the city she lives, 16 weeks is too short to be ready to join back work.

There is a mother who recently had a baby and while she is seeing her grow every single day, this baby goes feverish because at 6 months she is too young to tolerate the air conditioner at the day care. While this new mother wants to return to work, the fact that her half-year old is undergoing “separation anxiety” leaves her thinking if it is the right time to go back to work.

Today, a mother of twins quits her job because with two little babies at home and no support in the city she lives, 16 weeks is too short to be ready to join back work.

Even doctors advise that a baby needs to be breast-fed for first six months of their lives. Mothers undergo guilt at leaving their babies behind, in day cares and then at work they wonder whether their little ones ate something or not. Is somebody playing  with the child and keeping him/her happy? Will she be able to fully contribute at work knowing that her child is probably crying because (s)he can’t see the mother around?

The point I’m trying to raise is whether 12-16 weeks of maternity leave is good enough or not. Is it enough for a new mother recovering from a C-section or the heavy bleeding with a belt tied to the tummy to support the uterus to get back to work with full enthusiasm and energy? Is the leave good enough for the baby to smile and wave while (s)he sees the mother leaving for work? I agree that the maternity leave in India is a paid one and it is certainly helpful for that financial support but is the duration enough?

Should the duration be reconsidered once again? 50 years on and we haven’t even come at par with many other nations in the world. What about flexibility at work? What about nursing breaks that consider the fact that the child may not always be in a day care that’s at a distance of 100 metres? When companies want to show that they encourage women to join after delivering a baby, do they also give enough support to the new mom?

An acquaintance of mine in Canada is going back to work after her daughter’s first birthday. She is mentally and physically ready to get back to being a physiotherapist and so is her baby who can now walk and express things. The first year is crucial for both the new mum and the baby. Now is the time to look into it. Many other women in India would be willing to continue working after becoming mothers if they know that the law allows them a year-long leave.

As a nation, when we are doing so many positive things to show our worth to the world, this is certainly important.

Nothing can ever be more important than human lives and the mother who brings it to life. It’s high time the government reconsiders the laws around motherhood and maternity leave for women in India. 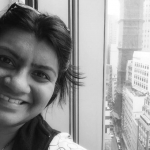 Paternity Leave For Dads A Must So That Moms Don’t Lose Out On Careers! Are Lawmakers Listening?