Many working parents seek the support of a nanny to help care for their child; while a few cases of abuse exist, it is no reason to judge a working mother. 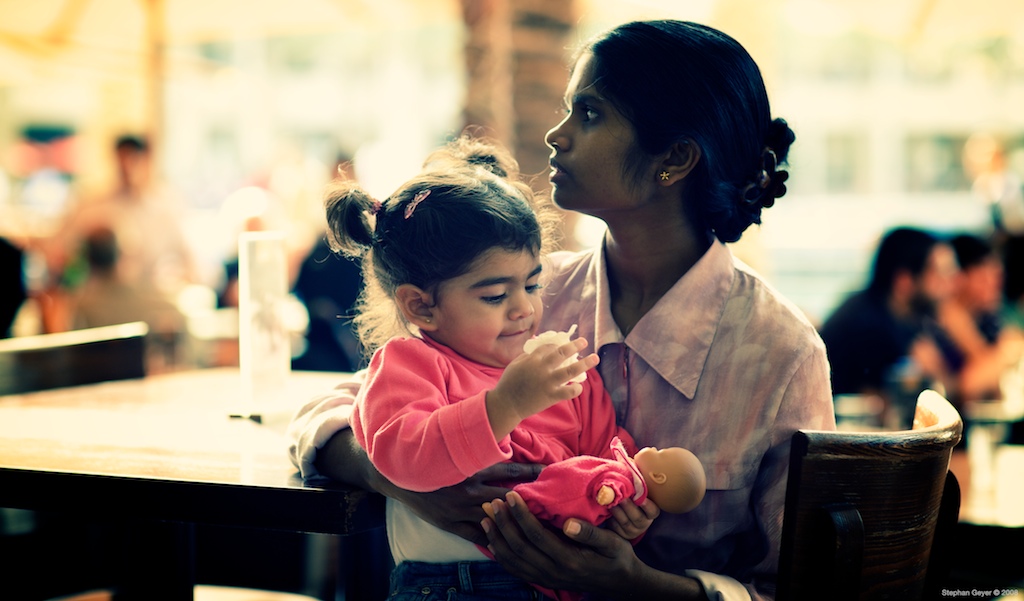 Many working parents seek the support of a nanny to help care for their child; while a few cases of abuse exist, it is no reason to judge a working mother.

This is a link to a disgusting, disturbing, but thought provoking video I received as a whatsapp forward.

A mother and a grandmother in her fifties, employed by a Pune family of working parents as nanny to their 11 month old child is seen battering, flinging, hitting the child in this recording. The parents suspected that something was amiss because the child was withdrawn and frightened when they returned home some days ago and therefore, installed spycams.

The case is registered with the police, the woman in question has been arrested…but so rare is this kind of disclosure in India that at the time of writing this, there was uncertainty about the offence that she should be charged with.

In the U.S.A, it is however commonplace to watch the nanny on Spycam. The Louise Woodward case was one of the first cases of no spycams.

In 1997, a family of doctors employed a 19-year old English nanny to look after Matthew, their infant son. The child was found with severe injuries and some days later, died in the hospital. After an initial verdict of a 15 year sentence, on appeal, the nanny was freed after serving a mere nine months.

A section of the media which thought that the nanny was being unfairly blamed and excessively punished, later pointed the finger at the mother of the child! Not for battering the baby, but for leaving the baby with the nanny.

The defence attorney also tried to paint her as someone who was too concerned about her work and less about her baby.

Being judged as a working mother

So here we are, back again to the ghisa-pita (stale) discussion.

A mother who HAS to work to add to the family coffers is also a working mother. But, she elicits a certain amount of support and even sympathy. The maid who swabs your floors, the lady-sweeper on the road, the vegetable seller that you buy from, the supermarket attendant, even the young woman who looks after your child, have all left their family in someone else’s care to do their bit for their family’s finances. They find kindred souls within their neighbourhood and friends, who do not ‘cluck’ with horror at their dilemmas.

Middle class mothers are however, assumed to be working for the heck of it. It does not matter that they have reasons, and rather solid ones at that. But this is not the forum to go into that.

As with all such discussions, the father is completely left out….

The camel’s back is full. Women expect so much of themselves and almost kill themselves doing it.

Being a woman and mother are full time jobs as it is. Add to that the pressure of a job. The camel’s back is full. Women expect so much of themselves and almost kill themselves doing it. The home and its upkeep, the children and their upbringing and so forth are demanding enough. Even Superwoman could not have done it all.

Even when you are homemaker and mom, there are times when you feel irate, bored, frustrated, tired, angry, because you just cannot do justice to it all. At times, there are mothers who hit their own kids as well. A google search for this video also pulled up a news report of a 13 month old girl-child, who was being battered by her own family because of her gender!

Add to that the heaped on guilt of incidents such as these. The thought that a grandmotherly figure whom you trusted was actually ill-treating your child! It is the last straw.

At such times, do we also need to be judged for alleged “abandonment” of our child while we worked?

What do we learn from this episode?

Be cautious while choosing a nanny. We all are. The Woodward nanny came impeccably trained and recommended. But it helps your peace of mind to have credentials.

Obey your instincts. If your gut tells you something is off, believe it. Look for signs of abuse and your child’s behaviour with the caretaker. Take action.

Do not blame yourself. The first instinct for a mother is put herself under the lens. “Did I do it wrong?” You decided that it was good for your baby at that point of time. No one is infallible.

Pass it on. Do not judge another mother in a similar situation. Close ranks and help her out emotionally.

Arrange for surprise checks. A neighbour, relative, friend, your spouse or you could drop in unannounced.

Or install a spycam as these parents did!