Meet Carol Rossetti, The Inspiring Artist Who Celebrates The Diversity Of Women

An inspiring interview with Carol Rossetti who is an artist, designer, illustrator and feminist. She draws posters of real women, with short, yet powerful messages. 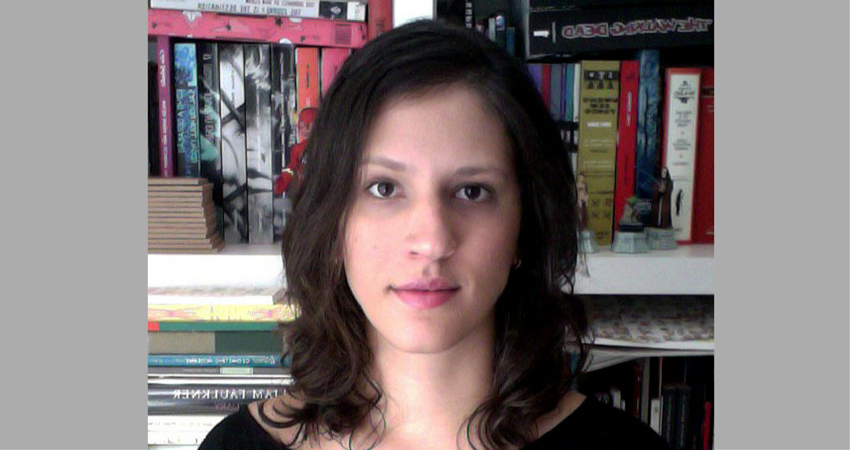 An inspiring interview with Carol Rossetti who is an artist, designer, illustrator and feminist. She draws posters of real women, with short, yet  powerful messages.

Increasingly, women are expected to look a particular (perfect) way, and  nothing other than this model figure is acceptable. When the media, celebrities and society around us advocate this, we become insecure about every aspect of our personality.

However, there  are women who celebrate their distinct body shape, size and  looks. Here is one such artist who draws women for who they really are and doesn’t hide their flaws.

Carol Rossetti is a Brazilian artist, designer, illustrator and feminist. She has drawn a very popular poster series of women in all their diversity, with a short, yet  powerful message addressed to women written on each of these.

Her works address a number of issues pertaining to women, like body image, ageism, acceptance of diverse sexual lifestyle and self-confidence. Her works talk about women’s insecurities and narrate successful stories of how these women overcame their insecurities.

The text for these posters was originally written in Portuguese. A few months ago, the English variants went viral online. Now, as her popularity has crossed borders, the texts on her posters are being translated into Hindi and Marathi, and other languages. You can view these beautiful posters on her website.

In an interview with me through email, she shared her views on unfair gender expectations and what inspires her work as an artist. Here are some excerpts:

At a time when most media focus on women’s bodies that conform to the norm of what is ‘ideal’, what led you to create this poster series that shows women exactly the way they are?

Carol Rossetti: I think it’s neither healthy nor interesting to see a single profile of a single body type, ethnicity, sexuality and gender expression as a representation for all women. People are ready for more because we are so much more. We deserve, and we need a wider representation for women.

While your series has received a lot of acclaim, were there any disapproving/judgmental reactions, from men or women?

Carol Rossetti: Yes, for sure. I think it happens whenever we make a statement about something that needs to be changed. Change is not in everybody’s interest and it can be annoying to some people. I’ve received criticism from both men and women, and some of it was actually quite useful. Criticism is welcome because I always want to improve my work.

Some of them, however, were unnecessarily aggressive and I chose to ignore that kind of criticism. I’m open to dialogue, to make conversations and create new ideas. I’m not open to pointless bellicose arguments on the Internet.

Among the posters that you’ve created as a part of this series, do you have a favourite? If yes, then why is it your favourite?

Carol Rossetti: I don’t have a favorite. It’s like asking a mother for a favorite child!

With your work being translated into a few Indian and other languages, what do you feel about the ‘travel ability’ of such ideas? How important is the local cultural context, or are women around the world often facing similar issues irrespective of their culture?

Carol Rossetti: I think it’s amazing that these ideas spread so much. It was very unexpected. The translations are all made by people who volunteered to do that. On one side, I think women face cruel gender expectations and are affected by narrow beauty standards in the whole world. But these expectations and standards are different for each place, there are many cultural differences.

Some illustrations don’t work the same way in different countries, and I think it’s only natural. But people tend to identify and make their own “conversions” to their context and their lives. I might talk about a specific situation that’s very common in Brazil that might not happen very often in India, but still, Indian women recognize the feeling of that Brazilian character and identify with it – maybe not with the specific situation, but with the feeling. That’s very powerful.

As an artist, who or what are some of your inspirations?

Carol Rossetti: The list is not short. Amanda Palmer, Neil Gaiman, J. K. Rowling, Sakena Yacoobi, Chimamanda Ngozi Adichie, Roxane Gay, Craig Thompson, Marjani Satrapi… So many interesting people! But most of all, random people inspire me. People whom I see everywhere, every day. Everybody has a story, and that’s fascinating and simultaneously awe – inspiring.