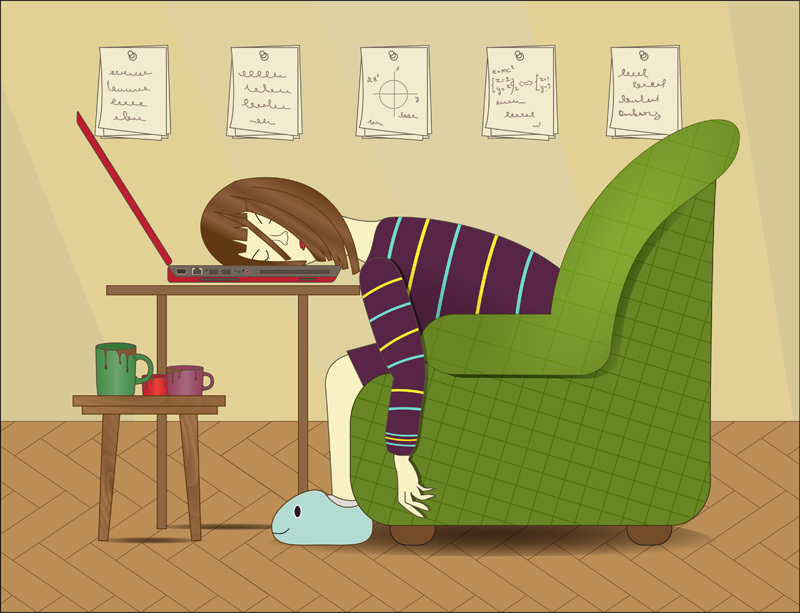 Whether they work outside the home or not, many women find that the routine of looking after a home and family leaves them without a holiday.

There was a house nearby that had a family of seven living there. Yes, in a nice three bedroom apartment, the seven members coexisted, living and working through their lives.

The father went to his office as did the two daughters.

The younger son and his wife worked together in their own shop. They had a little boy who went to school and his practice and tuitions and play; his days full and busy.

Left behind to look after and cater to all the needs was the mother. A caring, kind, homely and typically motherly figure, pretty common in households across India. The matriarch who is the glue that holds the house and its inhabitants together.

She is the doer and organiser of the house; very affectionate and helpful, she often goes out of her way to lend a hand.

She also does the cooking, washing and general upkeep of the house; insisting that she is free. “What else have I got to do?” she says, and her family lets her.

Well, yesterday, she died; quietly and suddenly in the evening after finishing her chores for the day.

As if without disturbing the routine of the house. The doctors said that it was stress that brought on an early death with a heart attack.

Her friends said she died due to over-work.

I always saw her doing something. Peeling vegetables, cutting them, washing clothes by the buckets full – why could five earning members not get her a fully automatic washing machine? They  offered her some basic help and helped her themselves when they had time. Maybe it was her preference but at close to 60, even if she didn’t think about it, maybe they should have?

It was as if she was their time keeper and she herself ran out of time!

Now the son and daughter-in-law have moved to be closer to her parents. One daughter has married and moved away. The older son, newly married then, has now moved in with his homely wife to live with the father and one sister. I see his new wife (also a newer mother) handling the responsibilities of the house with élan.

Does she even know what she has got herself into?

I was thinking about her when I cringed as I heard my kid shout, “I need a break! I am tired and I am bored! Today is my holiday!”

How often do we hear this and yet, is it ever a holiday for a woman?

When was the last time you took a true, ‘cross your heart and hope to die’ kind of holiday? Even on a holiday you have something to do. I wondered when I would get mine. Even I was tired and bored as hell; more than him, I need a timeout!

Why is always a woman’s job to look after everyone else?

Something to fix, mend, sort, fold, open or just clean and control things getting out of hand. The weekend looms over like a large bottomless pit where I need to jump in, forgetting my fatigue from the past week and hoping it goes off smoothly and swiftly.

So I ask, when will I get my holiday? Or will I be like the lady who just vanished suddenly, still waiting for her holiday?

I always hated Mondays but now I love them. That is the day I take things slow. It is the day I have a partial holiday. Three hours in seven days.

Image of tired woman via Shutterstock

Those Screams Inside The House At Night… What Were They?

As The Daughter-in-law, I Am An Outsider & Always Will Be…