Veena Venugopal’s The Mother-In-Law explores the dynamics of one of the most controversial relationships in Indian society and paints a rather appalling picture of it. 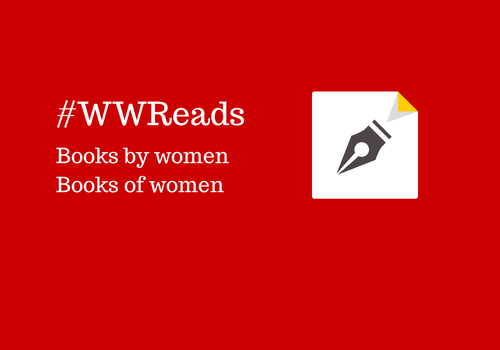 Veena Venugopal’s The Mother-In-Law explores the dynamics of one of the most controversial relationships in Indian society and paints a rather appalling picture of it.

The equation between mothers-in-law and daughters-in-law has been the subject of much discussion, especially in the Indian cultural context. In fact, as I was reading Veena Venugopal’s latest book, The Mother-In-Law, coincidentally, conversation was buzzing in one of my ladies–only whatsapp groups about how to handle meddling mothers-in-law! Arguably, the mother-in-law and daughter-in-law relationship is one which has seen much angst, anger, and agony.

The Mother-In-Law is a collection of real life stories about Indian mothers-in-law as shared by their respective daughters-in-law. Out of the 12 stories – including the author’s own – the majority would fall under the “love” marriage category and only a handful can be considered to be strictly arranged matches. The book starts off on a breezy and humorous note and I was looking forward to a light read.

I found myself laughing and nodding my head in agreement and acknowledgement at various points in the beginning. For instance, “Across the length and breadth of the country, daughters-in-law decide on a salwar kurta as the appropriate attire for that first meeting with Mummyji…. It seemed like an ideal middle path – traditional enough to be acceptable and not overtly traditional like a sari.” To echo the author, “I must confess, I did too.”

However, sadly, the mood of the book slowly deteriorates and goes downhill as you progress further, despite the author’s valiant attempt at keeping it funny. After all, no matter how evolved your sense of humour is, there is nothing amusing about the mother-in-law who snatches your child away from you claiming complete ownership, while relegating you to the role of a maid or the one who says that it is her son’s right to beat, rape, and abuse you every day.

It feels somewhat voyeuristic to read about the suffering of these women; an almost perverse pleasure one feels in comparing their troubles and tribulations with our own lives and heaving a sigh of relief that we are better off. Towards the end one feels rather dazed, as though one has watched simply too many back-to-back episodes of those ubiquitous saas-bahu soaps.

In the entire book, only a couple of stories give you a positive vibe – the rest are rather dismal and shocking, to say the least. Therefore, one wonders – what really was the aim of the book? The author mentions that her original intention was to use the clichéd mother-in-law as a source of comic relief but eventually she decided to knock some sense into the Indian daughter-in-law instead. In that regard, while the author does give some solid and sensible advice, I felt that she could have dug deeper into figuring out why exactly do independent, educated and modern daughters-in-law with supportive parents to boot – such as those featured in the book – insist on continuing in troubled marriages with spineless husbands and monsters-in-law.

For instance, upon posing this question to one lady, her reply was “Arre because” – and that’s that. The author’s observation as well as research skills are quite nuanced, so one wonders why she didn’t bother to look beyond the obvious.

Further, only one story in the whole book gives us a mother-in-law’s point of view. Perhaps, hearing both sides of the story would have given us a more balanced perspective and better insight into the unanswered whys.

If you are in need of some reassurance that you are not alone in suffering the tyrannies of a sadistic mother-in-law, then this book is for you.

Like Women’s Web and want to help us keep it awesome? Use our affiliate links below if you’d like to get a copy of Veena Venugopal’s The Mother-In-Law.