The issues women face w.r.t contraception go beyond "family planning" - at heart are questions of access to options and rights over one's body. 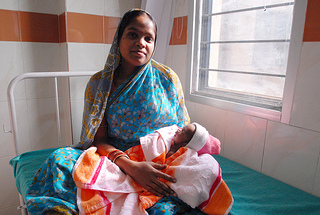 She was all of 22 year old. Four daughters already, two abortions done, I thought I should ask her how it felt to have been pregnant literally all the time since she had been married off. But before I could, her tear-filled eyes looked at me, her lips tried to (fake a) smile, and she said, “This is what women are born for after all. Isn’t it?” I had no answer.

It wasn’t literally that I had none. Somehow I could have used all my textbook based knowledge and my dose of empathy to make her understand that she was worth more than that. That she was powerful. That she was more than a baby-producing machine. That she had rights. But suddenly at that moment, I was completely numb. I had nothing to say. I realized how every system, every policy, every initiative, every organization had failed at that very moment for me.

Do I sound a little hopeless? I had to be. I had no other choice that moment. This issue was more complicated than it looked. What were the problems? Was it Patriarchy and Women’s Status? Or was it access to contraception? Decision making? Or Maternal Health Care? Male-heir desperation? What was it?

On my way back, her strong words kept on resonating in my mind and all I could feel was a sudden rush, an uncontrollable feeling of hatred towards society. People call me emotional with respect to my work. They say I should be more practical. But wasn’t the first reason I joined such a work force that I wanted my emotions to become a passion? I had a hundred thoughts and as the sun started setting, the cold breeze seemed to hit me harder than it usually did.

Issues of Family Planning go way beyond the number of babies. It encompasses the awareness of contraception, rights to make that choice on using one, it entails the issues of maternal and child care, it entails patriarchy and control over bodies, it involves issues of infection, HIV and Violence Against Women. It’s much more than contraception and incentives to get vasectomy or birth control. While the whole system in the country is working towards making people have  control over the production of babies, the lack of empathy has resulted in a flawed policy system where what we have reached today is a point on which we as citizens and humans are better off killing female fetuses and ignoring maternal health.

The fact remains that while an educated strong working urban woman is moving towards using contraception for her own sake, in an average Indian household (let’s not even discuss rural here) a woman still struggles to discuss contraceptive measures to be used by males. She will pop an i-pill or hormonal contraceptive pill rather than ask her husband to use condoms. Condoms have male ego attached to them.

So, when I asked that woman from a very economically progressive yet patriarchal town of a very rich state in India about her view on condoms and birth control, the blank look on her face made me wonder where we are all going wrong, in our struggle to make the country control the over-production of babies.

Questions remain: Will a woman show that she knows her contraceptives well? Will she tell her male counterparts that she is bothered about her health and so should he be? Will she go ahead and buy condoms for him to use? Will she be respected for her interest in use of condoms for birth control and also infections? Will a man value his partner’s opinion on contraception, let her choose what she wants rather than ego-stabbing his opinions on her? Will Contraception become more than a man’s decision and a choice that both take together? The point is that while men on the one hand expect to rule the woman, force her to do what he wants in bed, expecting an average Indian man to make balanced choices keeping his female counterpart in mind is going a little too far right now.

All this takes me back to my Physiology lessons where we did a project on Contraception in my B.Sc days and we explored the various methods and means, did we understand the theory and practicality to use them? The issues of negotiating, of decision making and of rights vs access are something that still remain untaught to women and men out there. Indians don’t appreciate talking about bedrooms publicly but somewhere the urgent need of the hour is to start talking about things as crucial as contraception, sex education, menstruation and pregnancy-childbirth-menopause.

Her eyes still haunt me when I see women like her around. And till date, I don’t have any answer to give to any woman who comes and asks me what to do to stop her husband from asking her to pull out baby boys from her uterus. I can never forget those eyes. Not until I find an answer, a solution.