Stereotypes in Indian cinema: The real Gandi Baat is the objectification and stalking of women 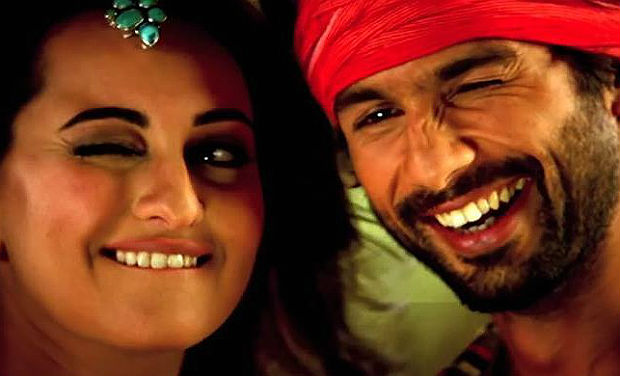 Hero catches a glimpse of the heroine; hero fantasizes about the heroine irrespective of the when and where, chases her whenever he sees her, makes lewd gestures and comments; the pretty lady wards off his attempts with well-placed indignation, but eventually gives in to his advances; the pretty lady is also ‘coveted’ by the villain, by the way, who treats her as a prize to be ‘won’; with the entry of the villain, the rude and ostentatious hero suddenly seems a lot more appealing to the heroine; after a whole lot of violence, and impossible stunts ala Rajnikanth style, “Mr. Hero, the heroine is ‘yours’”.

A typical Bollywood masala movie. But here are a few reasons why this story got it all wrong: Stalk me to talk to me; NO – We women love attention, irrespective of whether it’s bestowed by a man or a woman. But we do not like unwanted attention, and certainly not in the form of stalking. Steer clear of it if you want to get to know us. Bollywood, if Raanjhana was not enough to make you understand, then please get the message now.

Small town moolah, BUT… – We know you need to make money. So throw in all the gory action you want to. Cars bursting into flames, men punching each others’ guts out, we love those. Indeed, the impossible Rajnikanth stunts are fun to watch; a man twice stabbed in the gut and punched innumerable times, bare-fighting a muscular and unhurt villain is worth the whistles and hoots. But, if your hero needs a lollipop, please ask him to buy it at a store, not suck up to a lady (pun intended).

Illegally yours – Stalking, eve teasing, harassing in public are all criminal offenses. Since your target audience lies in small towns, and in an age group that is relatively immature, you are actually fostering crime by professing these acts as something as ordinary as going to the movies. Not to mention the creepily vulgar lyrics you are handing them as weapons with which they can attack their next prey.

The ironical kick-in-the-butt – We understand that you cannot give your leading lady a strong character; after all you are making a movie for the Indian masses (sarcastic raise of the brow). But, if she’s strong enough to kick butt of a few local goondas, why does she get all wimpy when she encounters the leering villain?

In a country like ours, movies have to be tailor-made for the masses. But the masses haven’t really changed that much since the time movies like ‘Sholay’ or the more brawny ‘Hum’ were made, have they? They did objectify women, but at least did not carry vulgarity to the extent of making one throw up by the end of the movie. No one expects every director to be a Hrishikesh Mukherjee, but how hard is it to get a Ramesh Sippy right? Gandi baat, bohot hi gandi gandi baat!