Equality in sport may not exist yet, but women breaking Olympic barriers is certainly inspiring for all women in sport! 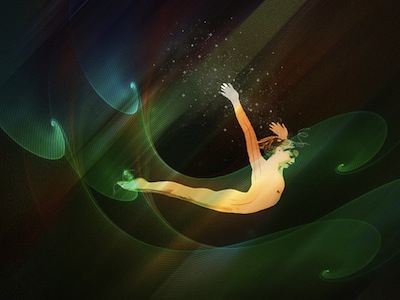 There was a time when it was believed that competition would make women less feminine. They may damage their reproductive organs or grow unfeminine muscles, the world said. And we still live in times where the length of a woman’s skirt clouds how well she plays a sport. However, this has never stopped women from breaking barriers in sports or any field for that matter. There was a time when Olympics were meant only for the ‘menfolk’. Women were not allowed to participate in the games.

Despite all this, there have been women throughout history who have constantly raised the bar for the world around them continuing to surprise us with their mind boggling achievements! The first woman to ever win an Olympics gold medal was Charlottee Cooper who won the singles title in tennis at the 1900 Paris games. And ever since then, there has been no going back with women constantly breaking barriers in the Olympics.

So, here are 6 barriers women have broken in the Olympics:

1. It was in 1928 that athletics and gymnastics for women were included in the Olympics. In 1976; Nadia Comaneci, a Romanian gymnast, was the first woman to score a perfect 10 in the Olympic gymnast competition.

3. It was a moment of elation for all Indians when Karnam Malleswari won her first Olympic medal for weightlifting becoming the first Indian woman to do so. But, it was only in the year 2000 that women were allowed to participate in weightlifting!

4. Looking back, those individual achievements of women definitely inspire the rest of the world. However, 2012 is a year that every women can definitely cheer for in terms of ‘Women in sports’. Women are definitely making a stride towards equality in the sports arena. Women’s boxing is all set to make its entrance at Olympics 2012, a step which will see 36 women boxers participate in this event!

5. Closer home, a woman from a small village in Harayana, Geeta Phagot would be participating in wrestling this year. She happens to be the first woman wrestler from India to qualify for this event.

6. Stereotypes about women apart, there seems to be a clear message that has been sent to the world. From grown up men who make sarcastic remarks about women playing sports to little boys who don’t want to play with their girlfriends, history has been made this time! For the first time in the Olympics there will be a female athlete from every competing country with Saudi Arabia and 2 other Islamic countries, Qatar and Brunei deciding to send women to the London 2012 games this year.

It is true that though so many woman have been continuously striving to chalk a path for the rest to follow, equality in sports is a dream that has not been achieved completely. However, this year when the world sits down to watch the Olympics there will at least be a ray of hope out there for other girls who want to walk or in this case run the same path. And that is enough for me to say that history has been made!