India’s weightlifting Olympian, Karnam Malleswari proved that if a woman desired, she could become physically as strong - or even stronger than men. 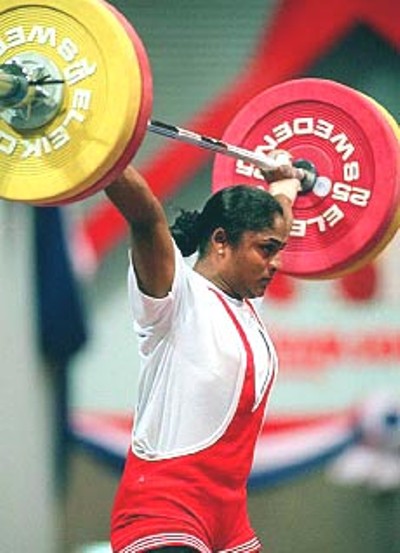 India’s weightlifting Olympian, Karnam Malleswari proved that if a woman desired, she could become physically as strong – or even stronger than men.

When Karnam Malleswari went on to win the bronze medal at the 2000 Sydney Olympics, she became the first woman to win an Olympic medal for India.

Malleswari remains a path-breaking sportsperson by breaking stereotypes about women in a sport which is often neglected in India apart from being considered as “masculine”. Her wish is to continue contributing by coaching and helping other young women take up weightlifting.

True to her name Karnam which in Sanskrit means Dignity, Pride and Fame, Malleswari won accolades for herself and for her country – making everyone proud of her achievements.

Malleswari has been bestowed with some of the highest honours in India. She was awarded the Rajiv Gandhi Khel Ratna Award as well as the Padma Shri in 1999 and the Arjuna Award in 1994.

– For not letting social conditioning prevent her from chasing her passion

– For being comfortable with her body and image and using them to her advantage, inspite of the hoopla surrounding size zero bodies

– For boldly speaking out about shortcomings in the players selection processes