Feminist poetry that inspires: From Indian mystics such as Mirabai and Lalla Arifa to contemporary poets like Kishwar Naheed and Meena Kandasamy

Feminism isn’t a new invention of our age. It is a huge, rooted stem with profusely branching shoots. The many shoots have senesced over time and sprouted again to change with the changing times. Though there are many definitions attached to this highly dynamic term, historian and activist Cheris Kramarae crisply nailed it like this: Feminism is the radical notion that women are human beings.

Women have been actively raising their concerns about oppression dating back to the 14th century in India. Intrepid women like the Sufi poetess Lalla Arifa and the famous Krishna devotee and poet Mirabai didn’t give a hoot to their daunting in-laws even then. They must have realized the power of poetry as an effective form of expression and a means to transcend oneself. Both these women overstepped the conventional norms and went on to become great mystics.

Down the line as English grew popular dissemination of information was possible globally. English poets and others who used this universal language as a medium had much impact on the feminist ideology. For instance I have myself been very moved by the verses of Adrienne Rich, the very inspirational Maya Angelou, the bold and straight forward Kishwar Naheed, post modernist Susan Howe and many more contemporaries.

Maya Angelou’s statement “How important it is for us to recognise and celebrate our heroes and she-roes!” stands as a testimony to her hard core feminist ideals. Her poem ‘Phenomenal Woman’ brims with vibrancy, confidence and sunshine. It has a beautiful lyrical quality and the stunning usage of action words easily infuses the spirit of womanhood to every reader. She says:

Men themselves have wondered
What they see in me.
They try so much
But they can’t touch
My inner mystery.
When I try to show them,
They say they still can’t see.
I say
It’s in the arch of my back,
The sun of my smile,
The ride of my breasts,
The grace of my style.
I’m a woman
Phenomenally.
Phenomenal woman,
That’s me.

Adrienne Rich has come to be the most popular and loved feminist poet of our time and her demise on March 27th, 2012 was a sad day for all her adorers. Her poem ‘Power’ tells her conviction about the fortitude of women. On one hand while the tale the poem tells is sublime, on the other Adrienne’s profound feminist credo oozes out for readers to partake. 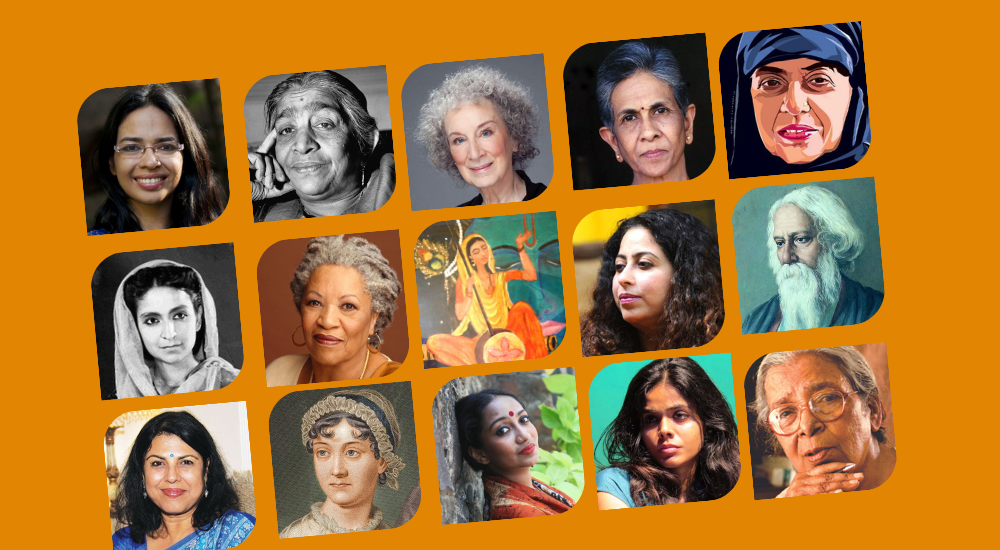 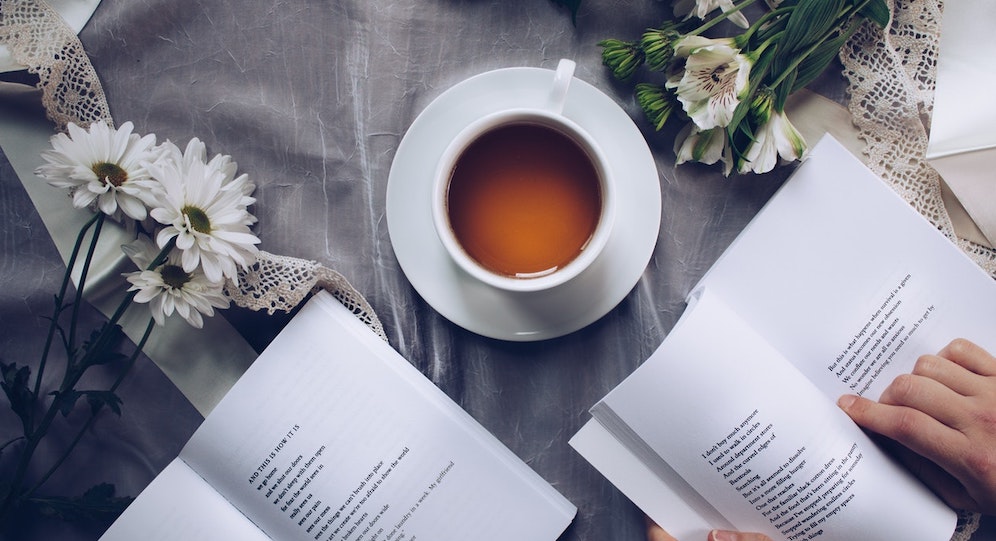 Today I was reading about Marie Curie:
she must have known she suffered from radiation sickness
her body bombarded for years by the element
she had purified
It seems she denied to the end
the source of the cataracts on her eyes
the cracked and suppurating skin of her finger-ends
till she could no longer hold a test tube or pencil

Another poem of hers, the very popular ‘Planetarium’ is full of energy, science, fun and most importantly “woman”.

‘I am not that woman’ by Kishwar Naheed, is a very brawny poem condemning the chauvinism she saw around her and the inappropriate representation of women in media. She powerfully claims her womanhood distinguishing herself from the chintzy women portrayed in posters and advertisements. The poem is an assertion of sorts where the poet lays her claim of not being the woman who sells shoes and. In the end she is confident that things are about to change and says:

I am the commodity you traded in,
My chastity, my motherhood, my loyalty.
Now it is time for me to flower free.
The woman on that poster, half-naked, selling socks and shoes-
No, no, I am not that woman!

Some other remarkable poems under the feminist arch include: ‘Spelling’ by Margaret Atwood which underlines the theme of women empowerment through the written word, The woman hanging from the thirteenth floor window written by Joy Harjo who is a poet and musician of acclaim. It is a gripping poem about a dejected woman who is at the end of it all and grapples with thoughts from the past about her life as a woman.

But in the Indian context the first contemporary poet whose words strike a deep chord in me is Meena Kandasamy’s. Her poems are hard-hitting and heartfelt as well. The poem Mascara for instance, is sure to keep you dazed for hours. There’s power, truth and feeling.

Poetry is vast and fulfilling. Fortunately we have had great words of wisdom embellish, popularise and impact the feeling of feminism. “At certain times, men regard poetry merely as a bright flame, but to women it was, and always will be, a warm fire” said Franz Grillparzer, the great Austrian drama writer. And I say let that warm fire burn and kindle the pot brewing with the yet silent voices of thousands of women subjugated to drudgery and injustice.

Pick of the week: July 15th

More accessible translations of women's writing in Indian languages help us understand the lives of women to whom we need to pass the mic instead of speaking over them.

More accessible translations of women’s writing in Indian languages help us understand the lives of women to whom we need to pass the mic instead of speaking over them.

There is a rich tradition of women’s writing in Indian languages other than English, which will be lost if we do not work in earnest to translate them. Doing so is essential to break the echo chamber of feminism that emerges from privileged spaces.

Why ‘women in translation’?

August is women in translation month, when we bring into the spotlight translations of women’s writing. Why is this significant?

The Kali Project was the brainchild of two women who aimed to give voices to the disparaged communities telling their stories in poetry & art!

The Kali Project was the brainchild of two women who aimed to give voices to the disparaged communities telling their stories in poetry and art!

Being a feminist is hard. You are at once labelled a misandrist. From ‘You want to prove that women are superior to men’ to ‘Does the modern Indian woman need feminism in 2020?’, there are plenty of labels, questions and even accusations.

As a woman, one is sure to feel burnt out, trying to find one’s way out of this imperceptible labyrinth. But what better explanation can there be for the need of a movement for gender equality in 2020 when a call for submission for an Indian Women’s Poetry Anthology draws in more than one thousand entries. Need we say more! These were poems on the theme of sexism, workplace harassment, reproductive right issues, prejudice against LGBTQ members, sexual assault, violence in marriage and forced marriage.