A collection of interesting stories about women this week. 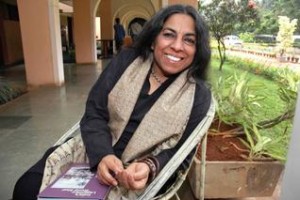 Bon appetit! For this week’s quota of the choicest articles, interviews and links is set on a platter for you!

Acclaimed Feminist and founder of Kali for Women, Urvashi Butalia’s interview at Granta explores in detail her views on feminism and shares some interesting information about the world of transsexuals.

Read the first part of the interview with gender activist Rita Banerji on misogyny in our society and making sensible decisions for a safe life for every Indian girl.

Whether you are an ardent listener of great speeches or just trying to learn the art of speaking these 23 famous speeches given by great women is sure to whet your interest.

Here’s a beautiful tale of not just cross continental love between two human beings but a story of an Australian girl’s discovery of whole new world- India.

Which is the most feminist country in the world? Iceland!

The Indian Homemaker is here with a thought-provoking compilation of gruesome stories of harassment of girls in recent times.

Women at work in India bring to mind the caricature of ants toiling their lives away after one glance through this report in the Harvard Business Review, which says that 87% percent of Indian women are stressed all the time. Reasons? Conventional family norms, inadequate infrastructure and much more.

“I think we’d all agree it would be better if we had the whole picture,” concludes reporter Megan Kamerick in her TED talk ‘Women should represent women in media’ . She opines that the “whole picture” can be constructed only if media coverage of critical women’s issues is handled exclusively by women.

Pick of the week: July 15th