Can encouraging girls to play sports give them some of the qualities needed to be successful and break the glass ceiling? 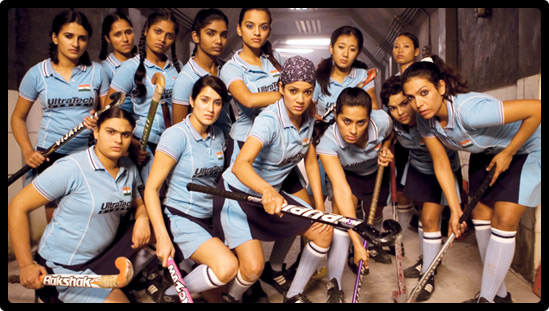 There have been so many studies on women in the corporate world and there are only so many more statistics on the pathetic numbers of women in top positions in the Corporate world. The reasons for the same are also not too complicated. Double burden at home and office, super guilt at not being the super mom, an image which has been wonderfully created, glass ceiling ( a much debated concept), lack of support systems at home and office etc etc.

A friend asked today morning, why there are no biggies which have been started by women, without the help of a “dad”? While I say this, I need to name the few women who made it as entrepreneurs – Kiran Mazumdar Shaw(Biocon), Anita Roddick (Body Shop), Oprah Winfrey(OWN), Mary Kay (Mary Kay Inc.) etc.

We’ve talked a lot about diversity at work, in the last decade. We have business schools churning out women graduates, but of course, for every women who gets placed in a good company, there is atleast one man in class who blames her selection on the diversity policy of the company.

At the other end, there are a number of social organisations also, which try to use entrepreneurship as a tool for economic empowerment. Soap making, crafts, candle making, retail etc and yet, I wonder, how many of them would survive without the help of the agency which helped them set it up.

The question that friend persisted with was, considering that so much has already been talked about, why are there no successful women entrepreneurs in any of the sunrise industries which have emerged in the last decade? This is not a story only in India but even abroad.

Consider the above factors keeping our mothers in mind,  with respect to their families. Our mothers are and were resourceful, had very futuristic visions for their family members and were quite often innovative at certain levels in getting work done. Taking it to the workplace should not be difficult.

So, where does the gap lie?

Generally, women are considered to have a challenge in two aspects – Informal networking and in high achievement orientation. When I say achievement orientation, what I mean is that, most women seem to be setting lesser ambitions for themselves. Winning was not a particularly important parameter in their professional agenda. I would love to hear your opinions on this statement as well. Is winning important to you, as a woman? Women, in an organisation are considered to be more concerned about the process of how things are done and that, it  be fair, inclusive etc rather than focus on the winning part.

But generally entrepreneurs are obsessive about success. Whats your take on this?

Informal networking is another important aspect of growth in an organisation and in entrepreneurship. One question is how women fare in this, and the other is, how does society view women who fare high in this skill. An article in a weekly magazine on the “sudden” rise of Sunanda Pushkar is a case in point. I am not attempting to answer this question now.

The article takes a look at the sport activities that men and women play when they are growing up. She says that boys play a lot  more team games while growing up.The author observes that girls abroad played more individual sports like tennis, swimming etc. In India too, there are not many sport activities that girls play, when they are teenagers. They tend to lean a lot towards cultural activities which also, are highly individual oriented.

As she states in the article, team games are the best form of training to develop certain skillsets which are absolutely necessary for what is normally called “success” in the business world – the urge to win and informal skills.

Winning and Losing are important and passionate aspects of the game. Boys grow up learning that. I don’t remember the last time I played a sport to win! It was always for fun and to unwind. I don’t even remember, when I played an outdoor sport last.

Another perception that is held in organsiations and society is that, women are bound by the rule book. The author says that when boys play sport, they are exposed to different types of dynamics which are not necessarily bound by formal authority. Getting the desired result could involve, coercing, having an understanding of the informal groupism, promise of favours, persuasion etc. The fact is, workplace is no different. So, have the men been trained for getting around in an organisation, right from the beginning?

An interesting point of view, I thought!

There can always be a question as to whether, women need to turn into men, for success. In fact, there are research papers which also points to that transformation in women, who seek to show “men like qualities”  to be successful. I am not sure of that model as well. The ideal situation would be, when feminine qualities (whoever shows them) can have a place at the table as well. But learning informal skills, or developing a pride in winning is not a bad idea either… so maybe we do need to send our girls to learn hockey!

Pic credit: A poster of the movie Chak De, used for representational purposes only