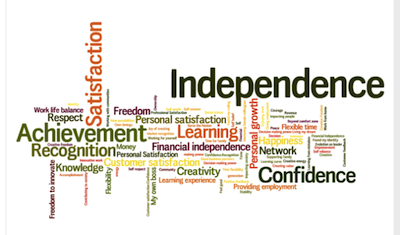 A Vision For Women Entrepreneurs

While women entrepreneurs are increasingly visible in India, following the Silicon Valley model of entrepreneurship may not work for all.

A lot of time and effort has been spent figuring out the cauldron of entrepreneurship and women. The stats are all too familiar. Less than 5 percent of capital goes to women led companies. One in 40 is the kind of ratio seen at industry forums and start-up events. There are very few scaled up, women owned businesses in the ‘hot sectors’ like mobile and internet.

Look around at the world of accelerators, incubators, angels, VCs – in India, outside India, barring less than a dozen, the landscape models the stereotype. A one size that does not fit all.

At the same time, we all know that more women are taking independent business calls, more and more are setting up and more and more want to scale up. SMBs and certain categories, like publishing, digital, food, education, social have more women owned businesses than ever before.

Some trends are distinctly global and some very Indian. But the overall fact remains that some pieces are missing in how the world of entrepreneurship and women aligns.

Here is a look at a few.

Perhaps because they are wired differently, men and women tend to use a different lexicon to denote their entrepreneurial roles. Think a woman invented the term Hackathon or heard one say that she is building a ‘Kick Ass’ product (though she might be)?

Talk to an average woman on the street and she will tell you she is ‘setting up a business’ or that she wants to ‘start something of her own’. Talk to a young man and he will tell you he is ‘doing a startup’.

Go further a step, he will also tell you that he plans to raise VC funds and build a technology business, whereas a woman may not use the same lexicon even if she is planning to do the same thing. You have a chance to hear the story elements of her venture first – inspiration, aspiration, perspiration. By which time, if the listener belongs to the boxed startup set, he/she has already made up his mind.

The reasons why women set up businesses also differ from why men set up.  Take over the world, world class product, segment leader, biggest player – the power play of success has gender roles. A majority of women out there are setting up because they have a solution to a problem or they want to find one, they are passionate about something, they have a skill or they are at a place, where an enterprise is a path to their dream.

That also sets the tone for how business and its growth is treated. Though all businesses will be measured on the same parameters of market success, what is internalised and highlighted by the entrepreneur is the DNA of the business.

What success looks like is also defined in variable terms and that is the unsaid truth for women entrepreneurs. One comes across really bright women entrepreneurs, who are not scaling their business beyond a point, because it upsets the cart. Other factors need to align – family roles, availability of a support system, personal health and more.

I met a lady recently, who owns one of the largest fine dining businesses in China and Hong Kong and has done exceptionally well. During my conversation with her, I asked her if she was planning to expand to India or Singapore. Her answer was a categorical no, because she has begun diverting her energy and time into setting up schools and reading programs for the under-served sections of the society and volunteering was high on her personal agenda.

The measure of success as propagated by the Silicon Valley,  male programmer in a hoodie stereotype is very different from what it may look like to many people, especially women.

I went to meet a big business guy/VC after a friend introduced us. We started talking about our respective businesses and during the course of the meeting, he stands up and asks me, “Why aren’t you pitching to me? Why didn’t you take out a deck and make a funding presentation?”

And here is what I thought. It is really hard for me to ask for money; that is not what I do and not without a context. That is part of my conditioning. If you grew up in middle class India in the 70s-80s – you were taught to live within your means (they call it bootstrapping now).

I actually said to myself, asking for money is harder than building the business and I won’t be surprised if there are many women who feel the same.

The existing entrepreneurial set ups are programmed to the VC templates: each business into 10x returns.

But there are many profitable businesses, which will provide good returns but never the windfall. Their capital needs are also different and so are their overall objectives. Bringing in different models of capital infusion with a focus on sustainable profit can change things around significantly.

I personally think start up eco-systems worldwide have failed to recognize and make way for differences and diversity. What is the joy in listening to the 100th pitch for another social network or a mobile app?

Every time I get an invite to a start up weekend that says, we are going to park ourself in the building for 48 or 72 hours, my first reaction is, don’t these people have someone back home waiting? Who is looking after things? A woman – a mom, a wife, a partner and that just explains how the eco-system stacks up.

The world of entrepreneurship need not be painted with the brush of sameness. The mistakes of corporate and industrial cultures need not be replicated here.

This is a chance to build from differences and grow from the point of divergence. Do you think it is helping anyone to have a pipeline of businesses which all look like each other?

The solution is in making way and occasionally changing the seats. Move over to the other side of the table to get a view. It might show you something you have never seen before.

Someone out there might have a solution to a pressing problem of the time. Let them in. Hear them out in whatever language they speak!

Image used from Women’s Web survey on women and entrepreneurship in India.

About the Author: Sairee Chahal is Co-Founder, Fleximoms. Fleximoms works towards creating, enhancing and co-creating workflex opportunities for women professionals. It also helps companies harness workflex as a value driver. Co-founder, SAITA Consulting Pvt. Ltd, a management consulting firm focused on SMBs, member of the CII Committee on MSMEs, a visiting faculty at IIFT, New Delhi and mother of a 4-year-old, Sairee is your regular Fleximom. Follow her on twitter @sairee .

Why Women Entrepreneurs Should Consider A ‘Medium’ Sized Business