Are urban Indian women not ambitious enough or does the system blunt their ambitions? Exploring women and ambition in India 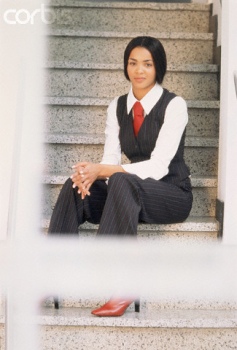 Are urban Indian women not ambitious enough or does the system blunt their ambitions? Why is women’s share of the pie so small?

Ever heard the story of the cats and the monkey? The monkey is distributing a roti to the cats but to make sure each piece is exactly the same size as the other piece, he takes a bite out of it each time, leaving no bread for the cats in the end.

For a second, assume that the bread is the piece of aspiration or ambition and the two cats represent dual (or sometimes multiple) roles for women and let us just say the monkey is Society. The net result is that there is nothing left on the plate.

Does that mean that the system has failed women? To some extent, yes! Because it has been designed originally by men for a simpler, similar kind of workforce (yes, mostly men with no other real choices).

What is Ambition in women?

Before I go any further, I want to state what is the implied meaning of ambition here – we are not restricting it to the corporate context. It implies anything that one may want to do or achieve, largely in the external context. So for a moment, let us keep aside spiritual, personal or ‘love of the heart’ ambition.

Karl Marx said that individuals make their own history under given and not chosen circumstances. In modern societies, men and women play roles as mirrored or fashioned for them. And it is also true that atleast affluent or middle-class urban women have more choices than men. For women, home has been a traditional priority.

In modern societies, men and women play roles as mirrored or fashioned for them….For women, home has been a traditional priority.

When I got a brief to write this piece, I went back to my team at Fleximoms to ask them – What does Ambition in women mean to them?

Now these are a group of women at various stages and ages, with very different personality types. One of the points that clearly emerged (reluctantly from some and openly from others) is that ambition is not a dominant emotion or virtue that comes across, as they talk to a cross section of women all over India. Not that women didn’t have goals or aspirations but that they were not as priority as they could be. Something else always took over. Many are not vocal about their own goals or desires.

Ambition is a minimized emotion; something that pops up when all tabs on the browser have made way. In some cases there is almost an apologetic appeal for having an ambition – a sign of approval is a must. Independent Ambition and Fierce Drive are not put up for display so easily.

Why women’s share of the pie is so small

One of the hazards of dual urban lives is that women who already have been conditioned to ‘make time’ for others, do not do that for themselves, implying a quiet burial of their real desires or wants. Not to forget that development of personal professional goals with a long term view of life is rare in women.

This does not mean that women are not doing things – building enterprises, writing books, learning skills, meeting personal goals, chasing the corporate ladder, creating IP, getting involved among others. Of course, they are, and in a growing way. But  that is little compared to the potential and the size of the pie of participants and size of the take away.

Leaner choices: World is my oyster might be true for the youth, but for women the choices are self-limiting. Ones that get implied and picked are smaller in range and size.

Lesser control: In decision making, in access to resources, in independence of decision making. Leave out the urban top one percent-ers – but for women in the rest of the country, this is a reality.

In simple terms, men and their relationship with work and life is ossified by money, power, status and backed by a single minded approach. For women, the multiplicity of roles is not addressed by financial institutions or workplaces.

The blunting of female ambition

I also want to briefly touch upon the blunting of female ambition – thanks to urban prosperity. The rising India story made sure there is a percentage of women for whom ‘the hunger is no more’.

It is true ambition when you have the burning desire as well as the wherewithal to chase it. Women are investing in making the decision but what they are failing to do is to invest in the capability. If you wanted to play Grand Slam tennis would you not invest in a world-class coach and a training plan? Similarly, if one wanted to build a world class manufacturing facility, would you not find the best people, raw materials, expertise, technology and the works? Beyond desire, it would need commitment, constant inputs for growth – from the individual and from the system.

It is true ambition when you have the burning desire as well as the wherewithal to chase it.

They say dreaming, like a muscle, requires a workout. In this case, it needs an institutional response to work-life choices made by women. Driving the change at home, bringing men into the work-life to do’s (as opposed to conversation), building institutions driven to accept heterogeneity (I am staying away from the popular term Diversity) and empowering the individual in making independent choices are all needed.

There is also something to be said about how we are defining success. Are we going to keep pushing the ‘male geek super rich’ as a measure of success or are we going to have role models whose choices reflect a balance with respect of social equations? Change in paradigm is a result of what we reward as a group – it trickles down to the individual.

Well, I hope that someone writing this piece 50 years from now has a different story to tell.