The League Of Extraordinary Conwomen

Men versus women: Are women more honest than men or do women cheat equally well? 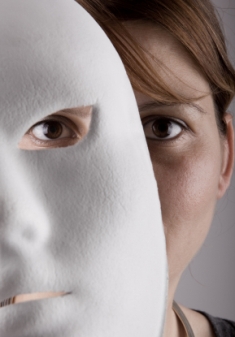 Men versus women: Are women more honest than men or do women cheat equally well?

2G scam, IPL scam, CWG scam, Adarsh housing scam and now the Citibank – Shiv Raj Puri scam; though corruption has always existed in India, lately we seem to be inundated by scams. While most of these involve men, where do women stand when it comes to white collar crimes?

My parents are both bankers (with the same bank at that!) and so I have grown up on a staple diet of sensational stories happening at their respective branch offices. Most of these would be about frauds or siphoning of funds (Yeah… what other sensational activity could you expect at a nationalized bank in India anyway?!). When the odd lady staffer got caught, invariably people would say, “In spite of being a woman, she has done this!”

It makes me wonder what exactly this implies; that (a) money is less attractive to women (I strongly disagree because I find money totally attractive!) or (b) women have fewer necessities or (c) women don’t have the guts or the intelligence to con people.

Well, it is time to wake up! According to the U.S based National White Collar Crime Center, “Women’s rising criminal activity is partly due to increased opportunity as well as pressure to meet job targets as they climb the corporate ladder. As more women get into these positions, they’re faced with the same ethical dilemmas that men have. They have a chance to defraud and some of them do.”

There have been several low profile crimes committed by women in India such as M Meera Shaki, who had cheated many people to the tune of several lakhs after offering them huge loans from projects in the U.S. On the international front, a few years back, the Delhi police arrested a gang spearheaded by an Indian origin woman based out of Bangkok for fraudulent credit card usage to the tune of Rs. 50 million!

Apparently, there seems to be a grouse that female criminals get off with easier sentences than their male counterparts, because when questioned, most state their reason behind stealing as the need to provide for their family. Not so in the case of Indian-American Sujata Sachdeva who was sentenced to 11 years in prison for fraud and embezzlement of around 34 million dollars from her company, Koss Corporation. Investigators found that she used the extra moolah to buy herself several designer label goods including fashion accessories – many of which she didn’t even use!

The lure of easy money turns some into quite creative cons. Take for instance the case of 27 year old Minati Khatua, who after only a few months of marriage, found out that she had in fact married a woman disguised as a man! Moving on to cyber and phishing crimes, there is a rash of complaints on tech forums about Indian ‘sounding’ ladies trying to make people believe over the telephone that their computers are infected with viruses and to part with their credit card details for fixing such non-existent viruses.

Arguably, women are more likely to be involved in non-violent crimes than their male counterparts. So, while you should beware of Bunty, God forbid that Babli crosses your path!

PS: This article isn’t intended to make you paranoid and suspicious of everyone around you, but just a light take on the serious issue of cons.