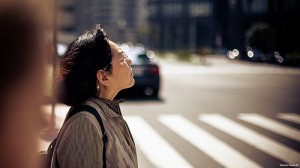 Returning To Work In India: My Experiences

Returning to work in India after a long stint abroad? What to expect: A primer for working women in India.

We returned to work in India after 10 years of living in Europe. On returning, a few days were spent savouring all the nostalgia for India. Soon, regular life started unfolding, bringing a lot of re-evaluation for me. Here I share some personal experiences on hunting for jobs and then working after returning to India.

Looking for jobs in India

This was the first time I was looking for a job in India. I realized that I needed to re-learn the process of job searching in India. After sending out numerous emails and waiting in vain for replies, I finally got an interview offer. Unfortunately the questions asked at the interview were not from my field or my area of interest. Later I found out that the entire interview was set up to upgrade some ad-hoc employees to permanent ones. After many more attempts, I attended an interview for the position of a scientific writer in a corporate firm; I went there with no expectations and faced the board boldly. I got the job!

Working in India: A learning process

The first few days at work: Initially I required help from the support staff (administration, IT, HR etc.) and other colleagues. Things were quite organized in my case, but a friend told me that he had to wait for a desktop and a work corner for almost a month! In my earlier job, I was used to experimenting in empty corners of chemical laboratories, whereas here I had to adjust to working with many people at a time. I have noticed that it takes time for the support people to understand the seriousness of your problem. Most of the time they are inadequately equipped with training, attitude or resources to look at the problems in an objective manner. In India, personal acquaintances can influence work relationships a lot. For a new employee, one query request can take a longer time to solve than for an older one.

Infrastructure at work: We need to improve a lot in terms of infrastructural development of offices in both corporate and government sectors. In the corporate world the cabin spaces provided for the employees are in most cases quite small. The computer facilities are not of the highest grade. Daycare preschools or centres in the work campus are still rare. Although canteens, pantry and coffee machines are taken care of in most places, cleanliness can be improved.

New work campuses like mine are often developed in the outskirts of a city and are connected with bad or under-construction roads. This makes daily commutes a big hassle.

New work campuses like mine are often developed in the outskirts of a city and are connected with bad or under-construction roads. This makes daily commutes a big hassle. Work from home is still in nascent stages. Sanitary facilities are especially a problem for working women since the toilets in many offices can be very dirty, fewer in number than required, and people don’t care to use them properly.

Work/ Management policies: I feel that in terms of personal, maternity, and sick leaves, Indian Government policies are good. But modern Indian organizations have let go of pension schemes, medical insurance is partial/optional in most places and so I had to reorient myself to these things. In Europe, the government takes health and retirement benefits very seriously.

In India, the management structure is hierarchical. Things seem to be changing fast for good, but again Indian culture has always believed in hierarchy and patriarchy and this is highly visible in the offices of India.

Returning to India: Beyond work

Colleagues: I found people here are more curious (Read, Expats In India: Challenges At Work) – sometimes to an extent of being interfering, which can be an extension of our cultural and social behaviour. The up side of this is that if you wish, colleagues can become good personal friends. I have found a good set of friends in office. Lunch hours are fun – sharing food and opinions. In Europe, I represented India. Here I became a representative of Europe to some or Bengal to others. People do define you according to your geographical connection everywhere. This is certainly a new learning for me.

It is sad that many people here don’t consider smiling if they don’t know each other personally. Also simple etiquette, like letting people out first from the elevator is not always followed. Training on office etiquette, cultural or gender diversity is rare or very general.

In Europe, I represented India. Here I became a representative of Europe to some or Bengal to others.

Work-life balance: Europe has a very strict sense of work-life balance. Reasons could be high costs of domestic help and non-existence of the joint family system. Further leisure/hobbies are given equal priority from childhood. In India, the line between work and life is blurred. Competition and feelings of insecurity are high. The hierarchical structure plays its role too. It is not always the work but the show about work that gets noticed and physical presence till 8 P.M in the office becomes mandatory. This attitude is present in Europe too, but so subtly that you can easily ignore it. Taking personal leave is not that easy in India for the same reasons.

Finding my way: I have always respected my work. I try to give my best in terms of sincerity and pro-activity. I expect a good return too. Being in a new field I find it useful to talk with people of different departments. Having lived in Europe for so long, I have learned to love my spare time too. As a working mother, work-life balance has become inherent in my routines. I try to plan my work and accordingly take pre-planned leave when the workload is less. In case of emergencies at home, I communicate my unavailability to the team. I don’t mind staying long hours at office on some days if necessary but also show my reservations at times. I am still trying to work around the hierarchical structure of management though!

Returning to work in India has taught me several new life skills in the same steep way as I learned upon leaving it previously.

About The Author: Dr.Chandrima Pal is a scientific researcher turned science writer with 'have to do something' bug inside her mind regarding women, children, environment, work ethics and popularising science in India. She is passionate about children's pedagogy, reads a lot, loves travelling and is always open to know about different cultures, languages and cuisines. Her personal blog is at blog-e-zine.

5 Things To Do After You Goof-Up An Interview

Expats In India: Challenges At Work