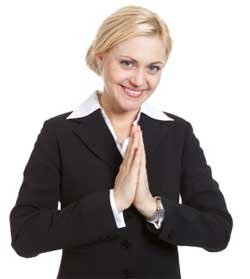 Expats In India: Challenges At Work

Are you a woman moving to India? Here’s what every expat woman should know about living and working in India.

In the 70s, it was a horde of hippies that came to India seeking spiritual salvation; now, India calls young people from around the world again – but for different reasons. The past decade has seen a marked shift in the profile of expats in India.

Today, expatriates moving to India are often in their 20s or early 30s, college educated, adventurous, driven and willing to take on new challenges and expat women form a good chunk. The reasons for the move maybe varied – some move out of a sense of adventure, others due to the stagnant job market in the West and still others due to their parent companies sending them over to fill specific skill gaps. Emerging economies offer a plethora of jobs for expats in India (and China) along with a unique work and cultural experience, which is a gold star for any resume.

For Warren Oliver*, 24, from Philadelphia, the reason was personal. He came to India as a college student and fell in love with its many charms. He vowed to move here and did just that two years ago when, after college, he took a job in Bangalore as a financial analyst. His stay here has been largely pleasant. Living in India is often full of hilarious albeit heart warming instances, that a lot of expats chronicle in their personal blogs.

Expats in India & The work environment

Expats in India can find it challenging, with workplaces having their own codes of behaviour that expats must adjust to. Warren has noticed one major difference in the work life in India vs. The US. “I find it amusing when people in direct competition act as though nothing is the matter; back home, people are more upfront about these things. They are more at ease with showing negative feelings and confrontation.”

Sanjeev Sukumar*, a 27, an American of Indian origin, (and another analyst) who moved to India six months ago, adds, “The office politics in India have a nuance of their own. The emphasis is on being polite and nice, well, at least to your face. I am used to speaking my mind and being clear about my views; it’s an American trait that we’re taught from a young age – speak your mind; here, I often find people hold it against you.”

Both men took time to get used to the Indian way of things in the workplace; the difference in accents and language were easier to get accustomed to than differences in work etiquette. One often noted difference is that many Indian employees have a hard time saying no to new work, even if they have no time for the new commitment while expats are assertive with unreasonable work commitments. The trouble is that their Indian manager may view this as unprofessional (or even lazy!)

One often noted difference is that many Indian employees have a hard time saying no to new work, even if they have no time for the new commitment while expats are assertive with unreasonable work commitments.

In the West, weekend time-off is jealously guarded, which when mentioned in an Indian workplace, is often met with frowns. Similarly, expats are sometimes perceived as being arrogant when they speak openly of their achievements, Indians on the other hand are taught from a young age to be modest and not come across as boasting, even at the cost of underplaying one’s achievements.

While every expat living in India needs time to adjust with the many challenges thrown their way, women have a decided disadvantage. For those of Caucasian origin, the ‘loose white woman’ stereotype is scarily prevalent. Jessica Harris*, 28, and a Skills Trainer from Michigan, says, “Movies and shows like Sex in the City are to blame for people’s perception! My colleagues were shocked to hear that I’ve been seeing the same guy since High School; they expect me to go out every Saturday night and hook up with a stranger. Surprisingly, it’s my women co-workers who are more curious about my sex life.”  (Well, perhaps the men are curious but just don’t ask!)

Megan Barry*, 34, from the UK who works for a large BPO as an Accent Trainer, has had to make several changes to her work wear in order to fit in. “I have given up on skirts completely, short or otherwise. Wearing a skirt would result in more-than-the-usual staring. I’ve also had to stop wearing red and bright pink lipsticks for the same reason and have switched to paler shades.”  She has also dealt with questions about her family life, particularly, inappropriate ones about when she is planning on starting a family. She finds the lines between professional and personal aspects constantly blurring in her workplace. “Someone once asked me how come my parents were still married! Not everyone in the West gets divorced.”

Clearly, when working with people from diverse cultures sensitivity is a must. Breaking pre-conceived notions about a culture and its people, drawn from inappropriate sources, is just the first step. While most expats in India undergo some culture sensitivity training before making the move, Indian workplaces are still more homogenous than those in the West, and few people have worked closely with those from other cultures. As India becomes an attractive destination for more and more non-Indians, no doubt, that is likely to change!

*Names have to been changed on request, to protect identities.

Henna For The Broken-Hearted

A Single Woman In A New City