Looking for a daycare preschool in your city? Sridevi Raghavan of Amelio Child Care narrates her journey. 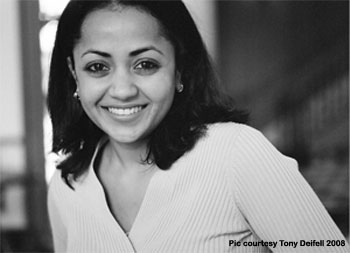 After working with Ogilvy & Mather, the well-known global advertising agency, Sridevi Raghavan did her MBA at Harvard Business School, which is where her dream of starting up a daycare centre evolved. Amelio is a daycare preschool chain based on an ‘on-site’ model, where an employer offers daycare space and facilities for employees’ children. Amelio has been co-founded by Sridevi with her husband, Raghavan Jawahar (in fact, they had previously given us some useful inputs on couples running a business together).

Aparna V. Singh (AVS): Tell us how you came up with the idea of starting an on-site daycare preschool business.

Sridevi Raghavan (SR): While I was working in the advertising industry, I used to see many of my senior colleagues struggling to manage their careers once they had their children; they would be begging the maid to stay late or trying to make other arrangements. I knew that under the strain, some would eventually decide to take a break while a few others would continue to suffer. It would have made their lives so much easier if they had a daycare at work or nearby.

Later, while doing my MBA at Harvard Business School, I participated in a business plan contest where I presented this concept. My husband was then shuttling between Hong-Kong and India on work, and we thought this could be a business we started at ‘some later stage’ when we returned to India.

As it happened, a couple of judges loved the idea and it ended up getting funded by a Boston-based private equity firm! We decide to launch much earlier than we had originally planned.

AVS: Excellent! How was the idea received when you came back to India post your MBA?

SR: We came back to Chennai in 2008, the ‘year of the big hit’. With the recession underway, companies were very cautious of taking any new steps in the Human Resources (HR) area, even though they really liked the concept.

Convincing employers was taking longer than we thought it would; so, in March 2009, we decided to open our first standalone daycare at Sholinganallur – to prove to employers that a high quality daycare is possible to implement and to develop their confidence in us.

AVS: Why are there so few quality daycare preschools in most Indian cities?

SR: It’s partly an economics issue. High quality daycares need a high ratio of teachers/care-givers to children. Real estate in most Indian cities is extremely expensive. You also need a certain number of square feet per child if you follow NAEYC standards, which means as you have more children, the cost actually goes up. (Note: The NAEYC is a highly respected US based non-profit organisation working for the well-being of young children). Ultimately, there is a ceiling on what parents can afford. So, most centres compromise on the quality or number of teaching staff.

On-site daycare as a concept aims to get around this restriction; since the space is provided by the employer, companies can subsidise the daycare to some extent, and this allows the centre to offer it to parents at more affordable rates. By just bringing daycare into the office space, companies are able to offer discounts on childcare upwards of 25% because of valuable real estate savings and other synergies. AVS: After that first centre, are companies more open now to onsite daycare?

SR: Companies are very aware of the issues faced by working women and the need to have some daycare arrangements. It tremendously increases the ability of the mother to get back to work post maternity leave, since she can still feed the baby. Daycare is also moving out of being a women-centric issue. We do see some men taking on additional responsibility though in small numbers.

Indian companies are still a little resistant to starting daycare on the premises. This is largely a liability issue, but it is also an opportunity for Amelio. We tell companies that you can pass on the liability to us, we will take care of everything! Our second and third early learning centres in Chennai are in partnership with Mahindra City (an office park) and Arun Estello (a residential complex).

AVS: What has been the response from working parents?

SR: Chennai, for us, has been a true test of the concept, because compared to cities like Gurgaon or Bangalore, it has a lower proportion of migrant parents. Despite the presence of grandparents at home, parents now feel the need for the child to spend some amount of time outside the home.

While grandparents love the role, the routine is very demanding on them. Besides, it also places a strain on the relationship between parents and grandparents. With maids, on the other hand, the early development stimuli that the child gets are inadequate. Because of all these, the views on childcare are now changing. At Amelio, we have a “World of Discovery” curriculum that has been designed by experts and with strong inputs from our advisory board.

AVS: What have been some of your challenges in implementation?

SR: The training given to teaching staff is critical. No matter what their qualifications are, we need to train them on our curriculum and to adopt our approach which is somewhat different from what exists culturally.

In India, we usually have a very ‘adult to child’ model and it is easier for the teacher to just tell the kids what to do. We prefer a more ‘peer to peer’ model which teachers have to be trained on as well. We stress ‘involvement’ rather than ‘instruction’, i.e. help children to start thinking and speaking up rather than telling them what to do.

SR: We’re definitely starting more centres in Chennai (our fourth one is already open at MEPZ, Tambaram) and we do plan to expand to other cities within the next 2-3 years.

Here’s wishing Amelio all the luck they need – working parents in India can definitely do with more options!