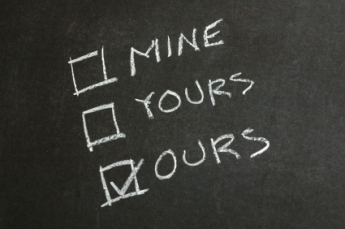 Entrepreneur Couples In India: What Makes Them Tick?

Can a husband and wife working together make for a good combination? We ask some entrepreneurs in India to share their stories.

It is hard enough with a husband and wife working together but at least you can make comfortable arrangements like opting for different divisions; what happens when a couple decides to run a business together?

Two factors are leading to more husband and wife teams of entrepreneurs in India. First, entrepreneurship as an option is becoming more acceptable than ever before, and at younger ages. Secondly, the rise in educated, working women in India means that more urban Indians are now marrying within a similar educational or professional background as opposed to marriages in earlier generations where women tended to be non-working or less qualified. Couples with shared interests are setting out boldly to make their ‘big idea’ work.

We got three husband and wife teams of entrepreneurs in India who’ve started up a business together to share with us their experience of and learning from being business partners.

Sridevi Raghavan, CEO, Amelio Childcare Pvt. Ltd., and her husband Raghavan Jawahar, who is Director at the same company, had already been married for 6 years when they decided to start a venture that would offer customized on-site daycare solutions for companies. Yet, says Sridevi, “It was almost like starting off a marriage  – like the first year of marriage!”

You may think that you know your partner well, but unless you have worked together before, you may find that his or her work style and approach to various business issues surprises you.

You may think that you know your partner well, but unless you have worked together before, you may find that his or her work style and approach to various business issues surprises you. Sridevi suggests that couples work around these differences by agreeing on common goals while using individual approaches to get there. In fact, she says, “Expect that work styles will be different. If they are too similiar, you are not learning anything.”

Ruchika Abbi, Founder, Youpid, a social media driven matrimonial site started up the business in early 2010 with her husband, Akash Saxena (although Akash currently works on Youpid in his personal time and is employed with another web-based firm). She says, “Our approach to tasks are different; however since we trust each other completely and want the same things for our business, taking decisions become much easier.”

Going back to being husband and wife at home

The husband-wife team of Rakesh and Helen Shukla started up TWB, a technical communication company offering outsourced solutions as well as training, in 2005. Having worked together closely for 5 years now, Rakesh Shukla, Founder & CEO, TWB, believes that not carrying work home was the single biggest challenge they faced. Over time, they have consciously tried to avoid it. Rakesh says, “It’s not that work never gets discussed, but we try to minimize it. You don’t want to spoil your marriage and your relationship at home.”

Raghavan Jawahar feels that continually bringing home can ultimately be draining. He says, “For quite some time, work was so much a part of what we were doing that we got no personal time; it was initially exciting, but over time, we realised that we had to keep it separate.”

As the company grows, it can be uncomfortable for other employees if the spouses treat each other too informally.

On the other hand, such couples have to ensure that they keep the work atmosphere professional. As the company grows, it can be uncomfortable for other employees if the husband and wife working together treat each other too informally. Akash Saxena says, “Due to the obvious dynamics involved, there is a constant challenge to ensure that when you’re working, you’re professional, like with any other colleague. I have to make a conscious effort to be professional versus being casual in our work conversations.”

In order to achieve their goals efficiently and to minimize conflict, it is also important for couples to recognize who is better at some areas and assign responsibility accordingly. For Rakesh and Helen Shukla, this came about quite naturally. Rakesh came from a business management background at a telecommunication software company, while Helen was Head of Knowledge Management and handled writers’ teams at a large technology firm. The different skills they brought to the new company were evident and resulted, over time, in Rakesh taking responsibility for the business management and growth, while Helen took charge of technical deliveries.

With Sridevi and Raghavan, there was more overlap of skills, but they too have evolved some boundaries. The idea of a business offering customized daycare solutions came up while Sridevi was studying at Harvard Business School in 2008 and entered a business plan contest. Having been closely involved with the idea from the beginning and more invested in the education space, Sridevi handles all curriculum aspects for Amelio. Raghavan who has a media marketing background is a natural fit for the sales and marketing roles. Of course, there are areas that they handle jointly.

The biggest positive for all the entrepreneurs in India we spoke to for this story was in the joy of building something that they believed in, with a person they could trust absolutely. Since there is absolutely no doubt about the other partner’s commitment, it also makes handling disagreements easier. Rakesh says, “When it comes to calls she needs to take on things I would otherwise disagree, I am able to suspend my judgement – not because she is my wife, but because I know her commitment to the company is equal to mine.”

Akash Saxena and Ruchika Abbi have been running Youpid together for less than a year, but they cherish the experience. Akash sums it up when he says, “Running a company and experiencing the ‘war-stories’ with your spouse is very satisfying! At the end of the day, we both feed off each other’s strengths and together make something that we’re both proud of. Let’s just say that the whole is better than the sum of the parts!”