Hitting Your Child: Ever A Good Idea?

While a spank might have worked for many of us,it raises eyebrows today. Is hitting your child ever a good idea? 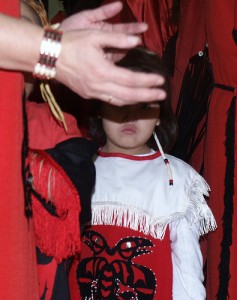 While a spank might have worked for many of us, it raises eyebrows today. Is hitting your child ever a good idea?

Parents today often wonder if hitting their children is correct. Earlier, it was considered harmless to give your child a whack now and then in the attempt to discipline him or her. However, now there is a new school of thought and many counsellors and child psychologists speak out against this form of disciplining. Let’s take a look at the reasons behind this.

“There can be no justification in hitting your child, none whatsoever,” Dr. Booshan Shukla, a renowned child and family psychiatrist says. Dr. Shukla feels that as with everything else, the guidelines of parenting keeps changing as well. He adds, “We now live in a day and age where violence in any form is not acceptable and is illegal. Further, hitting a child undermines his/her self-confidence and leads to serious problems later on in the child’s life.” He opines that parents need to retrain themselves. He found that some parents make hitting a default way of disciplining children.

Constantly hitting out at a child as a way of reprimanding him or her gives the child low self esteem and very often, the child grows up with no self worth at all. Such children get exploited by the world and have no mechanism to stand up for their own rights. These children could get abused in their personal relationships, with their friends and even in their jobs. They grow into individuals who cannot speak for themselves.

Dr. Shukla feels that the aim of parenting is to motivate your child to do the right thing. The child’s ability to discern right from wrong will only develop as the child grows older. He says it is unfair of parents to expect perfection and obedience from children right from the start. A parent should think from the child’s perspective and then correct the child. He says that many parents are not disciplined adults and therefore should realize how difficult it is to change oneself. In his view, “Parents need to lead from the front. Your children learn from you. Teach them by being a good example yourself.”

…hitting a child undermines his/her self-confidence and leads to serious problems later on in the child’s life.

Aggressive disciplining is a strict no-no

“Try and get to the root of the problem. Spanking is just administration of punishment, it does not actually find out why the problem occurred in the first place,” is how Madhura Marathe, the school counsellor at Sanjeewan Vidyala, Pune sums it up. Using violence as a form of discipline actually ends up making the kids more aggressive and violent. They begin to feel that violence is a way of getting things done. Hitting a child can leave a long lasting effect on a child’s personality.

Like Dr. Shukla, she also says that in extreme cases it can lead to image issues, self confidence issues and she adds suicidal thoughts. She says that there needs to be discipline at home but you can “punish your child without being violent.” She admits that this new way of thinking can be frustrating for parents who are unable to discipline their children with other methods and thus resort to hitting or beating the child. However, she advises parents to look for the real reason for the child’s behaviour and to find out the other factors that are affecting the child’s behaviour. A sudden change in behaviour could be the result of the company the child is keeping or any stresses and pressures.

Hitting a child does not always result in compliance. Further, the child may start bottling up feelings of anger, resentment and even hatred. These feelings will emerge once the child hits puberty. A child should feel secure at home. He or she should be allowed to make mistakes. Instead of aggressive disciplining, use positive reinforcement and encourage positive behaviour when you find negative behaviour.

Romita Suresh Vishwanatha, counsellor and psychologist has a slightly different take on this matter. She says, “Too much sweetness is not good, there has to be a balance. There is a yin and a yang, a negative and a positive. Similarly children also need a balance and a small whack on the bottom once in a while will not really harm the child.” Children do not remember the small beatings. However, repeatedly hitting the child or slapping them on their faces is not acceptable. It damages the child’s ego.

There is a yin and a yang, a negative and a positive. Similarly children also need a balance…

Very often, the child feels that the adult has power over him and is therefore doing this. When the same child grows up and feels powerful, he will repeat the same cycle. The victim child grows up to be a persecutor. However, she cautions, each child looks at the beating in a different way, and hence it is best to not make it a habit.

In her experience, children who have not been disciplined at all by their parents are children who find it difficult to adjust and take correction when they grow up. These children cannot accept being reprimanded by others and even have problems adjusting with their friends. But she also cautions that parents who repeatedly beat a child severely need help and the child needs to be rescued.

There is a fine line on whether you should hit your child or not. The choice, as always is in the parent’s hands. Perhaps the lesson is not to be too harsh on our children and to learn where to draw the line.

What about you? Would you go the old-fashioned way or is hitting your child banned in your home? Let us know!