Bullying at school or neighbourhood playgrounds is quite common. Hence teaching kids how to handle bullies is important for their own safety. 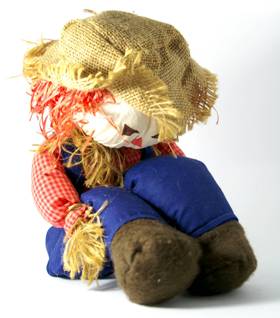 Bullying at school or neighbourhood playgrounds is quite common. Hence teaching kids how to handle bullies is important for their own safety.

Seema Mehra’s* 12 year old daughter Aditi has always been a petite child. She says, “It has never bothered her, but during fifth grade, she became progressively terrified of school. We coaxed her to go anyway, but then she began throwing up and running out of the class, weeping.” Aditi, a victim of bullying, was sliding into depression.

Few things can make Indian moms feel more helpless than seeing one’s child scared of a bully in school. The instinctive, but ineffective, response would be to tell the child to ‘fight right back’ or ignore it. Boys, especially, are often expected to ‘toughen up’ and deal with it. However, bullying can at times be so severe that the child cannot handle it himself or herself.

What exactly is Bullying?

Is your child just having a fight with his classmates, or is it a true case of bullying? “An act where the bully pushes the bullied to act or think against his own will or choice and leaves the bullied feeling powerless and shameful ,would qualify as bullying,” says Shabnam K Kumar, a Counselor with a school and a hospital in Bangalore.

“Bullying can be verbal, emotional or physical,” explains Rutuja Prasad*, a teacher in a Bangalore school. “It can take the form of excessive teasing, ragging, physically shoving or punching.”

Rutuja has observed bullying happening across primary, middle and high school. “Bullying can happen between children from different and same age groups,” says Shabnam. According to her, both the bully and the bullied suffer from low self-esteem.

Seema agrees. “Aditi was going through a rough phase just before she got affected by the bullying, with one best friend leaving school, a long illness, a critical teacher and mixed-up morality, shame and guilt issues.” With the help of a counselor and much parental reassurance, Aditi’s self-confidence was slowly built back up.

Children often do not complain

While counseling children, Shabnam comes across many cases of bullying. She says that bullying is often unnoticed or dismissed as a part of student life by adults, who lack the knowledge or sensitivity to deal with it. People are also unaware of how it can deeply ruin both individuals’ self esteem and also impact other children who silently witness the bullying.

“Often, we are approached after the situation has been going on for a long while and has resulted in severe problems for the victim,” says Rutuja, who feels that early intervention in bullying is important. Rutuja agrees that bullying can definitely go too far. “Some kids can take extreme steps, like hurting themselves, when they feel insulted or insecure.” Retaliation by the victim is also common and has resulted in the US in school shootings.

To some extent, Shabnam feels that bullying enables a child to learn new skills to cope with different kinds of children. “Still, when boundaries are definitely being violated, or the victim is being hurt in any way, intervention by adults is a must.”

How schools and counselors help the child

Through one-on-one exploration, Shabnam helps the child erase some myths around bullying and empowers the child to deal with the situation in a healthy way.

At the school Rutuja teaches in, counseling is done for the aggressor, the bullied child and parents. “Sometimes, the solution is as simple as separation; just changing the children’s seats or section is enough to stop some milder cases of bullying.” She observes that many parents tend to put the full onus on the school, whereas it would be better to partner with the school. “Very few parents will accept being told their child is at fault.”

Empowering your child: Explain how to handle bullies

Shabnam suggests that parent-child communication be kept open in order to pick up on any signs of bullying. She says, “If parents observe any unexplained change in their child’s behavior, such as aggressiveness, timidity, depression, aloofness, oversensitivity or anger, it can suggest something amiss. Exploring with the child about time spent in the school bus, playground, canteen, etc, where adult supervision is often absent, can provide some insight.”

In Aditi’s case, Seema felt that approaching the Headmistress definitely helped, since she spoke with the teacher, who had been rather unapproachable and disbelieving.

The best ways to help your child are:

Seema feels that Aditi’s newfound confidence now comes from within. “She’s not intimidated by bullies anywhere now, and confidently handles peer issues. She has even made several close friends, many of whom have helped her feel good about herself.”

Parents need to decide their own balance between building in resilience and knowing when to step in to intervene for the child. Parents of the bullying child also need to make effective changes in their parenting and disciplining to deal with this unpleasant and possibly dangerous aspect of their child’s behaviour.