The market is flooded with skin whitening products, fuelling our obsession with fair skin. But are these products safe for women’s health? 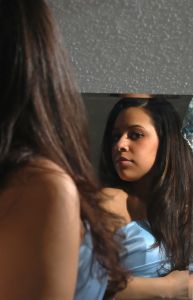 The market is flooded with skin whitening products, fuelling our obsession with fair skin. But are these products safe for women’s health?

While one is spoilt for choice when it comes to skin whitening products, it turns out that fairness creams are not so fair after all. Recently, the World Health Organization (WHO) issued a warning that mercury, which is commonly used in skin lightening products, has the potential to cause serious damage to health.

The WHO report: What is in your skin cream?

The recent WHO ‘Preventing Disease Through Healthy Environments’[PDF] report, which talks about the presence of mercury in skin lightening products and its negative health impact, has created considerable flutter among consumers.

According to the report,  mercury is a common ingredient not just in creams but also in skin lightening soaps and other cosmetics, such as eye makeup and cleansing products.

Why is mercury such a popular ingredient? Because as the report states, mercury salts inhibit the formation of melanin, resulting in a lighter skin tone.

…mercury salts inhibit the formation of melanin, resulting in a lighter skin tone.

The rampant use of mercury is certainly not welcome news, since, as per the report, long-term health repercussions include kidney damage and even skin scarring. This report has special significance not just for Indian women, who are obsessed with lighter skin, but also men, who now have a host of skin lightening creams available for them in the market.

When asked about her reactions to the report, Moumita Mitra, a working professional and mother of a young girl says, “I have always been sceptical of their claims and now, I will make sure that I read all the ingredients mentioned in the packaging before I pick up a product”. (None of the women I spoke to for this article admitted to using a fairness cream, although most did use creams of some sort).

The ‘great Indian fairness obsession’ can be gauged from the fact that, out of the total dermatology product segment, a staggering 61 percent market share, amounting to roughly INR 2000 crore belongs to fairness creams. As if skin lightening creams and soaps were not enough to cause damage to women’s health, an intimate cleansing product for women with a fairness claim has also been recently launched in India!

How does mercury affect women’s health?

Dr. Mukta Sachdev, Professor and Head of the Department of Dermatology at Manipal Hospital, Bangalore, agrees that there is a definite obsession with fairness all over South East Asia including India and thus fairness creams are rampant in the market. She states, “I would definitely advise women to be cautious with these lightening creams as they can have several side effects with prolonged and continued usage”.

Dr. Sachdev adds that it is important for women to remember that it is not possible to change one’s skin colour. Continuing further she says, “It is possible, however, to enhance one’s colour and even out your complexion and give your skin the glow and beauty of your normal skin tone. So do consult your dermatologist on these factors, but remember it is important to accept ones genetic disposition and the colour you are born with”.

According to Dr. Sachdev some of the adverse effects of mercury toxicity are:

– Changes in vision or hearing

– Irritability, or numbness, and tingling in the extremities, or around the mouth

Regarding how mercury is absorbed through topical application, Dr. Sachdev says, “There is a certain amount of absorption through the skin albeit limited and prolonged exposure may cause toxicity both topically and systemically”.

Non-users of fairness products also need to be alert, since the mercury present in the cosmetic products is ultimately discharged into wastewater.

Non-users of fairness products also need to be alert, since the mercury present in the cosmetic products is ultimately discharged into wastewater. This mercury becomes methylated on entering the environment and finally enters the food chain. The presence of toxic methylmercury in fish is one of the common fallouts. If a pregnant woman consumes fish containing methylmercury, she then transfers the mercury to the growing foetus, which can result in neuro-developmental deficits in the child.

How can you find out if your face cream has harmful chemicals?

Dr. Sachdev says that it may not be simple to identify the presence of mercury. She says, “Many products may not directly mention mercury as an ingredient. Some products manufactured in countries with no strict regulation might not mention anything at all”.

Dr. Sachdev asks one to look out for the following ingredients in the packaging:

Other  clues according to the WHO report include:

– Even directions to avoid contact with silver, gold, rubber, aluminium and jewellery may also indicate the presence of mercury.

Dr. Sachdev cautions, “To protect oneself from dangerous products, it is advisable not to use any unlabeled skin care products, and to stop using any products that mention any of the previously stated ingredients. If you suspect you are using a dangerous product, show it to your doctor and they can help”.

The health risk of mercury cannot be undervalued, as the WHO report talks about a 34-year-old Chinese woman who developed nephrotic syndrome, wherein high levels of protein were found in her urine on account of using a skin-lightening product.

Even though mercury-containing skin lightening products have been banned in many countries due to their hazardous nature, many such products are unfortunately readily available online to shoppers.

As we can see, whether or not one is a fairness cream user, the practice of using mercury in cosmetic products has the potential to cause widespread damage.
It is imperative to raise public awareness regarding the presence of mercury in specific products and the risks associated with mercury exposure.