An interview with Aarti Mohan, Founder of The Alternative, a website focusing on social change in India 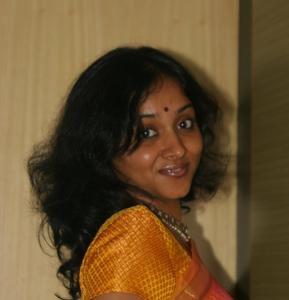 An interview with Aarti Mohan, Chief Editor of The Alternative, an online platform that seeks to chronicle and support social development in India.

Aarti Mohan had a flourishing career in Engineering before she switched lanes to follow her twin passions of community development and writing. Thus was born The Alternative, an independent and progressive space for information, dialogue and social action focusing on the evolving changes and challenges of social development in India.

Anne John: What was the inspiration behind an initiative such as The Alternative?

Aarti Mohan: The Alternative emerged initially out of a need to communicate stories about interesting yet lesser known organisations, people and initiatives that are making a bigger difference to society. As volunteers with various non-profits in Bangalore, we experienced first-hand the passion, hard work and commitment that drove social organisations to bring about real change, an impact we felt needed to be talked about much more widely.

There are other websites that also cover the social developmental sector in India; where does The Alternative fit in? 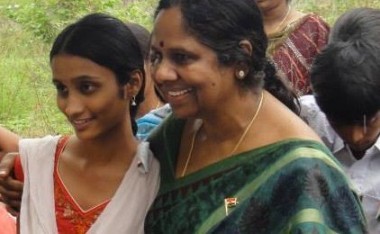 Aarti Mohan: All of us like to do good and in our own different ways. Sometimes, we just need to understand the whys and hows. While there are many high quality publications that chronicle challenges and solutions and are relevant to those who work within the sector, but there aren’t any that reach out to ‘people out there’, to try and make them get involved. This is the gap we are trying to address – talk to the regular guy – inform, inspire and engage him/her in the social change process.

The Alternative takes ALL the everyday stuff– from food and travel to education and health, and takes a keen look at them through a social impact lens. Development then becomes a drawing room conversation If we explore and share how something as exciting as responsible travel can change lives, isn’t that something you, as a traveller, would relate to and would want to take part in?

Our effort is in two directions today; making development relevant to everybody’s life, and speaking it in a contemporary ‘language.’

You are also the Co-Founder & Director – Media in Sattva. What is the connection between The Alternative and Sattva?

Aarti Mohan: The Alternative has its roots in Sattva, a voluntarily run eZine that a bunch of us started in 2007. In 2009, we realised that the sector was growing, as were the challenges. We felt the need for a dedicated, independent and progressive space that talked about social change. Today Sattva is an enterprise that supports social development by working with various stakeholders – from the Government to social organisations, businesses and civil society. We do this through media, research and consulting efforts.

The Alternative fills quite a niche space. How well has it been received and recognized so far?

Aarti Mohan: It has been going good so far. Hits on our website are steadily increasing. More people are engaging with us through social media and offline, reaching out to us for a whole bunch of things related to social change.

We won 2 Laadli media awards in Dec 2010 from the United Nations Population Fund (UNFPA) and Population First for “Gender Sensitivity In Media Reporting On The Web”. The Alternative as an idea came runners up for “Best Plan And Presentation” at the IIM-B Women Entrepreneurship program in 2010.

AJ: If you would pick out a single instance where The Alternative had a profound impact on any area of social developmentwhat would it be?

Aarti Mohan: Rather than one big thing, it is a number of small things that we hear about everyday from people, that makes it completely worth the effort. There are people who’ve gone on to join NGOs fulltime after hearing about the good work from us. One even became the country director of one such effort!

An article about abuse in industrial poultry farming practices had an outpouring of responses. Mmany switched over to cage free eggs, some stopped altogether and some even started free- range farming practices and keep in touch with us on their progress! These kinds of small steps that we can take in our everyday lives lead upto a pretty big whole, and that’s the hope.

Our biggest moment to date has been the Government signing on to a reasonably large sized literacy project after taking a look at a rather critical piece we had written on its grand project’s efficacy being limited by literacy.

Aarti Mohan: Yes, there are a million NGOs too many! I wouldn’t say progress is limited; there are many challenges to work away at, and it takes a long time to fix multiple things. Talking about Govt. programmes, effective execution on the ground, I believe,  is one of the biggest challenges – getting a historically bulky administrative system to respond to feedback and adjust processes in a time-bound manner is a huge effort. Political will could be development’s greatest friend, and apathy, an entirely unwanted enemy – I believe there are successes today on both counts.

The amount of grassroots innovation (be it by the govt., social organisations or simply an empowered community) that is currently happening across our country is staggering; we in the cities need to just hear more about it and see how we could help.

Chief Editor, Co-Founder, Director, Classical Dancer, Blogger not to mention the young mother of a toddler! Whew! How do you manage to juggle all your different hats?

Aarti Mohan: I get a lot of help! And a bit of everyday mayhem is something all of us in the family have gotten used to. We will miss it if it weren’t around, so it all works out in the end!

AJ: What do you have in store for The Alternative in the near future?

Aarti Mohan: Our vision has always been to grow the community of do-gooders online as well as offline. A few offline campaigns we have been working on are taking shape, and we are excited to take them forward, like our recent campaign on responsible travel Untravel.

We are also running a pilot effort on building a ‘community of practice’ around social protection issues in India. It is called Prayas, and the idea is to help improve delivery of the various development programmes that are designed for the poor, through information and engagement with the community that is working on the ground.

The Alternative is constantly on the lookout for new ways and means to be relevant to our community of ‘people who care.’ If you have any suggestions, ideas or leads for them, please leave a comment here, or connect with them through Facebook, Twitter or reach them at [email protected].

NGOs in India are doing valuable work in the field, but need the right support to become strong and sustainable. Atma aims to provide this support. 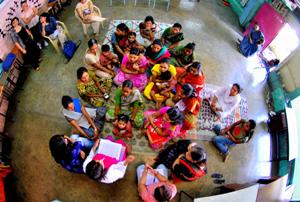 NGOs in India are doing valuable work in the field, but need the right support to become strong and sustainable.

As of 2008, there were over 66,000 registered NGOs in Mumbai. In India, the ratio of NGOS to people is 1 for every 400. However, social issues abound across the country. Can you imagine what India would look like if each of those NGOs was strong and sustainable, and effectively attaining their vision and mission? 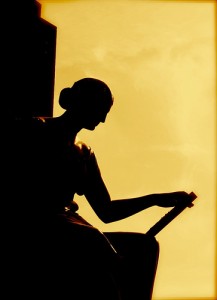 The Field Notes section on Women’s Web stands as a tribute to all the inspiring organizations that are working towards social progress in India. As more and more new readers join us every day, we felt that it made sense to highlight some amazing people and organizations that play a vital role in women’s empowerment in India. And for those of you who’ve been with us from the beginning, consider this a refresher! END_OF_DOCUMENT_TOKEN_TO_BE_REPLACED