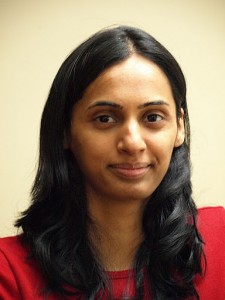 Anne John (AJ): You’ve talked about your growing up with music and starting Indianuance previously. Could you tell our readers briefly about what  Indianuance does and where it fits in the music world?

Aishwarya Natarajan (AN): Ours is an idea born out of the desperate need for professional management among Indian classical musicians, much like it exists in the Western world where managers are  respected for taking an artist’s career to new heights; and the need to see Indian music find a more ready audience amongst the young – to see them enjoy classical music as much as they would a rock music gig.

We work closely with artists to bridge the gap between them and the audience. With a strong focus on live concerts a lot of our work is centred around programming our artists at festivals in India, abroad and conducting national and international tours. Our aim is to  help this music reach diverse people  and we design some concerts or workshops to achieve this end. Our efforts also include engaging artists in collaborative projects. In addition to this, for the artists we manage, we do a 360-degree effort  spanning digital presence, social media presence, record label contracts etc.

The result  is that, with time, Indian classical musicians will  have global visibility and be able to showcase themselves better.

AJ: Tell us a  little about your clients. What kind of artistes does Indianuance represent?

AN : While our focus is strictly classical and folk, we are happy and open to work in the larger scheme of collaborations and new age music that uses classical music as its base. Our artists include flute wizard Shashank, sitar maestro Shujaat Khan, semi classical vocal maestro Ajay Pohankar, the dhrupad exponents Gundecha Brothers, folk musicians Manganiyars and artists on special projects such as the prolific violin duo Ganesh Kumaresh and a host of young and upcoming talent.

AJ: How well has Indianuance been received by Indian musicians?

AN: Well, we were able to get off the ground with the support of our artists, but it hasn’t been easy at all. There is a huge cultural shift involved, not only for the musicians but also for organisers and third party associates to whom the concept is somewhat alien.

AJ: How has winning the British Council Young Music Entrepreneur Award changed things for you and for Indianuance?

AN: It has reinstated the faith we had in this idea and also  established credibility in the outside world. We have had a lot of artists and well-wishers write to us, wanting to associate one way or the other. The UK visit, which was part of the award, has been tremendously useful and opened up a lot of opportunities and contacts that we hope will bring new projects in this space as an India-UK tie-up.

AJ: Although it  definitely shows remarkable potential, Indinuance is still a fledgling company. As an entrepreneur, what are some of the challenges that you face?

AN: Convincing artists of the need for such a system and for them to put their faith in us was a huge challenge. We have had a lot of difficulty dealing with organisers and partners in India, but again, because this concept is alien to them and I suppose people are just used to ‘name dropping’ and the usual ‘you scratch my back, I scratch yours’ attitude, as opposed to analysing things on merit.

But while there is an undercurrent of scepticism, there is also the positivity of bringing about change and when it is something that benefits everyone, there is no reason for anyone to shy away from it. I keep saying it’s harder for us because we are the first, so we learn as we go by and we are setting the standards for such a business. We have already noticed the change – we have more and more artists backing us –that’s the only way to fight a system you want to bring about change in.

AJ: You have stated that Indianuance would be focusing on showcasing Indian classical music to an international audience. How has the response been so far in that aspect?

AN: The response has been great. We have had a very successful tour this spring and we are already slated for 4 international tours next season. It hasn’t been that hard selling Indian classical music to the International audience, it’s more about educating them  on them how adaptable a form of music this is. We are also looking at programming some of our artists under distinct productions at some leading International festivals.  We are working with a few universities abroad to bring Indian classical music to a student audience there and tie it in with a social cause.

AJ: You have also mentioned that most Indian youngsters do not seem to be interested in Indian classical music and that you would like to change that. How do you propose to go about this?

AN: We do our little bit by programming our artists at unconventional venues, opening them out to collaborations, make them more PR  and social media friendly, so youngsters know that these musicians are just as cued as they are into current trends! We also started something called the Bombay Baithak – an initiative targeted solely at youngsters by engaging them with the artist in intimate settings, to allow for dialogue, learning and appreciating classical music.

AJ: Apart from music, what are your other interests?

AN: Most of my interests stem from music. I am a singer myself, although work leaves me little time for that. I love theatre, watching movies and would love to read more than I get to nowadays. My latest stress buster is cooking!

AJ: What plans do you envision for Indianuance in the near future?

AN: We would like a better presence in International festivals and over the years build a more solid digital arm that will help promote our artists’ music.