Indian Women In Advertising: A Look At 2012

With 2012 ending, we take stock of Indian women in advertising, and especially, ads that showed working women in India. 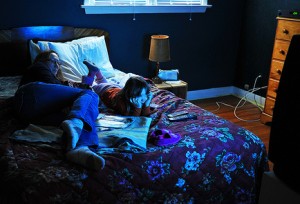 With 2012 ending, we take stock of Indian women in advertising, and especially, ads that showed working women in India.

It’s been a long time now since media watchers have decried the sameness with which Indian women are portrayed in advertising. While advertising is not unbridled creativity, but bound by the need to sell, the sameness of characters and plots doesn’t do much to differentiate brands either.

With women in advertising, stock characters like the mother building her self-esteem by making sure everyone’s tightey-whiteys stay white are so common that we hardly notice them anymore.

In this article, I specifically look at working women in India and their place in advertising. Did advertisers recognize the growing importance of Indian women at work?

Here I look at some noteworthy ads that came on air in 2012, and what they say about working women in India.

I did some crowd sourcing for this article and asked around among friends (including those in the ad industry) and also on our Women’s Web Facebook page. The first ad many could think of was the recent HDFC Women’s Plan ad that shows a young woman sending her parents on a holiday to Europe.

Clearly, the ad is an acknowledgement of the growing purchasing power of working women in India. More importantly, it highlights the many ways in which Indian women are taking care of their families, something new in a tradition where parents are not supposed to “take” anything from their daughters.

What I would be interested in seeing though, is an ad where a daughter who is married, still supports her parents financially. In this case, it is evident that the daughter is single and living at home with her parents. Nonetheless, it seems to have struck a chord with viewers.

With working women in India no longer a rarity in any sector (even if women in leadership roles are scarce), some ads reflected that. This ad for MIOT hospitals is interesting for what it doesn’t focus upon – the pilot’s gender. She’s just a pilot who happens to be a woman, and needs support on a gruelling job, like any pilot would.

An ad for the Mia range of jewellery from Tanishq is explicitly targeted at working women in India.

Attempting to be tongue-in-cheek, it suggests that jewellery can offer some solace for a hard day at work – but at least, brands are waking up to the fact that women’s problems go beyond choosing the day’s wardrobe.

Problems like heart health, for instance. Have you noticed that despite the evidence on women and cardiovascular disease, ads shows a woman worrying about her man’s heart only, never her own? This Britannia commercial for Vita Marie Gold surely deserves some kudos for having an Indian woman who wants to show her heart some love. (And it says something about Indian women in advertising that I can’t think of another one!)

The rise of women entrepreneurs in India is something we have been covering, and brands are slowly waking up to it. Some ads that cover this trend in different ways are the Tupperware ad with the Founder of BPO Desicrew, Saloni Malhotra and Google India’s commercial with noted food blogger and home-based Chef, Archana Doshi.

In case you don’t follow ads yourself, don’t let this selection of noteworthy ads fool you into thinking that working women in India are now abundantly represented in advertising. The converse is true – unpaid work at home is almost always shown as being done by women.

The fact is that I (and most people I asked) had to think really hard to come up with a few examples. Freelance Writer Smriti Lamech puts it wryly, “Perhaps the most significant thing is that I can’t remember a single ad with a working woman. I’m sure there are plenty but none of them enough to leave an impression. The most played out ads that come back to mind are mothers in sarees with the pallu tucked into the waist (because stay at home moms *only* wear sarees) who either make you bowls of healthy Maggi, Horlicks or tell you it’s okay if your shirt is covered in mud.”

Is that a representation of India’s leaky pipeline when it comes to working women or just that most advertising tends to play safe and working women in India are still seen as ‘exceptional’ characters, not ‘normal’ ones? Even in categories like two-wheelers or cars, with long commutes in metros and more Indian women buying vehicles, few working women are to be found, although ads showing vehicles as “fun” for women are not rare.

As for working women in blue-collar jobs or in the unorganized sector, you would be hard put to find any, and certainly not in a leading role in any ad.

I’m going to end this list with an ad for Sweekar refined oil that shows both a working woman and a homemaker.

What do you think? Is that just a bristly boss who happens to be a woman or another example of how female bosses are held up to a different yardstick than that for men?