Women’s health is often neglected; learn about heart attacks in women and how it is a growing threat to many Indian women. 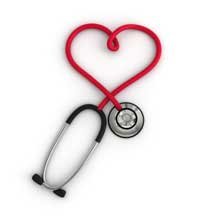 Women’s health is often neglected; learn about heart attacks in women and how it is a growing threat to many Indian women.

The number of Indian women with cardiovascular illnesses is on the rise. The first set of results from the Million Deaths Study (Link to results: PDF), the largest exercise of its kind to gather actual data about mortality in India, states that cardiovascular diseases have emerged as the largest killer across the board, in urban as well as rural areas, and among both men and women.

Causes of heart attacks in women

Lifestyle and dietary changes are a big factor in the rise of heart related ailments. Urban Indians, both men and women are eating more processed food and leading more sedentary lives than ever before. The lack of proper exercise, unbalanced diets with a high proportion of carbohydrates, stressful careers, smoking and drinking all contribute to risks associated with cardiovascular disease, with heart attack being one of the most common manifestations.

Women may be at higher risk of heart attack, according to a study on the relationship between foods with a high glycemic index and the risk of heart disease conducted by the Fondazione IRCCS Istituto Nazionale dei Tumori, Milan. It showed that women with diets rich in foods with a high glycemic index such as white bread, sweets and sugary cereals showed an increased incidence of coronary disease. This happens because high carbohydrate diets increase blood glucose levels as well as the levels of triglycerides while reducing the levels of protective good cholesterol.

Dr. Aashish Contractor, Head, Department of Preventive Cardiology and Rehabilitation, Asian Heart Institute, says, “Indians are genetically prone towards Heart Disease, and women are at a greater risk post menopause. Older women do tend to ignore symptoms and not go in for regular check ups, leading to greater complications. The number of women suffering from heart related ailments is going up, and this is because lifestyle related ailments are also going up.”

Lifestyle diseases such as Diabetes which are on the upswing among urban Indians also add to the risk.

Lifestyle diseases such as Diabetes which are on the upswing among urban Indians also add to the risk. According to Dr. Contractor, “Higher sugar levels lead to a greater risk of heart ailments.” He maintains that the only way to prevent cardiovascular ailments is to adopt a healthy lifestyle. “The rules are simple. Eat right. Eat light. Exercise for 30 to 40 minutes, for a minimum of five days a week, at moderate levels to start with. Keep your sugar and cholesterol levels within limits through diet control. Quit smoking and alcohol.”

Experts also state that the arteries of women are narrower when compared to men, making them more susceptible to coronary disease. This means that coronary and heart diseases need to be more aggressively managed in women than men. Narrower arteries also make medical interventions more difficult.

Another factor most cardiologists stress on when it comes to women’s health is neglect. Women often neglect their symptoms because they are conditioned not to take their health as seriously. In the traditional family, a woman is always the last to take herself to the doctor if she is ill while the main focus in health matters is the children or the husband.

In the traditional family, a woman is always the last to take herself to the doctor if she is ill.

It is also wrongly believed that women are not prone to cardio vascular ailments; due to this, most women are not aware of what symptoms they should watch out for. Since women have fewer symptoms and breathlessness rather than the chest pain that men suffer, it tends to go unnoticed. Dr. Contractor agrees. “Women should be alert to note any feelings of breathlessness and discomfort and get the necessary check ups done, after consulting their general physician, especially if they are hypertensive, diabetic or have high levels of cholesterol.” If you are above 30, it is always a good idea to get a master health check-up done, especially for those with a higher genetic risk of heart disease.

A healthy heart for Indian women

1. Cut out saturated and trans fat intake. You can do this by cutting down drastically on the intake of solid fats such as butter and ghee.

2. Choose your protein sources with care.

Opt for low fat protein sources. Meat, poultry and fish along with dairy products and eggs are great sources of protein, but also high in total fat, saturated fat and, cholesterol. Make sensible food choices such as skim milk rather than whole milk, skinless chicken breast rather than fried chicken patties and fish rather than red meat. Oily fish like salmon are healthier because they’re rich in omega-3 fatty acids which help lower triglyceride levels and could possibly reduce the risk of sudden cardiac death. Legumes are a good source of protein and have no fat or cholesterol. Soya is another great substitute for animal protein.

Whole grains such as ragi and jowar are high in fiber which reduces cholesterol levels. They are also important sources of vitamins and minerals, such as thiamin, riboflavin, niacin, folate, selenium, zinc and iron.

5. Finally, be aware of your body. Eat responsibly, exercise diligently, and keep your sugar and cholesterol levels in control either through diet control and exercise or medication if required.

It might just be that edge you need to fight cardiovascular illness, if it ever happens to you.