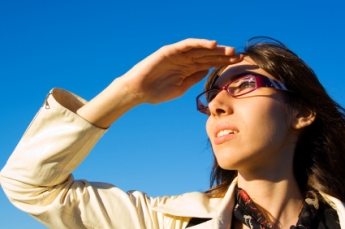 As they climb the corporate ladder, women at work find that being the female boss invariably leads to gender stereotyping.

According to the Work & Power Survey conducted by Elle and MSNBC.com, stereotypes about gender and leadership are still very strong. The survey found that negative attitudes about female leaders are still blocking women from reaching boardroom positions and that a lot of women employees themselves harbour negative attitudes about women leaders. Men were perceived as being more effective leaders as compared to women who were perceived as being either of the two extremes, too soft and emotional or total slave drivers.

We asked around to see what people think about female bosses, and which stereotypes prevail here in India.

One commonly held idea about women bosses was that they are emotional and therefore less likely to be rational, whereas the male boss, most people felt is more likely to take decisions rationally. What can actually be a strength – being intuitively able to sense things and use one’s gut feel, is seen as a liability when it comes to the workplace.

Says Pankaj Ramanathan*, EA to a female Director at a media group, “She is empathetic, understanding, but quite touchy. Some days we have to walk on eggshells around her, because one never knows what can make her fly off the handle. We all joke, rather nastily, that maybe, she is PMSing.” But having said that, he also admits that his boss is more likely to listen to a staff member with personal problems, and try and counsel the person rather than haul them over the coals for any goof-ups.

Some female bosses get flak for being assertive, demanding and playing the game by male rules. This is the stereotype of the female tyrant boss who is wedded to her job, has no personal life worth speaking of and expects absolute subservience from her staff as well as similar dedication to the job. MSNBC quotes Deborah M. Kolb, the Deloitte Ellen Gabriel Professor for Women and Leadership at the Simmons School of Management and author of “Her Place at the Table: A Woman’s Guide to Negotiating the Five Key Challenges to Leadership Success” on the subject. She says, “In our society, leadership has been coded as masculine. To be a leader you have to be decisive and take charge. That fits fine for men, but when women do it they get labeled.”

In our society, leadership has been coded as masculine. To be a leader you have to be decisive and take charge. That fits fine for men, but when women do it they get labeled.

Some women bosses do manage to get the work done without getting into ‘bitch’ territory. Says Amy Fernandes, Editorial Director, Jade, “I emphatically believe that your content — the stuff that you bring to the table is what counts. Which is why in my line of work, I’m afraid I cannot be anyone but myself… I do realise that people expect you to behave like the ‘boss’. Act tough, walk tough, talk tough, dress tough. To that, my answer is – forget it. Be yourself. It’s why you’re boss in the first place.”

When a female boss brings what are seen as ‘feminine’ skills to the management of people and organizations, she risks getting termed a pushover. Some female bosses avoid a confrontational leadership style and instead use a management style that is nurturing and relationship oriented – for e.g. taking an interest in the family of her staff or focusing more on team building. Says Sonia Bhatia*, Marketing Manager, “They (women bosses) understand some things much better than the men, especially when it comes to domestic issues. So you can discuss personal stuff and take advice. They will probably understand much better if you need some time off for personal reasons, while the men won’t, since they are not much into domestic issues themselves.”

Many women who have risen to senior positions use their innate nurturing skills to add a personal touch to their relationships with their juniors. However, it is this gentleness and nurturing style which gets female bosses mistaken for being too soft on their staff, and being pushovers.

Female bosses also get accused of creating in-groups of favoured staffers, to whom all the plum projects, trips, etc go. The female boss is perceived to behave like the archetypal Queen Bee with the few favoured worker drones around her to ensure she stays in top mood and form. Also, some women bosses are accused of surrounding themselves with other women, which makes the male members of their teams uncomfortable, although women have no hesitation working in largely male teams!

Some women bosses are accused of surrounding themselves with other women, which makes the male members of their teams uncomfortable, although women have no hesitation working in largely male teams!

Says Sairee Chahal, Co-Founder, Fleximoms, “Personally, I see that discomfort creeps in when hiring young graduates from B-schools or professional colleges for us. The moment they learn we are a ‘women-heavy’ team, they are not sure they want to be here. It is part of social conditioning. A woman is more likely to break into an all male-domain but the chance of men breaking into women’s domains are relatively lower.”

Some we spoke to accused female bosses of getting personal with team members when differences arise. They can get vindictive, harbour grudges and resentments for a long time, and let these affect appraisals, according to some of the people we spoke with. Says Yamini Lodha*, Journalist, “I think the basic difference I’ve observed is that with women bosses everything gets personal. If they’re friendly they want to know about your relationship with your in-laws. If they hate you, they’ll ensure you never get that junket to Italy.”

Of course, not everyone we spoke to had such negative perceptions. Meeta Sengupta, Director, Centre for Education Strategy, who worked at ICICI, talks highly of her female bosses. She says, “These women were all solid performers, very task oriented. As bosses, they were able to demonstrate high IQ and EQ, never forgot about personal issues, never forgot a mistake, never forgot to praise and never forgot to raise the game for us. They were even handed bosses, never afraid to speak straight. In fact they always batted with a straight bat with male and female subordinates. And that’s why they were loved, because they were firm, but fair.”

The frequency with which negative views came up, however, was startling. The prevalence of these stereotypes perhaps says more about the ideas held by society than about female bosses. There was this telling statement by a young, upwardly mobile male management graduate we talked to for this piece (from one of the top management schools), “I’m all for women’s liberation, but somehow I would be uncomfortable reporting to a female boss.”

Many studies have shown that women are no less capable as bosses, although the perceptions may be different. Sairee Chahal sums it up when she says, “As a role, being a boss is a tough place. The bucks stops with you and that has very little to do with whether you are a man or woman. Personally, I don’t think being a woman impacts my working relationship but the fact that when it comes to keeping up to the delivery promise, I am accountable.”

The Tricky Issue Of Gender At Work

Q&A: How To Socialise At Work